Armando Peraza is one of the most important and revered figures in the world of Latin percussion. A legendary master on both congas and bongo, whose unorthodox style and rich history are inspirations to countless younger musicians, many of today's top percussionists cite Armando as one of their biggest influences.

Armando Peraza was born in Havana, Cuba, on May 30, 1924. At the age of three he lost his father, Jose, to pneumonia. When he was seven years old, his mother, Francisca, died of liver failure. He lived with several different relatives over the next few years but by the time he was twelve years old he was supporting himself and living on his own.

He became proficient on the congas and bongos while playing with various bands in Cuba. By the late ‘40’s he was in the band Conjunto Kubavana, which at the time included his friend Carlos ‘Patato’ Valdes. Between 1944 and 1947, Conjunto Kubavana did a series of recordings for RCA Victor that included trademark boleros as well as guarachas.

Upon arriving in New York City in 1949, Armando was an instantly sought-after musician, especially in the contemporary Bebop and Latin Jazz scene. He proceeded to build upon a reputation of amazingly fast, complicated handwork, experimental techniques and a flair for showmanship. He thrived in progressive settings that combined Jazz and Afro-Cuban idioms and was at the vortex of a new musical expression named "Cubop." He has performed on more than 100 albums and is the songwriter of more than 40 songs. Some of these works include collaborations with Mongo Santamaria, George Shearing in the ‘50’s, Cal Tjader in the ‘60’s and Carlos Santana with whom he was with from 1972 to 1990.

During his long and prolific career, which has spanned more than 60 years, Armando Peraza has also performed and recorded with such musical icons as Charlie Parker, Dizzy Gillespie, Machito, Josephine Baker, Art Tatum, Dave Brubeck, Eric Clapton, Linda Ronstadt, Frank Zappa, Rick James, Aretha Franklin and Jaco Pastorius. It's been noted that this cumulative, wide ranging, eclectic musical experience has arguably made Armando Peraza the most traveled and widely-heard percussionist.

He returned to his native Cuba in 2002, his first trip to the island in more than 50 years. In January 2003, LP unveiled the new LP Accents Armando Peraza Signature Series Congas and Bongos as a tribute to this percussion icon..

Now in semi-retirement and living in California, Peraza continues to hold workshops and play at jazz festivals around the world. Now in his 80s in 2005 he appeared on a recording by Bay Area musician John Santos. Santos' "20th Anniversary" set included the piece 'El Changü�- De Peraza', which highlighted Peraza's superb bongo playing.

In July 2006 Peraza, made a rare appearance with Santana at the Montreux Jazz Festival in Switzerland. Later, in August 2006, Peraza appeared at the San José jazz festival in California, sitting in with the Julius Melendez Latin Jazz Ensemble, as well as giving a drum clinic with Raul Rekow and Karl Perazzo, both of Santana. Also in 2006, Armando recorded with Bay Area pianist Rebeca Mauleon's album "Descarga en California." Show less 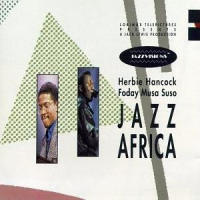 All About Jazz musician pages are maintained by musicians, publicists and trusted members like you. Interested? Tell us why you would like to improve the Armando Peraza musician page.