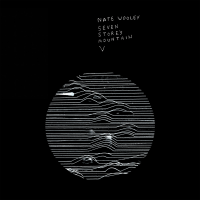 Nate Wooley has a fairly traditional early background having played trumpet in his father's big band as a teenager. His departure from convention was quite radical as he went on to work with the likes of John Zorn, Anthony Braxton, Ken Vandermark and Evan Parker. Wooley is one of an innovative strain of trumpeters who view composing for their instrument as something more holistic to a given environment and period. Wooley's trumpet becomes the vessel of time, shape-shifting, mutating and creating sounds outside the natural scope of the instrument. He works with a focus toward his creative strengths, which are fortunately numerous and open. His solo release, Almond (Pogus, 2011) was an ambient hour-long experiment in the subtle shifting of a single tone. In contrast, (Sit In) the Throne of Friendship (Clean Feed, 2013) frequently takes melodic passages, smashes them to pieces and reassembles them in ways that may, or may not, be familiar to the original theme. An entirely alternative universe takes shape in Seven Storey Mountain V.

The fifth in a series of seven extended works, originally commissioned for the Festival of New Trumpet, Seven Storey Mountain V is the most orchestral of Wooley's entries to date. From the series inception, the formation has grown from a trio of Wooley, David Grubbs on harmonium and free jazz percussionist Paul Lytton, to a nineteen person ensemble. The large group well suits the composer's overarching artistic goal to compose music that assimilates many human characteristics of communication, presenting those features as a collective or, at least, a shared experience.

The album consists of only the title track, running just under fifty minutes. From a stately crescendo to the simple sound of a lone bell, Seven Storey Mountain V takes its time in rebuilding from that austere phase. When it does, amplified violins, electronics and brass buzz quietly at first then take off in a more frenzied flight; the brass and stings eventually colliding in disarray. Wooley takes the ensemble back into the twist of a heavily orchestrated motif and closes with a more minimal treatment of the piece, the lone bell again taking the composition to its conclusion. There is less of the relentless density and harsh eruptions that frequent Wooley's work.

Seven Storey Mountain V is a significant benchmark in Wooley's career which continues to grow in notoriety. He is a 2016 recipient of the Foundation for Contemporary Arts Grants to Artist Award and the curator of Database of Recorded American Music, an online research tool. Wooley is also the editor of Sound American, a journal aimed at positioning creative music in a more accessible manner. Seven Storey Mountain V would make a perfect case study in that venue. It is an ambitious and engaging work that deserves a wide audience.