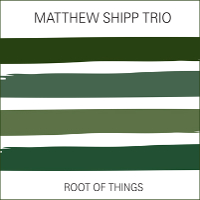 The third album by pianist Matthew Shipp's trio with bassist Michael Bisio and drummer Whit Dickey persuades as their strongest yet, no mean feat after the live disc included on The Art Of The Improviser (Thirsty Ear, 2011) and Elastic Aspects (Thirsty Ear, 2012). Over the six cuts from this 2013 studio session they restate their case to be considered one of the premier contemporary piano threesomes, supremely cohesive and thoroughly convincing in Shipp's unique idiom combining insistent themes, darkly thunderous voicings and crystalline romantic lyricism.

In Bisio, whose resume boasts stints alongside multi-instrumentalist Joe McPhee and saxophone iconoclast Charles Gayle, Shipp has found the perfect foil: someone who can match him blow for blow in a blizzard of notes or spin off stirring tales at the drop of a hat, while continually providing expressive plangent counterpoint. Dickey, who studied with Milford Graves and helmed David S. Ware's classic quartet for several years in the mid 1990s, while comparatively unobtrusive, adds layers of detail keenly appreciated on repeated listens. By not closing down any option, his multiple rhythms particularly suit the leader's predilection for abruptly shifting in and out of time or between tempos.

On the title track another of Shipp's trademark soulful but nagging refrains, set out in unison by piano and bass, anchors the sparkling but relaxed collective. Typically it acts as a recurring motif but doesn't necessarily trigger the ensuing extemporization. Involved group discourse remains the defining characteristic, though two lovely individual moments illuminate the aptly named "Jazz It," which veers between infectious swing and choppy interplay. In the first Shipp's reiterated chords become more and more bottom heavy before a sprightly relaunch, while later Bisio heralds a return to meter with a spine tingling sequence of downward slurred tones.

Solo introductions to the remaining numbers showcase each member of the triumvirate. Among the most notable, Bisio initiates "Path" by creating a call-and-response dynamic between his plucking and bow work, while the throbbing "Pulse Code" opens with a rare feature for Dickey in which he synthesizes Graves and Elvin Jones in an urgent boogaloo. Such parts are wonderful, but the whole is sublime.