By Nenad Georgievski
January 24, 2015
Sign in to view read count 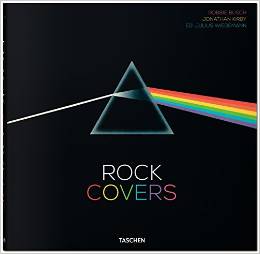 Most common opinion is that fine art is something that can be found adorning the walls of galleries, studios or museums. But one of the most unusual places where interesting, engaging and groundbreaking art can be found is on various album covers. Many visual artists, throughout the years and regardless of genre, have created visual artworks for various artists and labels, that are so recognizable and deeply interwoven within the music content that are simply inseparable in the minds of the music fans. The sleeve designs and the whole experience have made the music almost tactile, and it enticed the listeners, even the potential ones, about what lies in. The music business these days is more about downloads, streaming and Youtube, but a fine album cover is still vital for the success of any new music.

The history of cover album designs goes a long way, but until 1938 before graphic designer Alex Steinweiss came up with the idea to put something else on the cover in order to attract more customers, all album covers were used for product commercials or were packed in brown wrappers. Very soon his ideas about designing covers for records were accepted and applied by every record company. Ten years after Steinweiss introduced his illustrations for the record covers, Columbia records presented the LP format which served as an even better platform for presenting a graphic design. And as seen, cover art is a very influential factor in the success of many records. Many designs are instantly recognizable and memorable—like The Beatles' Abbey Road (Apple, 1969) and Sgt. Pepper's Lonely Hearts Club Band (Parlophone, 1967) or Pink Floyd's Dark Side of the Moon. (Harvest, 1973)

Floyd's rainbow through a prism design became a logo for the band and in the eyes of the designers, the "Hipgnosis" studio, it summed up the band. Since the record was sold in 65 million copies it meant that 65 million of people have seen it. This iconic design with the triangle also adorns the covers of a great book by Taschen titled Rock Covers which traces the history of some of the greatest rock cover designs ever. The book features more than 750 album covers by all kinds of bands and musicians throughout the years augmented by brief commentaries and anecdotes related to the making of the covers. What this book shows is how personable art form is the album cover design. Undoubtedly, the cover design is part of the emotional connection that people feel about their favorite music. How many times people have looked at the cover sleeves while listening to the music.

Apart from the covers, the book offers some pathways into the realm of cover art making through interviews with various designers and photographers like photographer Henry Ditz, whose photographs have adorned hundreds of album covers, from The Doors to The Eagles, designer Vaughn Oliver of 4AD fame, whose work redefined the looks of many indie bands and along the way it influenced an army of designers, singer Chris Robinson of Black Crows fame, designer and musician Richard McGuire and Norton Records founders Miriam Linna and Billy Miller. Another chapter belongs to 10 collectors who name their own Top 10 record covers.

From singer Elvis Priestly to bands such as The Doors, Sonic Youth, Nirvana, the album art, more than any other art form, as presented here in this book, depicts the many cultural aspects and changes that societies have gone through. The change of fashion, lifestyle or politics can be followed through the album cover art. Some of the artwork is still relevant today while some is emblematic of its time. As with any other Taschen publications, this book is well structured, with plenty of details and information. The many covers are printed in various sizes and every detail indicates of that mental connection that exists between cover art and the musical experience. Through its many voices and every detail that blend in complex counterpoint, Rock Covers makes a claim that sight and sound do belong together.