On January 10, 1994, Pink Floyd announced its upcoming North American tour in support of what would be its second studio album following the 1984 departure of bassist and band co-founder Roger Waters, The Division Bell (Columbia/EMI), a little more than two months before its release on March 28 of the same year. The first of two 196 foot-long, 67-foot high, 7,000 pound (without the helium) painted airships made a record-breaking, three-week trip from North Carolina to Los Angeles, with ... 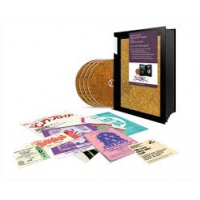 Lavishly designed and annotated packages on the order of Pink Floyd's The Early Years (Sony-Legacy, 2016) would be meaningless if the enclosures didn't so warrant the concepts. But the fact of the matter is content on the high order of Obfusc/ation 1972 demands treatment comparable to a precious books in an extensive library. The set, one of six now available separately after being originally released as part of a set, stands on its own terms as a piece of history ... 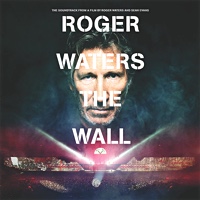 Roger Waters and Sean Evans Roger Waters the Wall Universal 2014 It is interesting how things from a distant past still resonate deeply with people even decades after they were first made and introduced. Pink Floyd's seminal album The Wall (EMI, 1979) was the pinnacle of this band's career, both artistically and commercially, arriving as a culmination after a decade of meteoric successes with one of the most successful recordings of ...

Roger Waters and Sean Evans Roger Waters the Wall Rue 21 Productions 2014 It is interesting how things from a distant past still resonate deeply with people even decades after they were first made and introduced. Pink Floyd's seminal album The Wall (EMI, 1979) was the pinnacle of this band's career, both artistically and commercially, arriving as a culmination after a decade of meteoric successes with one of the most successful recordings ...

Hipgnosis Portraits Aubrey Powell 288 pages ISBN: 0500517630 Thames & Hudson 2014 When I was a kid I used to regularly search through my uncle's vinyl collection and there was one particular photograph that continuously arrested my attention and imagination -the inner sleeves of Pink Floyd's Wish You Were Here. (Harvest, 1975) The photograph of two people shaking hands while the other one of them was in flames was very fascinating and ...

Rock Covers Jon Kirby, Robbie Busch 552 pages ISBN: 978-3836545259 Taschen 2014 Most common opinion is that fine art is something that can be found adorning the walls of galleries, studios or museums. But one of the most unusual places where interesting, engaging and groundbreaking art can be found is on various album covers. Many visual artists, throughout the years and regardless of genre, have created visual artworks for various ... 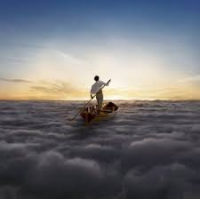 In the past several months the world of music has been shaking with sudden announcements and surprising releases by various artists. When Pink Floyd announced that it will be releasing its 15th studio album it seemed like the Earth stopped rotating for a moment. After all, its band members quietly retired this seminal band from active music making and in the past 20 years concentrated more on archival releases and reissues, and turned their attention more on solo records or ...