By Kyle Simpler
March 10, 2020
Sign in to view read count
Twice a year, I find myself in a long line before sunrise waiting for my local record store to open. It might be rainy or cold, but I'm always there along with a large group of other people waiting patiently. Why do we do it? Simply because it's Record Store Day, and for many record collectors, this is an event you don't want to miss.

While many already know about RSD, there are plenty of music lovers who might not be familiar with it. For those already familiar with RSD, you might want to skip ahead to this year's jazz list; if not, please read on.

Record Store Day started in 2008 and in the years since, it has become something of a ritual event for a lot of people like me. This is when record companies release special editions of albums that are only available for a limited time. It's a first come, first served situation, and once they're gone, that's it. Some releases might be available in digital form, but the vinyl copies generally don't last too long. While the albums that come out cover a wide range of genres, there will always be some jazz releases included.

This year's RSD will be on Saturday, April 18, and the RSD website just published a list of albums coming out, and several jazz albums are in the offering. Some of the artists featured are Ron Carter, Don Cherry, Miles Davis, Bill Evans, Dizzy Gillespie, Jimmy Giuffre, Dexter Gordon, J.J. Johnson and Kai Winding, Charles Mingus, Thelonious Monk, and Charlie Parker. Instead of describing every release, here are some of the ones that I believe will be among the major hitters: 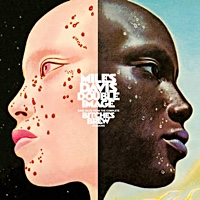 Miles Davis—Double Image: Rare Miles from the Complete Bitches Brew Sessions. Legacy Recordings. This one should make any Miles collector happy. As the RSD website mentions, this is a double album "featuring ten embryonic recordings that paved the way for the final album." It's limited to 6000 copies, and it's pressed on red vinyl.

Bill Evans—Some Other Time: The Lost Session From the Black Forest. Resonance Records. This was the first Bill Evans RSD release from 2016, and it's getting reissued this year because of popular demand. While the CD of this album is available, vinyl copies are hard to come by. Many online sellers list the 2016 release for $200 or more. This one is a double album that's limited to 3500 copies.

Dizzy Gillespie and Charlie Parker—Town Hall New York City, June 22, 1945. Premium Cool Records. This is a previously unreleased recording, which the RSD website describes as "the equivalent of finding the Buddy Bolden cylinder." Pressed on colored vinyl and limited to 1200 copies.

Jimmy GiuffreThe 3 & 4: New York Concerts. Anagram Records. Jimmy Giuffre was an important figure in West Coast jazz and an innovative composer as well. These recordings from his "lost decade," were originally released on CD in 2014 and are now being issued on vinyl for this year's RSD. This one's limited to 1500 copies. 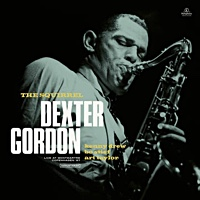 Dexter Gordon—The Squirrel. Rhino/Parlophone Records. This is a double LP, live recording from 1967, featuring Gordon along with Kenny Drew, Bo Steif, and Art Taylor. There are only four songs on the album, so there's definitely going to be some excellent improvisation on this one. It's limited to 1500 copies.

J.J. Johnson and Kai Winding—Stonebone. This album by two of jazz music's most legendary trombonists has been unavailable since its original Japanese release in the 1970s. According to the RSD website, original copies can "sell upwards of one thousand dollars." The lineup includes Johnson and Winding along with George Benson, Herbie Hancock, Bob James, Ron Carter, and Grady Tate. This one's limited to 4000 copies and pressed on red vinyl.

Charles Mingus—Mingus Ah Um Redux. Get On Down Records. This double album features the classic 1959 release paired with a second album consisting of tracks previously unreleased on vinyl. This one is limited to 2000 copies.

Thelonious Monk—Palais Des Beaux-Arts 1963. Tidal Waves Music. These are recordings being released in cooperation with the Monk Estate, and according to the website, they "were never issued on any format before." This is a limited run of 1000 copies. 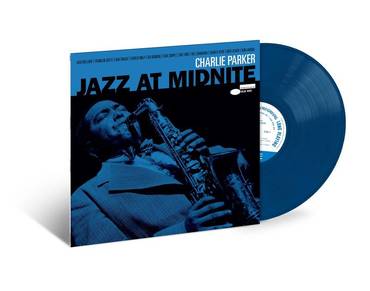 Charlie Parker—Jazz at Midnite. Blue Note Records. The release features live recordings from 1952 and 1953, featuring Parker with Max Roach, Charlie Byrd, Zoot Sims, and others. Limited to 4000 copies and pressed on blue vinyl.

This is only a sample of the records coming out, so you might want to look over the list. There's also a good chance that some of the albums on the list will not be available in every store, but there should be no problem finding some excellent albums. Trust me, there's something for just about any music fan. It's coming up soon, so mark your calendars.

For the entire list of 2020 releases, go to recordstoreday.com. 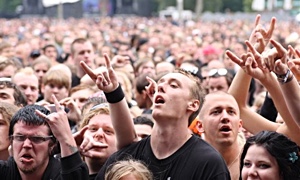