By Friedrich Kunzmann
November 2, 2017
Sign in to view read count 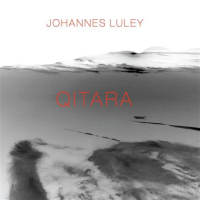 Having made a name for himself with recent and ongoing progressive rock formation Perfect Beings, Johannes Luley released his debut record Tales From Sheepfather's Grove in 2013. While said effort was of rather mesmerizing and ambient nature, strongly inspired by Jon Anderson's Olias The Sunhillow, the guitarists current outing Qitara reflects his continuing explorations of the jazz world and the many possibilities of guitar manipulation. With the support of an impressive cast of musicians Luley has crafted a versatile collection of songs, spanning from classic-, as well as modern jazz-fusion induced pieces to straight forward progressive rock tunes.

The album opens with the latter, promising an adventure packed with syncopated rhythms and heavy guitar riffing, only to be followed by an exercise in guitar-fusion, reminiscent of Pat Metheny's ventures with the Pat Metheny Group. Here the depth in arrangement comes to show, exemplified by the introduction of beautifully tempered trumpet lines from Michael Hunter. Continuously jumping back and forth between genres, Luley demonstrates his wide array of sounds and influences, leaving the listener stunned as to how well he masters the multiple approaches to composition and execution. Songs such as the sole vocal feature "Sister Six" or "Red and Orange" will satisfy the progressive rock enthusiast. "Faces in Reflection," "Upness" or "Agni Rahasya" on the other hand are examples of classic '70s fusion, bringing the likes of Return to Forever and Mahavishnu Orchestra to mind. Though for the most part a guitar focused album, Luley leaves plenty of space for his fellow sidemen to take over, this being especially apparent on "Red and Orange," where Scott Kinsey gives a lesson on frantic synthesizer sextuplets, surely making Keith Emerson proud.

While not the most coherent compilation of ideas gathered on a disc, one must appreciate them for being so well produced and composed. A more cohesive concept record will likely follow with the third Perfect Beings release in January.