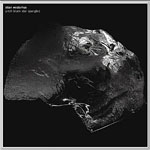 With advances in technology allowing musicians to turn real-time solo performances into works of near-orchestral expansiveness, the concept of a solo guitar album has become something much different than when guitarists like Lenny Breau turned the instrument on its side with Five O'Clock Bells (Genes, 1977), deceptively sounding like the work of two guitarists with no overdubbing, no effects. There's little in the canon of solo guitar—with the possible exception of Derek Bailey and Fred Frith—that can prepare or set precedence for Norwegian guitarist Stian Westerhus and Pitch Black Star Spangled, an album that utterly redefines the concept of solo recording.

Since returning to Norway after spending a few years in England, Westerhus has wasted no time getting his name out there, working with everyone from Jaga Jazzist and Crimetime Orchestra, to Puma and his regular gig with trumpeter Nils Petter Molvaer. Westerhus' personal emphasis has increasingly focused on solo performance, and his show at Nattjazz 2010 more than amply demonstrated his complete and utter irreverence for convention and guitar orthodoxy—a disregard that doesn't negate his inestimable core talents as guitarist and sonic manipulator, but which does suggest that those looking for conventional constructs of melody, rhythm and harmony need to look elsewhere. Those doing so would, however, miss out on some of the most exciting new music on the instrument since another Norwegian innovator, guitarist Eivind Aarset.

Westerhus demonstrates that electronics, extended techniques and no small amount of noise can not only be applied to harsher extremes, but profound beauty as well. What might leave most guitarists scratching their heads in wonder—how he does it—is unimportant. Only the result is, and for every abstruse, angular track like the extreme, Stuart H. Tresserian extrapolation of "The Antagonist," or "Music for Leaving"—where scratches, clicks, pops, brief moments of jagged distortion and pulsing low end throbs create a curious pulse—there's the hovering beauty of "Trailer Thrash Ballad," whose oblique melodies layer over soft, ambient washes.

Melody according to Westerhus, however, is unlike any melody you're likely to hear elsewhere. And his seamless use of a wide array of effects—played, truly, and with the same fluid ease as he does his guitar—means melodies that are likely to sound backwards, suddenly scream cathartically into the stratosphere, or evolve in a constant state of textural flux. And when Westerhus uses a bow, as he does on the serene "Don't Tell Me This is Home" and melancholy "Empty Hands Mirrored Softly"—or combines delay-driven pulses with high volume feedback on the visceral title track—there's little doubt that he's breaking new ground far more successfully than Pat Metheny did with the failed experiment of Zero Tolerance For Silence (Geffen, 1992).

Reflective of his live performances, but also taking advantage of the studio and sequencing to create a 46-minute album that reveals something new with each and every listen, Pitch Black Star Spangled is a masterpiece of solo guitar, positioning the boldly unrelenting Westerhus as an artist whose realized promise only suggests far more to come.