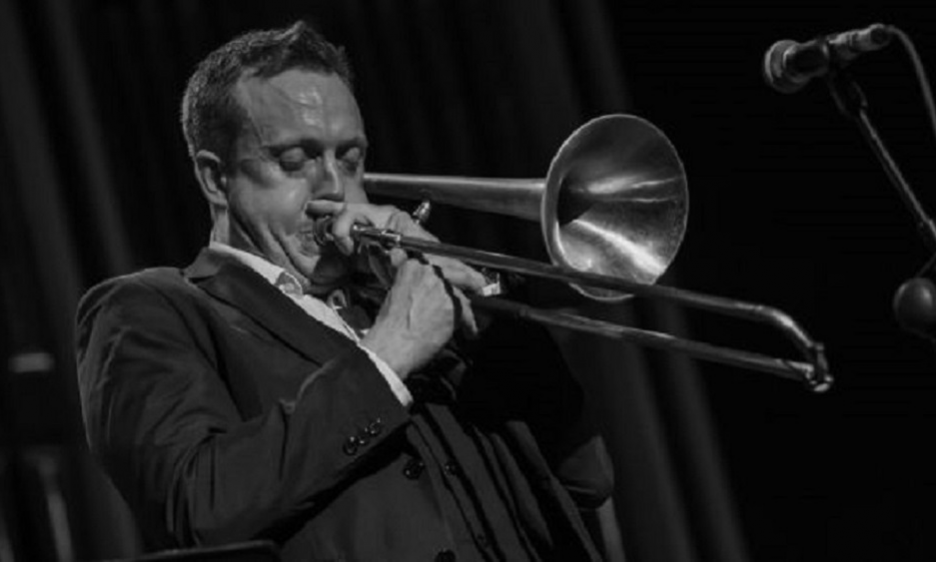 When you consider that some Belfast venues might struggle to get forty punters for a Monday night jazz gig, it is no mean feat that as many have turned out, in the middle of the Irish countryside no less, for Paul Dunlea's 4 Corners. It's a stellar line-up, with the Cork leader joined by some of the UK's finest in bassist Michael Janisch, drummer Andrew Bain and former Earthworks pianist Steve Hamilton. The venue too, is special. Maggie's Farm is a new house of music, nestled in the County Down hills on a former farm site.

The venue, which opened November past, is the initiative of former BBC Radio Ulster programme editor Maggie Doyle and her husband, the indefatigable Linley Hamilton—trumpeter, BBC Radio Ulster presenter and educator. With a capacity of forty seats, split over two levels, Maggie's Farm is intimate and snug, and most importantly, boasts good acoustics. In line with the very best music venues, its doors are open to all good music, regardless of genre.

The first set, a mixture of standards and originals begins with the Ray Noble classic "The Very Thought of You," which features early muscle flexing from Hamilton and the leader. Dunlea's is not a big sound, but there's a seductive quality in his melodious improvising that draws the listener in. Nowhere is the trombonist's gently persuasive voice better illustrated than during his solo on J.J. Johnson's ballad "Lament." Hamilton and Janisch, not to be outdone, are equally captivating on this brushes-driven number. It's as an arranger, however, that Dunlea is perhaps best known, and his original take on Paul McCartney's "Maybe I'm Amazed," which sees a burning solo from guest saxophonist Derek 'Doc' O'Connor, provides a highlight of the evening.

The tenor saxophonist, one of the finest from these shores, also rips it up on "Twists and Turns," an infectious, funk-fuelled tune from Dunlea's debut recording as leader, bi-polAr (Self-Produced, 2012). Dunlea is at his most expansive here, the sweat pouring down his face as he meets the bar set by O'Connor. In such close confines, the temperature in the room has risen perceptibly, and the interval allows a welcome blast of fresh January air.

The second set features Dunlea's four-part suite, the War of Independence, which has been premiered on the quartet's ten-day tour of the UK and Ireland. Commissioned by the PRS (Performing Rights Society), the suite is inspired by the Irish War of Independence (1919-1921). Before each movement Dunlea sheds light on the historical context, using select audio clips to bring the voices of the past into the present. "Frongoch" was the name of the Welsh internment camp where those captured in the 1916 Rising were sent. "The Big Fella," refers to revolutionary leader Michael Collins. "Constance" primarily honors Constance Markiewicz—the first woman elected to the Westminster parliament—and, Dunlea adds, also acknowledges the tremendous contribution of Irish women in general during the War of Independence. "Saoirse," the Irish for 'freedom' rounds out the suite.

Dunlea's War of Independence suite eschews facile dramatization. It's doesn't dwell in nostalgia, nor tug at the heart strings with heavy melancholy. Instead, the music is elegiac, lyrical, swinging and ultimately uplifting. Celebratory in tone, the suite invites warm, expansive interventions from the musicians, and no little fire. Bain's urbane rhythms infuse the quartet's straight-ahead language with an unmistakably contemporary edge, a nod, perhaps to the historical shock waves that have travelled from The War of Independence a century ago down to the Ireland of the present day.

Dunlea's War of Independence Suite, which was interpreted so beautifully this evening, is arguably the most personal and persuasive music that the Cork musician has yet composed. Whether or not this suite enjoys an extended life remains to be seen, but it will be a shame if the recording studio doesn't beckon. A memorable evening in Maggie's Farm, which thanks to Paul Dunlea's 4 Corners, banishes any lingering January blues.