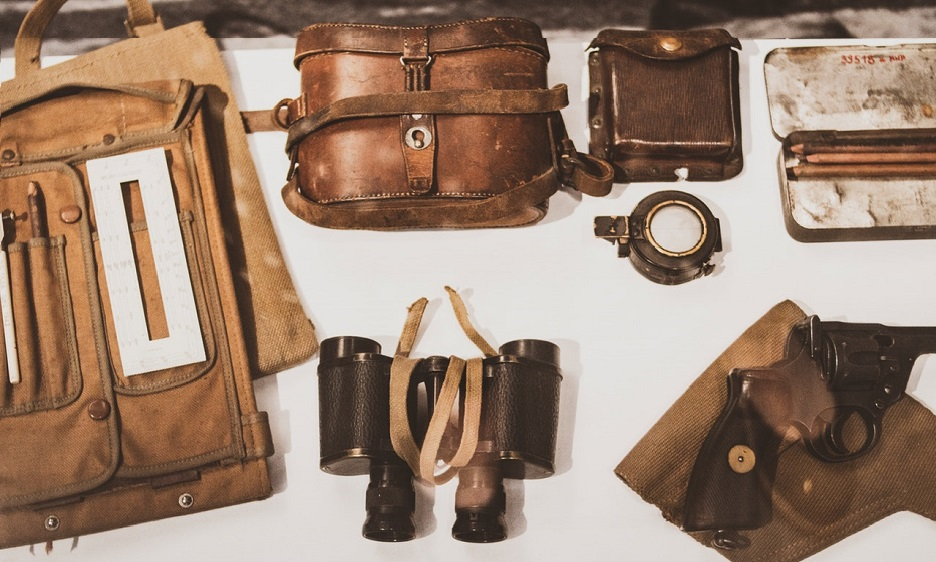 I've learned (too often the hard way) that keeping a few simple things on hand could mean the difference between a gig being a success or it being a disaster.
&#151B.D. Lenz

When I was younger I was a Boy Scout. I really enjoyed the experience and learned a lot from doing it. Probably one of the most important lessons I learned from scouting is one the simplest. The Boy Scout "motto" is be prepared and following that has helped in many situations I've faced as a bandleader. It's obviously expected that you'll bring your instrument and musical knowledge to a gig. But I'm going to suggest some other items to bring that you might not have thought of. I've learned (too often the hard way) that keeping a few simple things on hand could mean the difference between a gig being a success or it being a disaster. I'll give you the benefit of learning from my disasters.

In Boy Scouts I carried a first aid kit in case of emergencies. Accompanying me on my gigs is "the bag." In this bag are many of the common things you might expect it would have: books of charts; extension cord; pens; business cards; etc. But there are some other items that might not be so obvious. The first is an extra instrument cable. Every guitar case I own has a cable or two in them but should a cable have ended up in the wrong bag after packing up or just in case it simply doesn't work I know I have a backup. It's simple enough but may make the difference between you playing and not playing.

Second, is a power cable that could be used for an amplifier or P.A. Luckily they're pretty standard and could work for either. I figured this one out after showing up to a wedding with my P.A. only to find that the power cable was left at home sitting on my basement floor. I was saved only by the fact that my bassist had one for his computer sitting in his car. But, lesson learned, there's now a spare in my bag next to the instrument cable.

Next thing on the list is a source of music (iPod, mp3 player, phone) and the appropriate cables to hook it into an amp or P.A. If you're playing a private event it's common they'll want music while on a set break even if they didn't even think about this before you got there. To avoid the awkward quiet while you and your band are chomping down on Brie cheese, grapes, & crackers (the standard cocktail fare) you'll want to make sure, not only that you have a way to play music, but that you have the right connections to get it into a speaker. I keep an old mp3 player in my bag along with a cable that has 1/8," ¼," and RCA adaptors that'll work for nearly any system and I don't have to tie up my phone while on break.

Next in "the bag" are batteries for any guitar pedals or pickups that burn out. I also keep a roll of duct tape. Sometimes it's necessary to run a power strip or power cables across an area where people will be walking. To save the venue (and yourself) a lawsuit from Aunt Jenny who, while walking, eating and texting, tripped over your cord and broke her arm. Tape down any stray cables to avoid these liabilities.

Lastly in "the bag" are a bunch of clothes pins (or clothes "pegs"). No, I won't be doing any laundry. They come in handy for those outdoor gigs that require the reading of charts (if you haven't updated to a tablet). Clip the music to your music stand and your music won't blow away. Again, it's a simple item that could make the difference between you successfully playing your gig or running around chasing sheet music.

Being prepared also means knowing what to expect at the gig before you even show up. The basics (time, location, etc.) have probably been discussed but some of the fine details likely have not. For example, while you know how long you're expected to play, is there an expectation of a certain number of sets or length of breaks? If that's left to you be sure to manage your time well so that you don't have sets that are too long or too short. Maybe the venue doesn't even want you to take a break. Make sure you've discussed this in advance so everyone is on the same page.

Is there a dress code at this venue? If there was a contract signed which laid out all these details you should bring that with you as well. Don't assume they'll remember that you were entitled to two twenty minute breaks and the full lobster dinner just because they signed a contract agreeing to it a year ago.

Although it might seem obvious, you should be sure of what kind of music is appropriate for a venue. We all know that "jazz" is a VERY general term and there's a lot of very different music that can fall under the category of jazz. But it would probably be very unwelcome to play Coltrane's "A Love Supreme" when the expectation is something akin to Kenny G's "Songbird." You probably wouldn't have been hired if you didn't fit the profile for the venue but knowing what the volume and vibe expectations are, and being sensitive to it, will increase the likelihood you'll get called back. Admittedly, I've lost gigs for playing too loud or not dressed appropriately. I've definitely made my mistakes but I rarely made them twice. Being prepared also means knowing if there were any requests made by a client or patron? This is more for private or corporate events but it's something else to double check before showing up. In this regard, it's always good to have "Happy Birthday" at the ready as it usually gets requested about 2 minutes before they want to hear it. I keep charts for several other of the traditionals ("Auld Lang Syne,""Here Comes the Bride," "Hava Nagila") in my book just in case they too get requested. Clients usually assume that you have these songs at the ready but they're easy enough to throw in front of your band and make them believe that you did.

While some of this is really just common sense, it's always good to have a reminder. Most of us have to learn things the hard way, doing it wrong the first time. I encourage you to stock up your own "bag" so you never get it wrong. Take the time in advance and be prepared!