Mix the sophistication of jazz, the grit of Blues, and the grooves of funk and soul, and you have the recipe for contempo-jazz guitarist B.D. Lenz. The New Jersey native has played guitar since his early teens, is a graduate of Musicians Institute in Los Angeles, and has studied with such masters as Mike Stern, Vic Juris, and Charlie Banacos along the way. Lenz has released 12 highly-acclaimed recordings as a leader featuring greats such as Randy Brecker, Will Lee, Joel Rosenblatt, & Mark Egan and his music has been featured in hundreds of TV shows globally including "Breaking Bad" (AMC), "Catfish" (MTV), and "Young Sheldon" (CBS) to name a few 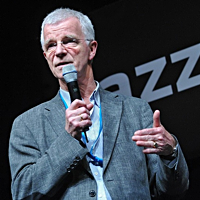 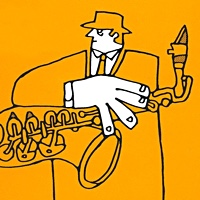 Although music is an auditory art form, for some, there has always been a strong visual component to it, particularly when album covers were at a high point. It's hard to imagine some of the most famous albums without simultaneously visualizing their iconic covers. At their best, they contribute to the ambience of the experience and ...

If there's one thing we've seen about artists over the centuries is that they often have a hostile relationship with the business end of making their art. Musicians are no different and jazz musicians often exemplify this. It could be due to temperament, it could be from bad experiences along the way, it could even be ...

Jazz is a tradition and traditions can't be possible without the people who pass along its knowledge . That's why I really wanted to speak to an educator on the front lines of teaching the new generations of musicians who's hands this tradition will be passed to. In it's earliest days, jazz education happened on the ...

In this episode of Chats With Cats, I caught up with Marcus Goldhaber who lives in a place with a very storied jazz history, the Harlem neighborhood in jny: New York City. To pin Marcus down to one job title is impossible because he does so many things. He's a singer, an actor, a club manager, ...

Continuing in my Chats with Cats articles I wanted to speak with an instrument maker. We often forget how important these artisans are to the tone and timbre of the music itself. Being a guitarist, I was excited to speak with Roger Sadowsky, a New York City based guitar and bass maker who has made instruments ...

I've always been interested in searching out opportunities for my music other than the usual places. Years ago I had sent my music around to several music libraries just as they were all beginning to come online. If you're not familiar with what a music library is, it's basically a collection of music and sound where ...