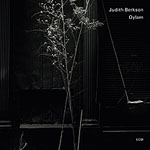 As renowned as Manfred Eicher is for his ability to scout out new talent deserving wider recognition, ECM's other regular (albeit less prolific) producer, Steve Lake, is equally worthy of similar consideration. Few others could have imagined the remarkable synchronicity of folk traditionalism and unfettered free play that came about when, after recruiting Robin Wililiamson for The seed-at-zero (2000), Lake pushed the British singer/songwriter into new territory by teaming him with Swedish multi-instrumentalist Ale Möller, and free improvisers Barre Phillips and Mat Maneri for The Iron Stone (2007). It's too early to tell if bringing Brooklyn-based singer/keyboardist/composer Judith Berkson into the ECM fold for Oylam will ultimately yield similar collaborative fruit, but this set of quirky originals, classical reworks, jazz standards, Jewish cantorial music and Yiddish folk songs is as unique, unconventional and compelling a solo effort as any the label has released in recent years.

Berkson's second disc after her 2008 debut, Lu-Lu (Peacock Recordings), the overall concept may be similar—music for voice, accompanied in unorthodox fashion on electric piano or organ (acoustic piano is only used on six of Oylam's fourteen songs). But Berkson's inclusion of just two Jewish song, amongst an original-heavy repertoire that reflect her past work interpreting the microtonal art songs of the late Joe Maneri, creates a pervasive, subtle but unequivocally moving spirituality throughout.

Berkson's instrumental chops are as broad as her source material, evoking abstruse majesty on the two versions of her own "Goodbye Friend" that bookend the disc—distantly hinting at the darker side of Erik Satie's compositional economy—while delivering a surprising reading of "All of You" that clarifies her intimacy with the jazz vernacular, even as she prismatically filters its iconic melody in ways that composer Cole Porter could never have envisaged. Her version of George Gershwin and Ira Gershwin's "They Can't Take That Away From Me" swings with requisite credibility, even as Berkson chooses, in an unusual move, to accompany herself on electric piano.

Berkson possesses a voice as pliant as the demands of the music, singing with cantorial reverence in an interpretation of the liturgical text "Ahavas Olam" ("Everlasting Love")— accompanied, curiously, by Hammond organ—and layering her vocals to build three-part harmony on the haunting, a capella "Hulyet, Hulyet." Elsewhere, she demonstrates an incredible ability to manage the non-melismatic but technically demanding intervals and precisely articulated chromaticism of original songs like "Inside Good Times," winding her way through oblique melodies that, were it not for the clear evidence otherwise, would be hard-pressed to fall into the category of "singable." There's beauty to be found, too, in particular Berkson's lyric interpretation of Franz Schubert's "Der Leiermann," even as the subject matter—as on most of Oylam—leans to the bleak, the stark, and the brooding.

ECM's affinity for singers is exceedingly select, but Oylam introduces, to a broader international audience, a singer worthy of inclusion in the small but significant club that already includes Norma Winstone, Sidsel Endresen and Susanne Abbuehl; distinct voices all, and ones who, like Berkson, prefer the road less traveled to the familiar and predictable path.

Goodbye Friend No 1; Brute; Inside Good Times; Clives; All Of You; Mi Re Do; Ahavas Oylam; Little Arrows; Der Leiermann; Fallen Innocent Wandering Thieves; They Can't Take That Away From Me; Burnt; Hulyet, Hulyet; Goodbye Friend No 2.