By BUDD KOPMAN
September 20, 2015
Sign in to view read count 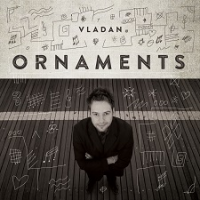 Pianist Vladan Mijatovic, who goes professionally by his first name only, has won Best Jazz Musician and Best Jazz Solo awards at the International Jazz Piano Competition in Freiburg, Germany in 2010 and 2011 and received a scholarship in 2010 to study at the Berklee College of Music. He is blessed with seemingly limitless technique with which to express what feels like a bottomless well of emotions.

To listen to his debut solo album Ornaments is to be engulfed by the whirlwind that is Vladan. His music mixes a classical sensibility with Balkan folk music coupled with improvisation, making him end up sounding like a modern Balkan Chopin merged with Oscar Peterson (to really stretch an allusion), from whom endless ideas flow.

The music has an intensity that runs underneath the waves of notes that flow from Vladan's fingers. While the music of Ornaments does not swing in the traditional jazz sense, he can swing with a vengeance as evidenced by the Music and Video pages on his site.

The tracks vary in the amount of apparent Balkan influence, and the rhythmic and scalar idiosyncrasies of that area's folk music are not always obvious; what is obvious is Vladan's ability to communicate his emotions through his music.

In the end, making music, any kind of music, is all about the performer connecting with his or her audience. This, Vladan does without question; his playing opens his heart to ours.