BY EYAL HAREUVENI
September 20, 2015
Sign in to view read count 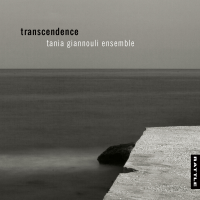 Giannouli wrote in her liner notes that this album is about her "Motherland"—Greece: "these suite of compositions reflect on themes of Time, Life and Creation based on impressions and experiences during hard times: the essential and the trivial; lies and illusions; change and responsibility; action and reaction; light and darkness; beauty, emptiness, faith and fear." Her ensemble feature the dark sounding cello of Alexandros Botinis, accompanied by the highly lyrical saxophones of Guido De Flaviis and the light percussive touches of Solis Barki and drummer Giannis Notaras. This European ensemble sketch Giannouli dramatic, nuanced stories patiently, stressing silence as an essential segments of these compositions. Her wise arrangements turn beautiful themes as "The Sea" into a complex narrative where each instrument slowly introduces his unique voice in this tensed emotional drama. "Sua Dance" is informed by ceremonial folk dances but leaves enough space for improvisation that transform the traditional elements into impressionistic, timeless ones. The improvised setting becomes even freer and furious on the following "Faster Than Wear."

The moving "From Foreign Lands" highlights Giannouli eclectic musical language, from its meditative solo piano introduction, to the passionate, choral-like dance arrangement. She can evoke vivid, dramatic-cinematic scenes that reflect vague traditions yet sounding timeless, as on "Obsession" and the dark and chaotic "Mad World." Her impressive orchestrations in such pieces brings to mind the theater and film works of fellow Greek composer Eleni Karaindrou (an ECM artist). Giannouli's fascinating journey ends on a lyrical, optimistic note, the touching, elegant theme of "Untold."

Giannouli is a unique voice, as a composer, pianist and improviser. She has many more musical stories that are waiting to be told. 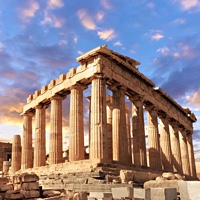