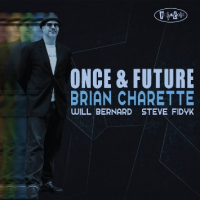 Nobody who wields an instrument of any sort can truly escape the gravitational pull of history. There are many who try to fight it, but better to embrace what came before, acknowledge where a sound or concept originates, and use that knowledge as both a port of arrival and a point of departure. There are no severed ties between past, present, and future; there are only visible and obscured links.

Organist Brian Charette's fourth album on the Posi-Tone imprint is fully invested in that art of recognition, the belief in invention, and, perhaps most importantly, reconciliation between the two. Charette covers a good deal of music written by or associated with some iconic organists—Fats Waller, Jimmy Smith, Brother Jack McDuff, and Larry Young among them—and puts the material through his own spin cycle, influenced by modernists among us like the forward-thinking Sam Yahel and chops 'n' groove champion Joey DeFrancesco. The album falls a notch or two lower on the quirky/freewheeling scale than his previous releases for the label, but it's just as enjoyable and listener-friendly.

Charette travels through fourteen songs here with a pair of label-mates who are well-suited to this environment—guitarist Will Bernard and drummer Steve Fidyk. Together they reconstitute a series of classics and should-be classics with originality and taste, mixing in three originals from the leader for good measure. Jocular moods and serious skills mix often, grooves run deep, and transience triumphs, both in terms of style and song length. This crew moves easily and quickly from funk to swing and soul to bop while extending on the tradition(s).

That once and future blend is always in sight, as demonstrated right off the bat on the back-to-back pairing of Waller's "Jitterbug Waltz" and Young's "Tyrone." The former is tied to the jovial, cascading melodic truths of its origins while the latter is reborn as a funky vehicle in seven. The remainder of the program is no less invested in the idea of bridging then with now. Charette and company have a blast visiting and/or retooling different times, places, and styles—hard bop via "Da Bug," a twenty-four bar blues waltz from Freddie Roach; boogaloo in the form of McDuff's "Hot Barbecue"; straight-up dance floor designs, courtesy of James Brown's "Ain't It Funky Now"—and they invite the listener to smile and join in the party.