Results for "Will Bernard"

Results for pages tagged "Will Bernard"...

Guitarist Will Bernard, a Berkeley, CA native and Brooklyn NY transplant studied guitar and piano from an early age with Dave Creamer, Art Lande and Julian White later developing and interest in classical music composition . He received a a degree in music from UC Berkeley where he studied with Andrew Imbrie and others.

He began playing and recording on an international level as a member of Peter Apfelbaum’s Hieroglyphics Ensemble,who made their recorded debut with Don Cherry on “Multikulti” (A&M 1989). Since then, Bernard has participated in a host of boundary stretching groups, ranging from jazz, hip-hop and world music to experimental music, with many stops in between. In the 90’s Bernard recorded and performed with many projects under the direction of acclaimed producer Lee Townsend and worked with groups ranging from the Hindustani-influenced Jai Uttal to the political hip-hop group the Coup. The most commercially successful of these projects was the group T.J. Kirk (with Charlie Hunter) whose sophomore album “If Four Was One” on Warner bros. was nominated for a Grammy in 1997. Will made further inroads with the Stanton Moore trio which toured extensively and made 3 albums on Telarc and a Hal Leonard drum instructional video and book. 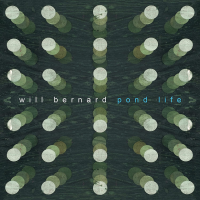 19
Article: Catching Up With

It's just early July and there's no denying that we're already feeling the effects of climate change, with unusually high temperatures and extreme events like floods or severe thuderstorms. When it comes to music, however the downpour of new releases is a very welcome development... especially when they sound so delicious!Happy listening!Playlist ...

All great performances, be they athletic or musical, start with a solid base. For guitarist Will Bernard that is a trio with drummer Ches Smith (Ceramic Dog, Snakeoil) and completing Bernard's bass (sic) with both the acoustic and electric input of bassist Chris Lightcap. Upon this foundation Bernard is inspired to expand his music with the ... 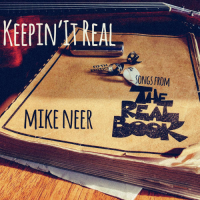 New Sounds From Argentina And More