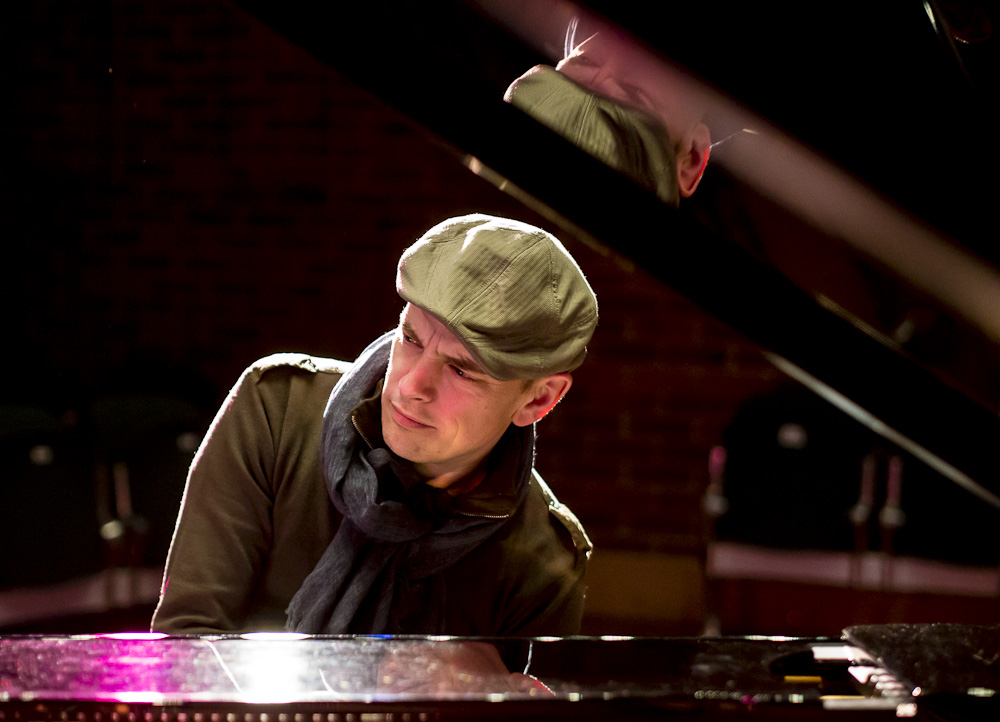 It's hard to imagine anything in jazz today that carries more weight of expectation than the role of being a pianist on the ECM label. After all, this is the famous European jazz powerhouse that has produced albums for iconic performers such as Kenny Wheeler, Pat Metheny, Charlie Haden, John Surman, et al., and the pianists alone are a formidable bunch, with the likes of Bobo Stenson, John Taylor, Steve Kuhn, Chick Corea, and of course Paul Bley and Keith Jarrett. It's an impressive list, and a hard act for anyone to follow.

Into this veritable lion's den steps Norweigan pianist Tord Gustavsen, and one can breath a sigh of relief, for he has not been devoured by the hallowed saints of Manfred Eicher's musical monastery, nor has he attempted to vanquish those spirits in armed conflict. Instead, Gustavsen has chosen to dance among the giants, nimbly and with great deference to those who have come before him, and in doing so he has carved out an original voice worthy of the torch that has been passed to him.

Gustavsen's music does not burn like the white hot flame of Jarrett nor does it have the exploratory ramblings of Bley or the cerebral curiosity of Taylor. Instead, Gustavsen's strength is in creating music that is lyrical, fraught with emotion, and relentlessly patient. His clarity of ideas and empathetic engagement with the sound of the piano allow him to play things that flush meaning out of even the simplest phrase, yet he somehow avoids drifiting into gratuitious sentimentality. Indeed, there is purposeful restraint practiced by the entire ensemble, with a keen awareness of sound and excellent decision making at all times.

There are four releases on ECM by Gustavsen; three are trio works and the most recent is for a larger ensemble that includes violin, saxophone and spoken word. Of his trio recordings (this Friday's show will be in traditional piano trio format), Gustavsen's third offering, Being There, is perhaps the best, with very strong and varied compositions that somehow seem to be linked thematically, where upon listening to the album from start to finish one gets the full impact of the recording as if listening to an extended suite.

Another strength of Gustavsen is the ability to utilize folk melodies within his compostions in a way that lends cultural resonance to the music with complete authenticity and no hint of self-consciousness. This last feature further enhances Tord Gustaven's identity as both an exquisite artist and a proud Norweigan. Perhaps the Norweigan community will come out in force to see their countrymen perform on Friday, but then again, one does not have to be Scandanavian to appreciate this music.