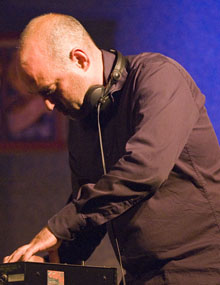 slideshow
When it comes to organically integrating modern technology into music, few countries are innovating to the degree of Norway, and at the epicenter of that country's forward-thinking approach to melding improvisation with jazz and Norwegian traditionalism--not to mention contemporary classicism, pop, ambient and more; truly any and all musical markers--is producer/remixer Jan Bang, who has just released his first album as a leader, ....and poppies from Kandahar (SamadhiSound, 2010).

Bang, from his home base in Kristiansand at the south tip of the country, has been part of a remarkable musical movement over the past 15 years or so. Together with sound sculptist/producer Erik Honore, Bang co-directs Punkt, a festival like no other, and one that has expanded from its annual event in Kristiansand at the end of each summer to include festivals abroad, including England and Germany, with plans in the works for Estonia in 2011, as well as dates in the United States and possibly Canada.

But before there was Punkt--a festival so important that, were it his only contribution to modern music, it would be enough--Bang created a concept even more groundbreaking. With Live Sampling, Bang becomes another improvising musician onstage, except his instrument is something less conventional--and, for some, very controversial--a black box of electronics, an AKAI MPC 3000 Sampler.

To celebrate the recent release of ....and poppies from Kandahar, AAJ is providing even more coverage:

AAJ is committed to providing the most extensive coverage surrounding new releases anywhere, so be sure to check out all the buzz surrounding Jan Bang and ....and poppies from Kandahar at AAJ today!