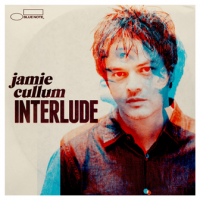 CULLUM WILL OPEN FOR BILLY JOEL IN NYC, DALLAS AND MIAMI

BEGINNING TODAY ON ITUNES, FANS WHO PRE-ORDER INTERLUDE WILL INSTANTLY RECEIVE THE NEW TRACK, “MY ONE AND ONLY LOVE,” PLUS “GOOD MORNING HEARTACHE” FEATURING LAURA MVULA AND “DON’T LET ME BE MISUNDERSTOOD” FEATURING GREGORY PORTER

New York, NY: Blue Note Records recording artist Jamie Cullum will kick off 2015 with a headline tour that introduces audiences to his new album, Interlude, which will be released in the U.S. on January 27. Cullum, who is the best-selling jazz artist in U.K. history, will launch the run with an intimate show at Largo in Los Angeles on January 24. For his February dates, which include an evening at the Beacon Theatre in New York City on February 5, he will be backed by a big band. Cullum recently supported Billy Joel at Madison Square Garden and Penn State and will return to the Garden on December 18 and January 9 to open for the GRAMMY-winning artist. He will also open at Joel’s arena concerts in Dallas (January 22) and Miami (January 31). See below for itinerary.

Interlude marks a shift to straight-ahead jazz and a return to interpretation from an artist who has made a habit of bending genres, writing original material and bringing new sounds and new listeners to the music. Working with producer Benedic Lamdin of Nostalgia 77, Cullum selected a number of jewels from the American songbook, including the title track, which was penned by Dizzy Gillespie and Frank Paparelli, and added a couple of modern surprises.

Beginning today, fans who pre-order the digital album on iTunes.com will instantly receive “My One and Only Love” plus the first single, “Good Morning Heartache” featuring Laura Mvula, and “Don’t Let Me Be Misunderstood” featuring Gregory Porter. Interlude can be pre-ordered on Amazon in CD and vinyl formats.

A keen amateur photographer, Jamie invited Michael Agel of Leica Camera to accompany him on tour in the U.S. earlier this year. Their photographs—and some from Cullum’s personal collection—are showcased in the exhibit “Life and Music,” which just opened at the Leica Studio-S in London.

Jamie grew up listening widely, from rock, drum n’ bass to hip hop and discovered jazz through acts like DJ Shadow and A Tribe Called Quest. He self-released his first album, Heard It All Before, in 1999, while he was still studying at the University of Reading. Pointless Nostalgic (2002), released by legendary indie jazz label Candid Records, was certified Gold in the U.K. It was followed by Cullum’s breakthrough major label debut, Twentysomething, which climbed into the Top 5 in the U.K., where it was subsequently certified triple Platinum. Cullum recorded two songs for the Meet the Robinsons soundtrack and was nominated for a Golden Globe for “Best Original Song” for “Gran Torino,” which he co-wrote for the 2008 Clint Eastwood film of the same name. Interlude is the follow-up to Cullum’s 2013 album Momentum, which he recorded with producers Dan the Automator and Jim Abbiss. Cullum has recently appeared on albums by Labrinth, Birdy and alternative hip hop supergroup Deltron 3030.