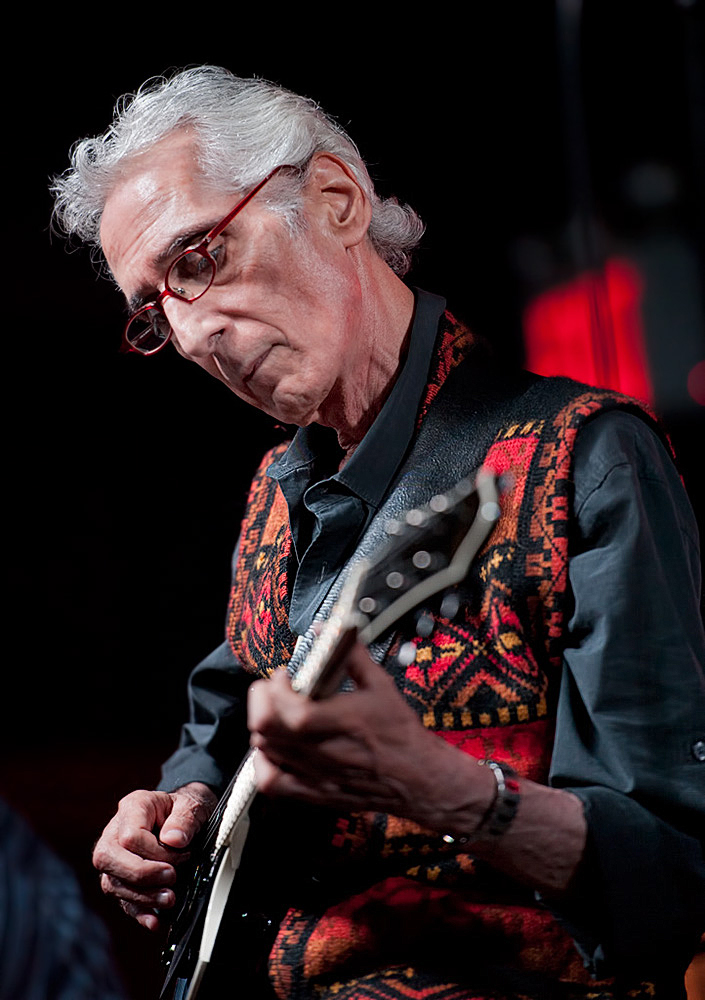 Given the fact that Pat Martino had played with some of the biggest B3 players in the business (including Jack McDuff and the great Jimmy Smith), it probably surprised no one that Martino's first solo release carried on in that blues and groove-based organ trio vein. What surprises me about this, decades later, is the level of maturity of Martino's playing. At the time, Pat Martino was only twenty-two years old.

Part of a wave of Prestige/Rudy Van Gelder reissues from a few years ago, El Hombre features Martino leading his group through a program of originals (only two covers: Jobim's “Once I Loved" and the classic “Just Friends") that showcases the surprising depth of his early tastes and influences.

While the presence of Trudy Pitts on the Hammond B3 organ does give the music that groove thing, it's the additional instrumentation that brings subtle coloration. The bongos and congas on “Cisco" serve to enhance the tune's Latin flair, as do the lines shared between Martino and flautist Danny Turner.

Flute?!! Yes, those guitar/flute unison lines do locate this music smack at the end of the 1960s. That doesn't make it any less exciting. After the sly B3 opening of the title track, Martino and Turner swing their way through the head for a pair of choruses before Pat takes an extended solo.

Oh yes, the guitar. Martino is one of those players who tend to favor horn-oriented lines. This gives his solos a compactness that serves the tune well. Even when skipping through a rapid fire bop line ("One For Rose," for example), Martino never crosses into excess. That old cliché about playing “just the right notes" really does apply here.

Aside from improved sound (I don't own an original recording, but I do trust in Rudy Van Gelder), El Hombre serves up one bonus selection, the previously unreleased (and clearly Naima-influenced) “Song For My Mother." Reminiscent of the Wes Montgomery trio, including some B3 pedal tones and a guitar octave here and there, the song allows Martino to stretch out and declare some beautiful and supple guitar lines.

You know, after listening to El Hombre several times, I can only imagine the excitement caused by its initial release&#151all of that raw promise on display.

Lucky for us, Pat Martino went on to deliver on that promise.