Trudy Pitts with husband Mr. C at the Meiji-En Restaurant A dream gig might be this: three nights each week in a restaurant noted for its warmth, intimacy, musical freedom, and complete support for the artist. Sounds almost too good to be true, right? Well, in the City of Brotherly Love, the Meiji-En (thought to be the nation's biggest Japanese restaurant) offered such a piano trio gig to two of my favorite musicians, Trudy Pitts and Mr. C, and for the last five years it has seemed like a dream. I've been calling Trudy and Mr. C Philadelphia's best- kept secret, but the truth is that most people in the know have been hip to Trudy's piano and organ work and Mr. C's drumming and promoting for years.

Trudy is a native Philadelphian who began playing piano at age six. Her mother, too, was a musician and inspired this family tradition. "My family was deeply involved in the church community," says Trudy, "and I started playing piano for Sunday school when I was about nine or ten. As time went on, I was introduced to the church organ, and I played organ in Sunday school."

Trudy later helped with the senior choir during the main services and from there went on to her own church choirs in various other settings. As she puts it, "It was just a musical atmosphere. You did whatever you had to do wherever you were."

Earning a degree in music education was only natural for this talented prodigy. She studied at Philadelphia's Musical Academy, Temple University, and Juilliard, among other institutions. During these years she reached out to the classics and built a base from which future compositions and arrangements would spring.

Always seeking new musical challenges, Trudy accepted an offer to sit in the pit as an assistant to the pianist in the Tony Award-winning show Raisin' when it traveled through Philadelphia. "I did that for the month or two that they were in town. Then not too much later I got a call from the manager inquiring if I could join the company for the rest of the tour."

Thinking the music was truly beautiful and the show dynamic, Trudy entered yet another level in her development. "It was something I hadn't done before, and it was a great responsibility. I was playing piano and organ. She eventually became the assistant to the conductor of this nationally touring show, but she never lost sight of what she felt was her true charge, creative music.

Jazz made its way into Trudy's life and was nurtured by her soul mate and husband, Bill Carney (a.k.a. Mr. C). He became a major influence shaping and implementing Trudy's musical skills. Raisin' ultimately lost Trudy's attention. "You've got to be of a particular mind-set to play the same book the same way every night, and the saving grace there was that the book was so beautifully written that all the time I was with it, there were things that I looked forward to each night. I count that as a real bright moment in my whole career, the theater."

Trudy has managed to consolidate her mission to play creatively with the values taught to her by her mother. "She taught me early on, don't let anything get in between you and your music." For Trudy, this meant carrying those values into her own marriage and making the whole thing jell. "I always felt family was top on the list of priorities." Trudy and Mr. C became a family of music and a musical family. They unified their efforts and forged ahead.

Early in Mr. C's career as a drummer, he associated with Jazz organists. He knew that what Bill Davis and later Jimmy Smith were on to was definitely happening. He had worked with Shirley Scott, and now he encouraged Trudy, knowing full well what she was capable of. "Bill brought me right into the business playing Jazz on the organ," Trudy says. In 1967 the Boston Globe pronounced her a rising star and complimented her drawbar variations, vibrato shadings, and bass pedal work.

Trudy became a sensation on the Hammond organ, and everybody who is anybody knows why: she has a strong foundation on which to build her new sound and a musical genius that is matched only by her determination to succeed. "Whatever I undertook, the job got done, and it wasn't a matter of not being prepared or not having the skills or not having the right vibe or attitude. Because my contention is that you begin to know your outer edges, and if you're not emotionally prepared to do a job, then you should not take it rather than take it and complain," she says. Trudy and Mr C at the 1992 Organ Jam in Philadelphia Trudy Pitts emerged in the world of Jazz organ and was soon swinging away with Mr. C alongside such greats as Ben Webster, Gene Ammons, and Sonny Stitt. She recorded four albums for Prestige, appearing with Willis Jackson, Pat Martino, and later Rahsaan Roland Kirk. She handled herself formidably in an arena of musicians made up mostly of men. Her musical prowess would have taken her much further down the halls of fame, some have speculated, were it not for her noble decision to maintain the integrity of her family.

"It's not easy to be a wife, a mother, and a career person at the same time. That is no harder today than it was yesterday." Trudy's decision was a supreme commitment to the family. "l paid a lot of dues in that regard with a lot of prayers and meditation and commitment in that area and help from Mr. C, who realized the magnitude of being all these different people. We did it together. I couldn't have done it without him."

Today, Trudy's dream gig provides her with freedom to be true, while Mr. C insulates her from things that don't pertain to her mission, creating music. "Sometimes people ask me [about] things other than playing the piano, and I tell them, 'You'll have to talk to Mr. C,' because my part in this whole thing is to sit down and play the piano or organ. Outside of that, I don't know from nothing!" Show less

Jazz Musicians Jymie Merritt and Trudy Pitts to be Honored Me, Myself And I 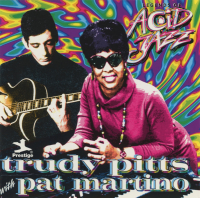 A Bucketful Of Soul 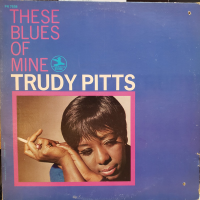 These Blues Of Mine

All About Jazz musician pages are maintained by musicians, publicists and trusted members like you. Interested? Tell us why you would like to improve the Trudy Pitts musician page.