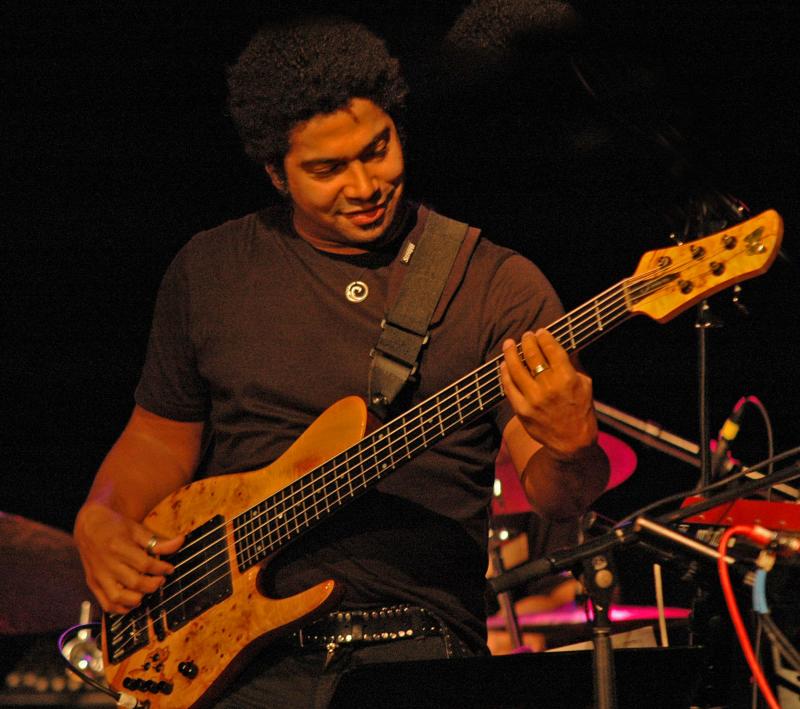 slideshow
Bassist/composer Matthew Garrison is, without a doubt, one of the most technically gifted musicians of his generation. Over the last two decades he has been employed by such high-caliber leaders as [pianist-keyboardists] Joe Zawinul, Herbie Hancock and Geri Allen; [saxophonists] Wayne Shorter, Michael Brecker and Steve Coleman; [guitarists] John McLaughlin, Pat Metheny, John Scofield; [drummers] Jack DeJohnette, Gary Husband and Terri Lyne Carrington. This impressive list tells only a part of the story, for Garrison is equally feted by pop icons such as Paul Simon, Whitney Houston and Pino Daniele.

Shapeshifter Live 2010 Part 1 (GJP, 2010) captures Garrison solo, armed only with his bass and pre-programmed music. It is an exceptional sonic blast, which flows organically over 50 glorious minutes, blending a host of contemporary rhythms and sci-fi sounds through which Garrison's customary lithe bass improvisations purr and roar. For Garrison, the only category that truly matters is that of creativity and the desire to push the borders of his musical possibilities.

Ian Patterson spoke with Garrison about the seeds of Shapeshifter Live, the importance of his sound engineer, and his responses to the collapse of recording industry. Read about all this and more in Ian's informative interview, Matthew Garrison: Core Matter, published today at All About Jazz.

You can also read Ian's insightful CD Review of Shapeshifter Live 2010 Part 1, also published today to coincide with his interview.

All About Jazz is committed to bringing you the most extensive coverage anywhere, surrounding new releases, so be sure to check out all the buzz about Matthew Garrison and Shapeshifter Live 2010 Part 1, today at All About Jazz!