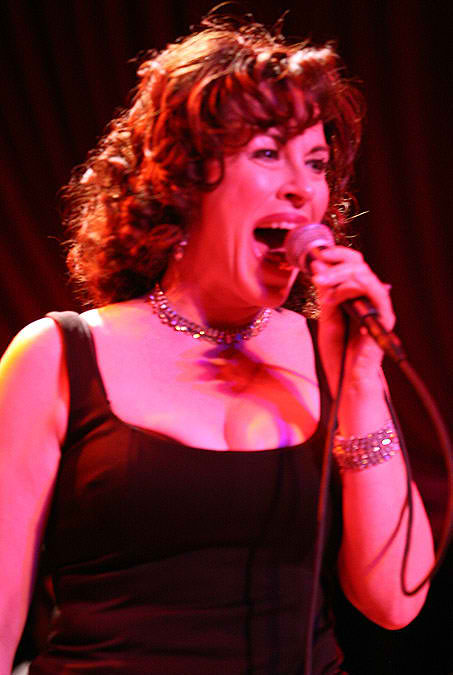 slideshow
On March 13, Alligator Records will release Stronger For It, the powerful and stunning new release from award-winning vocalist (and songwriter) Janiva Magness. Magness is among the premier blues and R&B singers in the world today. Her voice possesses an earthy, raw honesty born from her life experience. Through her passionate vocals and, for the first time, through her own original songs, Magness, with Stronger For It, delivers the most moving and intimate album of her career.

Produced by Dave Darling (Brian Setzer, Meredith Brooks, Dan Hicks, John Waite), Stronger For It is Janiva's declaration of independence. Having recently come through an intensely difficult period in her life, Magness has found new strength in her music. On these performances, she lays her soul bare, singing of loss and recovery, pain and redemption, hurt and healing, looking back and moving forward. Recording Stronger For It was as cathartic for Magness as listening to it will be for her fans.

Known primarily as a musical interpreter, Magness co-wrote three remarkable, autobiographical songs for the album, including the poignant and melodic “Whistling In The Dark," the riveting “I Won't Cry" and the take-no-guff showstopper “There It Is." In addition to her outstanding originals, Janiva tells the rest of her story through her inspired reinventions of songs by Tom Waits, Grace Potter, Shelby Lynne, Ray Wylie Hubbard, Matthew Sweet, Buddy and Julie Miller and others. According to Magness, the ultimate message of the album is clear: “You can get through just about anything and come out better because of it. The title says it all."

Born in Detroit, Magness was inspired by the blues and country she heard listening to her father's record collection, and by the vibrant music of the city's classic Motown sound. By her teenage years, though, her life was in chaos. She lost both parents to suicide by the age of 16 and lived on the streets, bouncing from one foster home to another. At 17, she became a teenage mother who had to give up her baby daughter for adoption. One night in Minneapolis, an underage Magness sneaked into a club to see blues great Otis Rush, and it was there that she found her salvation and discovered that the blues were her calling. She began going to as many blues shows as possible, soaking up the sounds of her favorite artists, including Johnny Copeland and Albert Collins. She immersed herself in records by James Brown, Aretha Franklin, Etta James and all the other R&B greats.

She recorded a series of successful solo albums prior to joining Alligator in 2008, gaining notoriety through the strength of her music and the power of her live performances. Her Alligator debut, What Love Will Do, was released to massive critical acclaim. National Public Radio's Weekend Edition profiled Magness, putting her in front of an audience of millions and expanding her ever-growing fan base. Her 2010 follow-up, The Devil Is An Angel Too, brought even more acclaim. The album was the #1 CD of 2010 on the Living Blues radio chart.

Janiva received the coveted 2009 Blues Music Award for B.B. King Entertainer Of The Year (she is only the second woman to ever win this award, Koko Taylor being the first). She also won Contemporary Blues Female Artist Of The Year, an honor she also received in 2006 and 2007. She has received a total of seventeen Blues Music Award nominations, including one for 2012's Contemporary Blues Female Artist Of The Year.