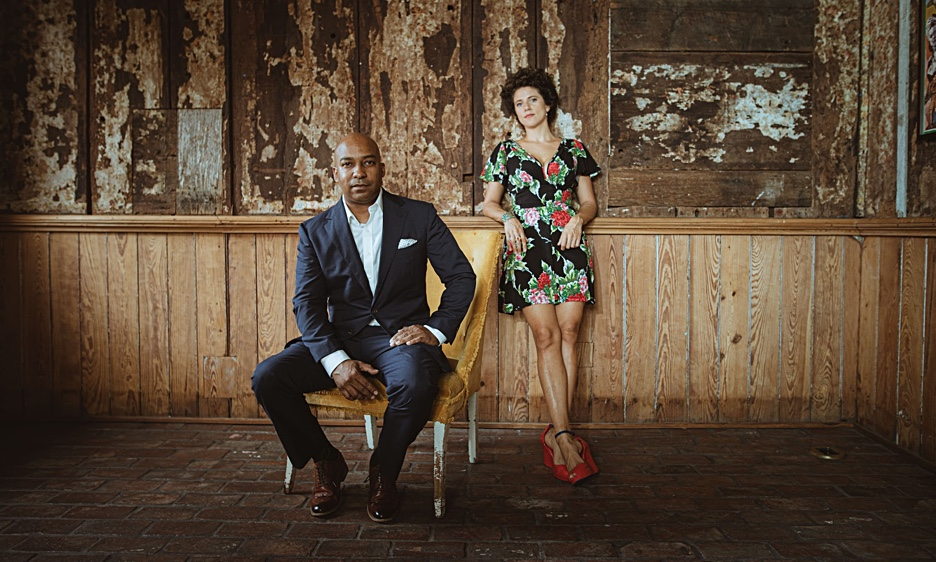 I thought about the long, shared history of New Orleans and France, and that became the concept for the album. A narrative about the musical relationship between those two places.
&#151Adonis Rose 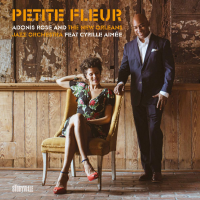 The celebrated New Orleans Jazz Orchestra examines and the profound relationship of its hometown to the nation of France with its fall release of Petite Fleur on Storyville Records (digital release September 24, physical release October 15). The second album under the artistic directorship of drummer Adonis Rose features ten songs, nine of them standards associated with French and New Orleans musicians. The tenth tune is an original by Cyrille Aimee, the acclaimed jazz vocalist who was born and raised in France but now lives and works in The Big Easy itself. Aimée is the NOJO’s collaborator and vocalist on the album.

It was the singer who initiated the collaboration, telling Rose that she would like to work with the 18-piece big band and asking if he had any ideas for a project. “I said, ‘Well, okay, musically, how can I tell a story here?’” Rose recalls. “I thought about the long, shared history of those two places, and that became the concept. A narrative about the musical relationship between New Orleans and France.”

The title tune, a standard by early jazz clarinet legend Sidney Bechet, epitomizes the concept: A composition by a New Orleans artist living in France, performed by a New Orleans band with a French vocalist. Composers from both sides of the Atlantic, from Michel Legrand to Jelly Roll Morton, get similar treatment. So do various New Orleanian styles, from a stomp (“Get the Bucket”) to a second line (“Down”) to Fats Domino-style rock ’n’ roll (“I Don’t Hurt Anymore”).

In addition to being its spotlight vocalist, Aimée is also Petite Fleur’s featured soloist, applying her razor-sharp scat singing to “In the Land of Beginning Again,” “On a Clear Day,” and “Undecided.” She is in good company, with superlative instrumental improvisations from soprano saxophonist Ricardo Pascal (“Petite Fleur”), tenor saxophonist Ed Peterson (“Get the Bucket”), and, on Aimée’s “Down,” a fierce trumpet duel between Ashlin Parker and John Michael Bradford. However, it’s really the orchestra itself—as well as the parallel lands of New Orleans and France—that earns top billing alongside Aimée.

Adonis Rose was born January 11, 1975, in New Orleans, the scion of a musical family. He began playing drums at 3 years old, following in his father and grandfather’s footsteps, and as a teenager became enamored with the music of fellow New Orleanians Wynton and Branford Marsalis—whose father, Ellis, eventually hired Adonis as a member of his working quintet.

Rose won a prestigious presidential scholarship to Berklee College of Music in Boston; just afterward, however, Terence Blanchard called and invited him to tour. “So, two days after my high school graduation I went out on the road with Terence. That was my first gig,” he recalls. He continued to get work with Betty Carter, Marlon Jordan, and the Lincoln Center Jazz Orchestra, ultimately dropping out of Berklee to go on the road and make a home in New Orleans.

In 2002, Rose became the founding drummer for the nonprofit, Grammy-winning New Orleans Jazz Orchestra (NOJO), the first institution in jazz’s birthplace to build a performing arts center committed solely to the music’s development. He maintained that position even after moving to Fort Worth, Texas, in the wake of Hurricane Katrina, where he taught at the University of Texas at Arlington and established the Fort Worth Jazz Orchestra. Rose moved back to the Crescent City in 2015, by which time NOJO was his steadiest gig—soon to be his full-time one.

The following year, Rose took the reins of the 18-piece band, inaugurating his leadership with the 2019 release of Songs—a tribute to New Orleans musical legend Allen Toussaint. Petite Fleur, Rose’s second project as artistic director, was delayed by the outbreak of the COVID-19 pandemic. However, as both NOJO and the city of New Orleans itself have done so often over the years, it persevered. In this, says Rose, Aimée played an important part.

Growing up in the town of Samois-sur-Seine in France, Cyrille Aimée would sneak out of her bedroom window to join the gypsy caravans gathered for the annual Django Reinhardt Festival. She would carry the joyful spirit of gypsy jazz to the Montreux Jazz Festival, where she won the 2007 vocal competition—the first of many such accolades—and recorded her debut album with the prize money. In 2014 Aimée made her major label debut with It’s a Good Day (Mack Avenue), featuring an innovative two-guitar band that returned for 2016’s highly acclaimed Let’s Get Lost. Move On: A Sondheim Adventure (2019) is her most recent release.

“Cyrille’s a phenomenal performer,” says Rose. “Working with her was effortless, and she has great chemistry with the orchestra. I was struck by her level of professionalism and her ears. She can hear anything. She came in and nailed it in first and second takes. It was a thrill to work with her.”