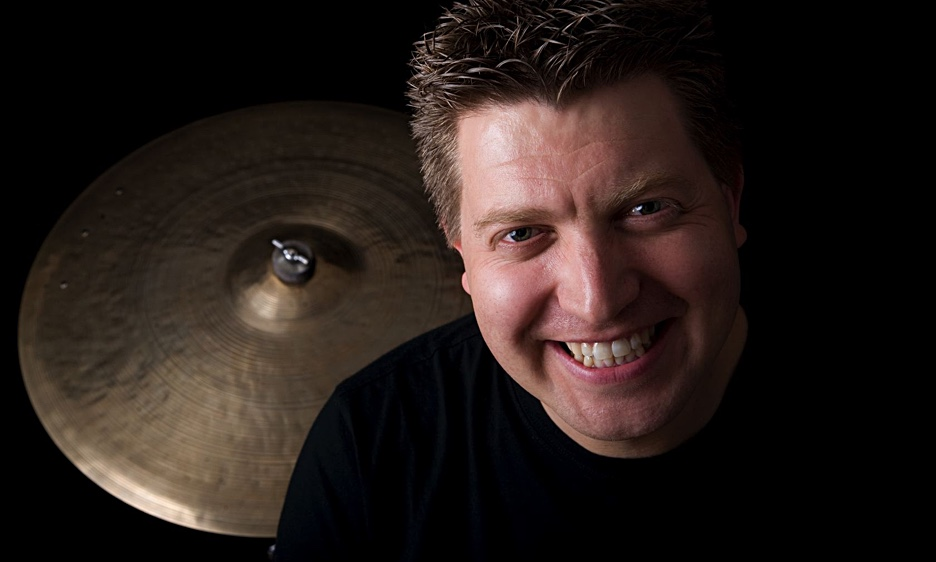 A restless musical spirit who thrives in a largely supportive role, Snir-Zelniker's work is truly, to borrow Whitney Balliett's phrase, 'the sound of surprise.'

For the last dozen years or so I've frequented The Turning Point Café in Piermont, NY. I return to the small, informal venue time and time again to hear live jazz that's long on substance and short on pretense and ceremony. Though the town may seem removed from the hustle and bustle of New York City, Piermont is only about twenty-five miles away. Tenor saxophonist John Richmond, the Monday night jazz series curator, draws from the Big Apple area talent pool. An ad hoc configuration of experienced musicians play an opening set and then jam with their peers, as well as welcoming less seasoned performers who gain valuable experience in the supportive milieu.

Part of the appeal of attending the series on a regular basis is the opportunity to check out players deserving of wider recognition. One name that immediately comes to mind is drummer Nadav Snir-Zelniker. While he works with artists from a variety of genres, such as Rock, Jewish/Middle Eastern and Modern Dance, The Turning Point's cozy confines make for an ideal place to hear Snir-Zelniker engage in straight-ahead jazz. Richmond recently booked him to play consecutive Monday nights as part of different core bands.

A fair amount of Snir-Zelniker's skillset is not unlike many other capable jazz drummers. He plays solid time, operates well in relation to a bassist, exhibits a keen sense of dynamics, hears everything that goes on around him, and responds to the idiosyncrasies of individual soloists. These general characteristics, however, don't come close to capturing the multiple components, depth, excitement, and sheer musicality of his work. He executes a large variety of rhythms and textures without drawing undue attention to himself or taking up too much space in the music. A restless musical spirit who thrives in a largely supportive role, Snir-Zelniker's work is truly, to borrow Whitney Balliett's phrase, "the sound of surprise."

Even while operating within the parameters of a standard jazz repertoire amidst musicians who are mindful of the original versions, the sheer breadth of Snir-Zelniker's playing makes his drumming intriguing and tricky to pin down. It's impossible to anticipate what he's going to do at any given moment, yet his approach to the music isn't eccentric or prone to excess. As good a place as any to start is his penchant for crafting drum parts that introduce novel, unexpected dimensions to recognizable material. His accents and fills at key junctures of "Evidence," Eronel" and "I Mean You" sounded fresh and audacious, demonstrating a deep-seated knowledge of Thelonious Monk's music, and—most importantly—never gummed up the works. The comparative simplicity of his straight time on the hi-hat and a single stroke to the bell of a ride cymbal during a gap in the melody was sufficient to propel Clifford Brown's "Sandu."

Prior to the opening set of the first night, Snir-Zelniker enhanced the house drum kit with his own snare drum and cymbals. After a minimal amount of tuning the kit produced a tight, crisp sound. This effect was enhanced by his uncommonly articulate stick technique. Through he frequently foregrounded an individual drum or cymbal to good effect, more often he played in a manner that made the individual components sound closely related or allied to one another. (I'd be hard pressed to recall a cymbal crash that sounded savage, jarring or off-putting.) During Richmond's solo on Herbie Hancock's "Dolphin Dance," he brought the volume down to the point where you had to concentrate to hear the individual strokes. Similarly, a series of brief fills he tossed out in the early stages of Allen Farnham's "Eronel" improvisation made a subtle impact and left the focus on the pianist.

Snir-Zelniker's accents and fills amidst the bands' soloists were largely comprised of terse, salty comments rather than protracted, convulsive episodes. He's a master of making consonant sounds, crafting brief, catchy phrases—here and gone in an instant—out of a few strokes to one or two components of the kit. Various combinations of sounds incorporating the hi-hat—closed, open, sticks, pedal—were particularly invigorating. There didn't seem to be any limit to Snir-Zelniker's inventiveness, yet even the most audacious interjections were musically functional—the feeling of straightforward, linear time as well as his partnership with bassists Bill Moring (first night) and David Kingsnorth (second night) remained intact. Choking one top cymbal and then, in quick succession, moving from the bell to the bow of the other as he played straight time added spice to Farnham's "Dolphin Dance" solo. He filled a brief pause in alto valve trombonist Scott Reeves' turn on Clifford Brown's "Daahoud" with three distinct snare drum hits that seemed to hang in the air. During Richmond's "I Thought About You" improvisation Snir-Zelniker made snare accents blend into ride cymbal time and—a mere few bars later—chomp against it.

Whether comprised of four-or eight-bar trades using sticks or brushes, a bustling, cogent statement over Moring's walking bass line, or completely on his own, Snir-Zelniker's solos were as impressive as his work in the ensembles. One extemporization, near the end of a long set that had gradually evolved into a jam session, was stunning. On the one hand, Snir-Zelniker displayed a staggering array of sticking, technique, and coordination; on the other, these skills were invariably transformed into a series of identifiable themes. At a point early in the solo, nearly everyone on the crowded bandstand turned around and, with their backs to the audience, watched Snir-Zelniker's every move. Along with the rousing applause that followed, it was a fitting tribute to an exemplary performance. 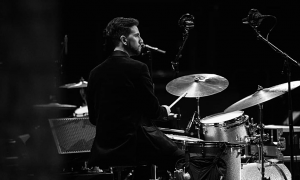 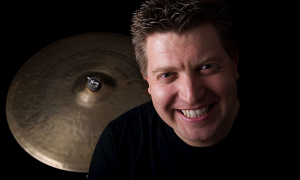 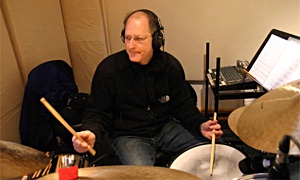 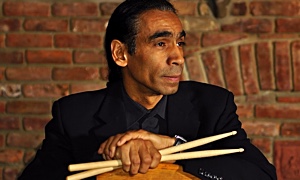