By Fiona Ord-Shrimpton
February 18, 2017
Sign in to view read count 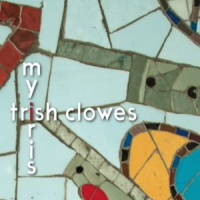 Firstly, each individual in the Trish Clowes Quartet, Trish Clowes on various saxophones, Ross Stanley on piano and Hammond, Chris Montague on guitar and James Maddren on drums, fits their corner perfectly, providing the extra dimension that makes their cohesive playing effortless. There are no shirkers or hang back components in this line up. My Iris is mistressful and masterful musical wizardry and it sounds fascinating.

"One Hour" starts with an uncommon horn-like guitar sustain, acting both other-earthly and sermon-like and in complete harmony with the swell of drawbar sounds from Stanley, rare in modern music, yet so rich and recognisable it must be a signature to listen for, with Montague's effects something akin to the eternal plangency of Arve Henriksen. "One Hour" is a delightful spell of oblivion that makes the wish for an extra hour universal. Montague cuts a formidable dent in the guitar icon persona, with likeness to Jonathan Kreisberg, Kurt Rosenwinkel, or Corey Christiansen. Clowes gently hovers over the proceedings in a manner that would surely make Wayne Shorter smile. Mood change at 2:45 -opening the curtains most likely... finishing upbeat and vital. "Blue Calm" is chirpy, swift-footed and dreamy, as transcendent, and dare one go as far as iridescent, as any philosopher or high-reaching academic needs to pitch their wares and as soothing as any working hands need to find balm. Here, Clowes sounds a little like Stan Getz, stretching out in a relaxed and confident solo. Stanley delivers strong grounding piano to which Montague and Maddren add cascading water musical synonyms. A final breezy sax section completes the dream.

"A Cat Called Behemoth" brings back those devotional hymnal registers, a slinky sax motif and pops a pretty punch in the ring of the James Farm quartet.

"I Can't Find My Other Brush" sax intro reminds of a Time Is Of The Essence Michael Brecker riff, and Clowes does have similar timbre and compositional elements in parts of My Iris. A comical confused chaos ensues, with piano and sax in league together, guitar in disbelief and sax unleashing the canvas for all later.

"Muted Lines," by the Anglo-Armenian composer Cevanne Horrocks-Hopayian, is an adaptation of 16th century Armenian poet, Nahapet Kuchak that references Armenian genocide and recent atrocities in eastern Turkey. The reduced verse is sung by Clowes, whose voice, eerily sweet and childlike, strikes an added spur of poignancy into the words of the poem. Montague paints a lonesome figure in his solo and Clowes twins his isolation. The Stanley sustain floods the depths of the disconnect, turning the silence into a lullaby of unity, clever, understated grieving. In contrast, "Tap Dance (for Baby Dodds)," is a swinging march, vibrant and changeable, a bonnie sax feature throughout, with a nice slice of Grand Ol' Country guitar, some stomping taps and easy comping piano, truly a repeatable celebration.

"In Between the Moss and Ivy," is a lyrical piece of introspection that plays closely to how the words sound. A musical dialogue across the singularity of Clowes sax, Stanley's mellisonant sustain, dramatic pianism and the euphoric electronic distortions of Montague's guitar. What might ordinarily sound like a simple English plainsong soon finds its way into contemporary view.

"Be A Glow Worm." is such a charming cartoon of a cascading rhyme, it can't be a short pithy expression of a general truth. Truth is, pith free, shine bright like a diamond and all its permutations is no bad advice, it works for Rihanna. Clowes may display understated confidence, but she's 4 plus star quality.