Saxophonist and composer Trish Clowes has been described as “an improviser to be reckoned with” (Downbeat Magazine) and “one of the most agile and original jugglers of improv and adventurous composition to have appeared in the UK in recent times” (John Fordham, the Guardian). A BASCA British Composer Award winner and former BBC Radio 3 New Generation Artist, Clowes has received critical acclaim for all five of her releases for Basho Records, the last two featuring her My Iris quartet with Chris Montague (guitar), Ross Stanley (piano and Hammond organ) and James Maddren (drums). Hailed as “the jazz of the future” (Augsburger Allgemaine) the band have toured and performed worldwide, including appearances at Rochester International Jazz Festival (US), Toronto Jazz Festival, the Barbican (EFG London Jazz Festival), the National Opera House (Wexford), Gateshead International Jazz Festival, Turner Sims, Women in (e)motion Festival and the Stadthaus Ulm

A View with a Room 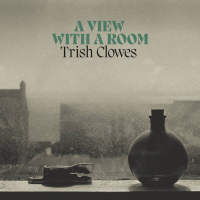 It's just early July and there's no denying that we're already feeling the effects of climate change, with unusually high temperatures and extreme events like floods or severe thuderstorms. When it comes to music, however the downpour of new releases is a very welcome development... especially when they sound so delicious!Happy listening!Playlist ...

Chico Buarque: Construção (Philips, 1971) This is a very new find, although released in 1971. Just take a listen, what a mind! Joe Henderson: Double Rainbow (Verve, 1995) I was doing a lot of listening to Brazilian music recently (including the above album!) and as a result I was drawn back to this ...

Trish Clowes: A View with a Room