Robert Dick was born and raised in New York City. He began playing the flute as a child, having heard it (well, the piccolo actually) on the radio in the Top 40 hit Rockin’ Robin. HIs parent’s responded to his incessant campaigning for a flute by surprising him with a flute and flute teacher after school in fourth grade. Robert gave his first concert that very day! Setting up chairs for his parents as soon as his father came home from work, he excitedly playing page 1 of the Rubank Elementary Flute Method — and he’s never looked back.

Robert’s main flute teachers were Henry Zlotnik, James Pappoutsakis, Julius Baker and Thomas Nyfenger. As a teenager, Robert thought that he’d become an orchestral flutist and he worked maniacally towards that goal, playing first flute in the Senior Orchestra at the High School of Music and Art and also the New York All-City High School Orchestra. But a summer at Tanglewood, playing in America’s finest student orchestra, showed him that he was not suited to the orchestral life and that he needed to develop himself as a soloist and musical creator.

Robert attended Yale College, where he received a B.A. degree. At Yale, he met Robert Morris, composer and theorist, who was to be a most important mentor. Robert wrote his first compositions and had his first experiences improvising while a Yale undergraduate. He began his first book THE OTHER FLUTE: A Performance Manual of Contemporary Techniques as an undergraduate senior project, completing the book in his first year of graduate study at the Yale School of Music where he received a Masters degree in composition, studying composition with Robert Morris and electronic music with Bulant Arel and Jacob Druckman. (Robert does not have a degree in flute playing.) THE OTHER FLUTE was originally published by Oxford University Press in 1975. While in graduate school, Robert composed his ground-breaking Afterlight, for flute alone, the first flute piece to use multiphonics as the primary building blocks of its musical language. Afterlight received a BMI Oliver Daniel Prize and has become a staple in the flute repertoire.

After leaving school, Robert embarked on his career as a concert soloist devoted to contemporary repertoire. His musical evolution lead him to devote himself to exclusively performing his original works and improvisations for many years. At present, Robert likes to invite “guest composers” to in his recital programming, most notably Paul Hindemith, Georg-Philip Telemann and Jimi Hendrix.

Jimi Hendrix? Yes, Jimi Hendrix. In his twenties, Robert’s world of music experienced its own Big Bang. He became a passionate, omnivorous listener to world music, to rock, to jazz, to electronic music — to all the music he could get his hands on. In this period, one musician’s influence outweighed all others, and that was Jimi Hendrix, the most inventive rock electric guitarist ever. Robert on Jimi: “Hendrix’s intensity and his unbelievable creativity inspired me totally. The sense that he could spontaneously make any sound he wanted, whether it had ever been played before or not, shook my world. I wanted to create a soundworld for the flute as extensive and as free as Hendrix’s guitar soundworld, and I wanted to do it acoustically, not with electronics. I felt that for the flute, the human playing could do what electronics did for the guitar sound.”

Robert has realized this vision in his own, unique way, doing more to transform the musical potential of the flute than any flutist before him.

The Commitment to Share and Educate Early on, Robert decided that he wanted to share his discoveries with his fellow artists. This was his motivation for writing THE OTHER FLUTE, which quickly established itself worldwide as the resource for composers and performers to learn about the sonic capabilities of the flute. Because THE OTHER FLUTE was primarily written from the composer’s viewpoint, Robert went on to create an entire pedagogy for flutists. Beginning with Tone Development through Extended Techniques, he continued with Circular Breathing for the Flutist and the two volumes of FLYING LESSONS: Six Contemporary Concert Etudes.

In addition to the books and printed scores for his etudes and pieces, Robert has provided audio instruction for his etudes and compositions. On these CDs and DVDs, he plays the music, teaches it both interpretively and technically, and demonstrates the sound of every type of mistake and how to correct them.

Robert has also made a series of instructional videos that are available for the clicking on YouTube.

Expanding the Meaning of the Word “Flute” Over the years, Robert has equaled his virtuosity on flute with his prowess on piccolo, alto flute, bass flute in C, bass flute in F and contrabass flute. By expanding his pitch and timbral range through these different instruments, the musical range of the flute is exponentially enlarged. Show less

Jazz This Week: Robert Dick, the Last Poets, New Bands at the Bistro,...

“There are few musicians that are truly revolutionary. Robert Dick is one of them.” — Bill Shoemaker, JazzTimes 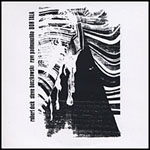 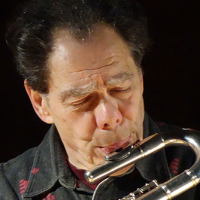 All About Jazz musician pages are maintained by musicians, publicists and trusted members like you. Interested? Tell us why you would like to improve the Robert Dick musician page.