By Ian Patterson
January 7, 2023
Sign in to view read count 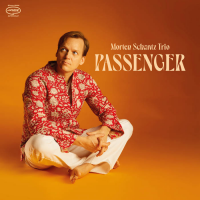 It might be tempting to view Morten Schantz's Passenger as a lockdown album, recorded as it was during those strange times of isolation, but the music can perhaps better be understood as the culmination of personal and musical growth stretching back over more than two decades.

Schantz first led a piano trio whilst still a teenager, in the late '90s. Baby steps, for sure, he admits. 'I was so young... It was more about learning the language of jazz.' Fast forward a quarter of a century and it is clear that Schantz feels at ease in the idiom. Passenger is the third outing with bassist Morten Ankarfeldt and drummer Janus Templeton, following Conveyance (2011) and Unicorn (2014). The three Danish musicians have developed a keen musical understanding over many years in a variety of bands and projects. Ankarfeldt's association with Schantz goes back to the funk band Schantz Segment in the early 2000s.

'We've stuck together for a long time, which tells you a lot about the dynamics within the trio,' Schantz explains. 'I definitely find such a strength in sticking with people that you have developed a certain language with—that trust in each other's way of thinking about the music.'

Schantz Segment, which recorded several albums before dissolving, owed a heavy debt to Herbie Hancock. 'I was more of a funk-fusion pianist in the early noughties,' Schantz acknowledges. Thereafter, Oscar Peterson, Keith Jarrett McCoy Tyner, Chick Corea, Joe Zawinul and Brad Mehldau were touchstones for Schantz, though very little of their influence informs the first acoustic trio album, Conveyance; Schantz is, above all, an original voice.

That album signalled a new direction for Schantz. Closer to the jazz tradition, yes, with a nod to Thelonious Monk, but also comfortable with leaving his personal stamp on songs by Peter Gabriel, Jeff Buckley and U2—the first obvious step in the pianist's embrace of his pop influences. Increasingly since then, Schantz' openness to all the music he absorbs has widened his sonic palette considerably. Take the handsome title track of Passenger, for example, which marries the pop language of the power ballad with explorative, jazz improvisation to powerful effect.

That it took Schantz so long to realize his piano trio ambitions was due to the phenomenal global success of JazzKamikaze, the group founded in late 2004 by Shantz, with saxophonist Marius Neset, guitarist Daniel Heløy Davidsen, bassist Kristor Brødsgaard and drummer Anton Eger.

Starting life as a post-bop, jazz-fusion band of sorts, JazzKamikaze's trajectory is one marked by significant evolution. With Schantz as the main composer, JazzKamikaze's sound has since encompassed progressive rock influences on Travelling at The Speed of Sound, (2007) and vocal-led, stadium-pop/rock on Supersonic Revolutions (2010) and LeVel (2017). No two albums sound quite the same.

'I've listened to a lot of pop and progressive rock music,' Schantz confirms. 'My playlists are not normally very associated with jazz. It's more pop, rock and classical music.'

In some ways, Passenger can be seen as a continuation of Schantz's artistic processes on Unicorn, though crafted using different tools. Here, clarinet, flute, bassoon and trumpet deeply color the title track and the epic "Pokhara." The latter was inspired by the coexistence of beauty and danger that Schantz observed in the Nepalese Himalaya, while traveling the world as a 20-year-old backpacker. 'When we've been playing live I have been presenting the song like I am the children playing on the street and the bass and drum ostinato is the storm coming closer and closer.'

'I think of them when I compose,' says Schantz of Ankarfeldt and Templeton. 'I know that they will add something valuable that will lift the music to a better place.'

If there is a common denominator in Schantz's quite distinct projects it is his penchant for striking melodies and rhythmic drive, which often translates into powerfully anthemic themes. 'I love anthemic music,' enthuses Schantz. 'That's probably the signature of what I do.' There are such examples in JazzKamikaze's songbook, in Schantz's Godspeed band and in RKDIA, his genre-fluid, EDM-inspired duo with Anton Eger.

These qualities also pop up on Passenger. The other side of the coin to Schantz's sculpting of epic, suite-like anthems is the lyrical finesse and a lightness of touch in his playing. Look no further than the lovely ballad "Hidden Island," which speaks to an entirely different sensibility.

Like all true artists, Schantz refuses to stand still. His whole career has been defined by evolution and experiment— sometimes radical—and, ultimately, growth.

Schantz has come a long way from since his teenage years when he admits to being obsessed with sounding like a jazz pianist. Make no mistake, he is a jazz pianist, and a very fine one too. But he is also, as Passenger eloquently attests, so much more besides.

Passenger can be purchased here. 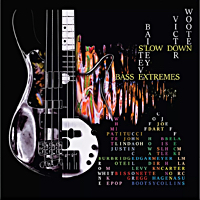 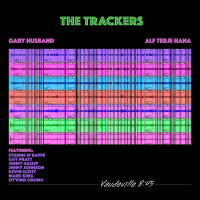 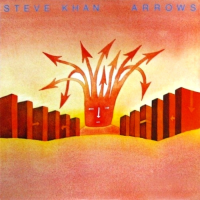 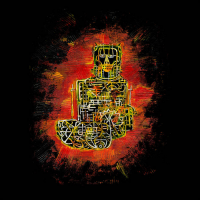