Mike Stern: About The Music

By Jack Gold-Molina
September 23, 2004
Sign in to view read count

Sometimes there are no gigs, but the main thing is the music. You can't take that away.

Mike Stern's career in music began in the 1970s with Blood, Sweat, and Tears and took off with Miles Davis in the early eighties — presently spanning 10 releases as a headliner on Atlantic Records. His latest release, Voices (Atlantic, 2001) features Stern on guitar and wordless vocals in an all-out jazz jam session. Stern came to Seattle on December 12, 2002 when he played a concert at About The Music. It was then that AAJ Seattle's Jack Gold caught up with Mike.

All Aboout Jazz: When did you start playing music?

AAJ: What made you want to start playing guitar?

MS: It just felt right, I don't know. I was just kind of into it because, you know, the Rolling Stones were doing it and like the Beatles were doing it and, you know, all the Motown groups that I was listening to on the radio. You know, all that stuff was part of it, and also some classical stuff I dug. I got to just hear a couple of classical players and I remember I was blown away by that. You know, not real famous guys but it just sounded so beautiful. So, all of the above. And then, of course, Hendrix and B.B. King, and I got into all of that.

AAJ: Yeah, which I guess brings me to the influences question...

MS: Yeah. Hendrix, B.B. King, a lot of blues players, a lot of rock players, Jeff Beck, you know, Buddy Guy, cats like that. And then also guys like — well then jazz players. Then I got into Wes Montgomery and Jim Hall, and those guys. I love that stuff, it's beautiful.

AAJ: How did working with Miles Davis affect you as a musician?

MS: Oh, that was great. It was great in so many ways but, of course, just hearing him play night after night was great. And the band was killer. It was Marcus Miller and Al Foster, and Bill Evans who got me onto the gig. Bill Evans is an amazing saxophonist so, yeah... And then with Scofield, that happened too and that was wonderful, man. That was beautiful, man. Sco' is one of my all time favorites. Him and Frisell. And they are on that record Play, the one I did before this one. It's a record I did that's on Atlantic, it's called Play. I did it a few years ago and it's with Bill Frisell and Scofield. A lot of it is like, four tunes with Billy, three tunes with Sco', or something like that. It was fun. 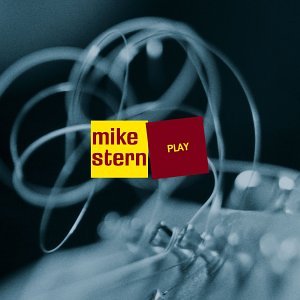 MS: Well, it's just different. I mean, Miles had his definite stuff that he would do. Mike Brecker is an amazing musician and it was an amazing experience for me playing in that band. An then with Steps Ahead also, and then with Jaco Pastorius, that was what it was. It was phenomenal. So it was all great, and Dave Sanborn.... And then I have played with lesser known names and it was equally as profound for me musically. Like Tiger Okoshi from Boston, a great trumpet player and this other guy, Jerry Bergonzi, incredible tenor player, one of the best ever. And then, of course, I had that band with Bob Berg. That was a wonderful band, that was really fun. He was just tearing it up, you know. Ever since then I've done similar things, you know. Me and Bob were actually going to get that back together for awhile, but it's not going to be, so.... It's really sad. But he had a great life, I've got to say. He left some beautiful stuff behind, you know, that will live on forever. A lot of music, you know.

AAJ: What can you recommend for musicians who are working on developing their professional careers?

MS: Well, just to keep playing. That's basically it, and try to take some risks. First I was really shy about playing with other people and I got past that, you know, just trying. Some gigs worked out, some gigs didn't work out and you just keep trying. Like Steve Smith, this drummer I played with for awhile, he's a great drummer. We played from time to time and I had a gig at some place and I thought, well, it's in the middle of Vegas, it was at the Blue Note, and I said, "I don't know, it'll be alright but it's not going to be a great draw there and I heard they are really having trouble." And he said, "It's a gig, you've got to play it." And I played it. And you know, that's the way I always feel generally. It was a gig and we played it and it went great. So it was fun. And some of them don't go as good but you just keep the music happening, that's the priority, and the other stuff seems to go into place. It's a wonderful thing.

Sometimes there are no gigs, but the main thing is the music. You can't take that away. The only person who can take that away from you is you. If it's really into your heart you've got to practice. It's like an act of faith first developing the potential, the more you do that the deeper the feeling for the music becomes. And that's wonderful in and of itself, independent of the whole career thing, you know. It sounds almost corny to say but it's really true, you know what I mean? That by itself is a lot. As I get older I certainly appreciate to have that in my life. It's like, deep, you know.

Visit Mike Stern on the web at www.mikestern.org .