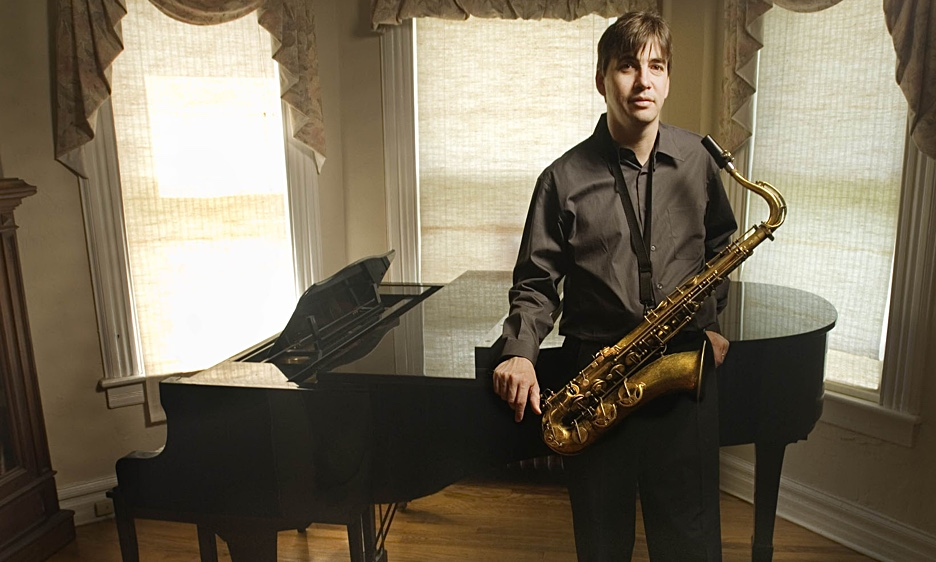 Tenor saxophonist Mike Lee is well into his middle years, a time when many jazz musicians fulfill the promise of their youthful endeavors. Lee's live appearances as a leader convey a deep-seated belief in the music, an impressive skill set, the desire to keep growing as a musician, as well as a genuine stage presence. These factors have a way of engaging audiences, regardless of the occasion or the venue.

On International Jazz Day at the Metuchen Public Library, Lee's interpretations of jazz standards and his improvisations were enhanced by the presence of two contemporaries, bassist Mike Karn and drummer Billy Drummond, and pianist George Burton, the youngest member of the group. Karn and Drummond are assertive, no-nonsense players capable of raising the roof one moment and assuming a thoughtful, reflective stance the next. Throughout a 70-minute set, they generated the kind of momentum that was sturdy and adventurous in equal measure.

The performance's overarching theme (apart from the sheer pleasure in taking in a band running on all cylinders), was that the traditional jazz repertoire isn't a museum piece. In the hands of Lee and company, material written by Dexter Gordon, Duke Ellington, Charlie Parker, and Thelonious Monk (plus "Old Folks" from the Great American Songbook and Steve Swallow's "Eiderdown") were living, breathing entities with a lot of mileage left in them. There was a palpable sense of the quartet stretching boundaries, challenging themselves, and boldly bouncing ideas off one another, yet never abandoning the spirit in which the tunes were written.

A few things stood out in a set that wasn't lacking in excitement and thought-provoking moments. Amidst a loose confederation of Burton's long, tangled lines, clusters of notes, brief pauses, and straightforward swing on "Eiderdown," the band launched a hard, explosive momentum, raising the questions: Where will the music go? and When will they come down? Lee offered a splendid ballad interpretation of "Old Folks," often implying instead of explicitly stating the tune, and seeming to work his way back without fully embracing it. The quartet displayed a keen interest in the architecture of Thelonious Monk's "Think of One." In particular, the melody was a source of nourishment for all. Burton's solo persisted in referencing portions of the line, to the point that it seemed to linger in the air even when he wasn't directly quoting it. Drummond's unaccompanied solo initially consisted of snare and bass drum figures that gradually become more complex. Not unlike Burton, he integrated bits and pieces of Monk, and eventually drummed a nearly letter-perfect rendition of a large portion of the melody.

From beginning to end, Lee's quartet fed off the energy and spontaneous responses of an enthusiastic audience. Approximately 50 people listened attentively and didn't hesitate to applaud and offer verbal encouragement, during and after each selection. While this kind of positivity is not unheard of, after a long period in which live jazz was virtually nonexistent, it was great once again to experience a band and an audience making a genuine connection. Many thanks to the Metuchen Public Library and the Metuchen Arts Council for making it happen.