Michael McDonald with Chaka Khan at The NYCB Theatre at Westbury 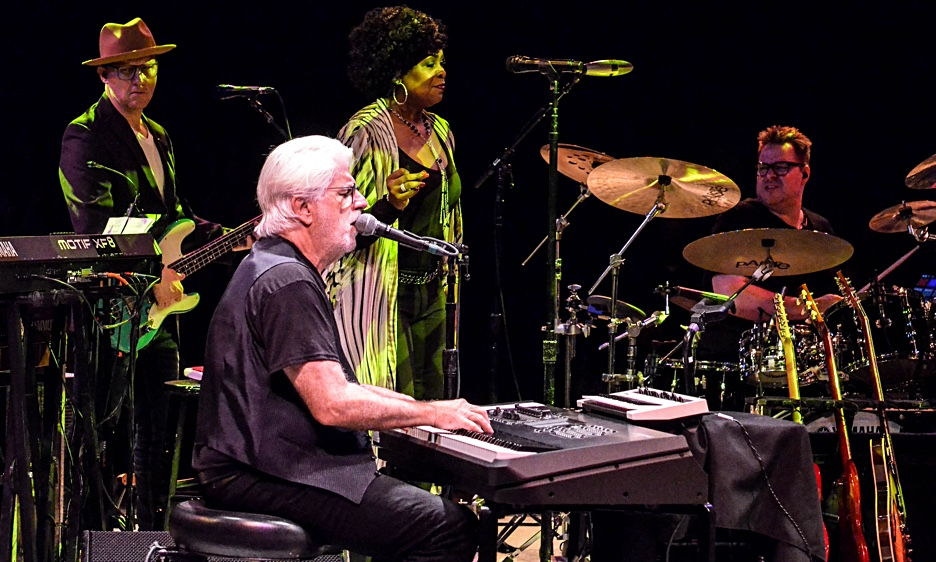 Most musicians would dream about having the type of career that Michael McDonald has enjoyed. McDonald's career had been long and storied. In the early '70s he was a member of Steely Dan's touring group. As time marched on, he became one of the many adjunct members of the band, working on the classic ABC Records releases Katy Lied (1975), The Royal Scam (1976) and Aja (1977). He then joined The Doobie Brothers. His first appearance on a Doobie Brothers' album was on Takin' It To The Streets (Warner Brothers, 1976). His inclusion into the group's musical orbit provided the band with a touch of soul, pop and, of course, R&B. By the early 1980s, due in-part to his influence, the Doobie Brothers were no longer a rocking guitar-based outfit but a more soulful keyboard-driven group. His last release with them was the live collection Farewell Tour (Warner Brothers, 1983).

McDonald's first solo album, If That's What It Takes, was released in 1982 by Warner Brothers. Over the course of his solo career, McDonald has released an additional eight solo albums as well as a number of Christmas collections. His latest CD, Wide Open (2017) was released on Chonin/BMG Records. It was his first album of original material since Blue Obsession (Ramp Records, 2000). In addition to working with Steely Dan and the Doobie Brothers, McDonald has also collaborated with Kenny Loggins, Barbra Streisand, David Cassidy, Van Halen, Patti Labelle, The Winans, Aretha Franklin and Toto. McDonald has received many accolades, winning five Grammy Awards (with an additional eight nominations) and an Honorary Doctorate of Music from Berklee College of Music.

Chaka Khan was born Yvette Marie Stevens. Her career has spanned nearly five decades, beginning in the 1970s as the lead vocalist of the funk band Rufus. Known as the Queen of Funk, Khan may best be known for her hit song "I Feel for You." Khan has won ten Grammys and has sold well over 70 million records worldwide.

On a pleasant and somewhat sleepy Friday evening in late June, McDonald and Khan along with local favorite Jeff LeBlanc touched down at Westbury, NY's iconic NYCB Theatre for an evening of R&B, soul and classic rock tunes. The evening began with a brief but strong set by LeBlanc and a workman-like set by Khan, which featured "I Feel For You," I'm Every Woman," "Ain't Nobody" and was highlighted by the duet with McDonald on "You Belong To Me." Following the openers, the audience settled in for the much-anticipated main event as the keyboard master led his band through an hour-and-a-half long set that brought the audience along for an aural tour of his celebrated career.

Following Khan's set, the energy level within the intimate arena was high. The mostly middle-aged crowd was primed to party. It had danced its way through Khan's performance and continued to do so as McDonald delivered a set featuring Doobie Brothers' hits as well as his best-loved solo tunes. McDonald not only played the keyboards, but he also played guitar on the opening number "I Keep Forgettin.'" After that McDonald moved to his familiar spot behind the keys. He tickled them with aplomb and his cool and soulful vocals were crystal-clear on favorites such as: "Ya Mo Be There," "Here To Love You," "Strong Enough," "On My Own" and "Real Love."

Other highlights of the main set included "Ain't No Mountain High Enough" "I Can Let Go Now" and "Sweet Freedom." On "Ain't Nothin' Like the Real Thing," Khan joined McDonald onstage for a tour de force version of the classic song. Judging by the standing ovation, the audience was clearly thrilled. The main set ended with the powerful combo of the Doobie Brothers' critical and fan favorite tunes "Minute By Minute" and "What A Fool Believes."

The encore was a tremendous version of "Takin' It To The Streets," the Doobie Brothers' first single featuring McDonald. The song was a quite appropriate ending to the show as its:

Lyrics clearly echo some of the issues that continue to be prevalent in 2019.