The Doobie Brothers’ legacy has been built upon not just hit records, but also an unrivaled commitment to musical integrity and a steadfast allegiance to their enthusiastic fan base. The bands ability to evolve in a constantly changing industry and connections to generations of listening audiences is a testament to their craft.

It all began in 1969, when a drummer named John Hartman arrived in Northern California. He was there to meet Skip Spence from the band Moby Grape and become part of a supposed band reunion that never quite got off the ground. But it wasn’t all for naught. Spence (who had also played in the Jefferson Airplane) introduced Hartman to his friend Tom Johnston, a local singer/songwriter/guitarist -and they connected. Hartman and Johnston began playing local Bay Area bars. They soon met singer/guitarist Pat Simmons, whose finger-style playing richly complimented Johnston’s R&B strumming-style, and the foundation for The Doobie Brothers was set.

While their debut album in 1971 did not chart, just a year a later, their second record, Toulouse Street, became a breakout sensation. Producer Ted Templeman helped the band craft a sound that was organic, yet radio friendly, and brought in Little Feat keyboardist Bill Payne to add unique musical textures.

From there The Doobies hit the road, tirelessly working their way around the world. They established themselves with a breathtaking run of hits on Warner Bros. Records that tapped into a myriad of American styles. “Listen to the Music,” “Jesus is Just Alright,” “China Grove,” “Black Water,” “Rockin’ Down the Highway,” “Long Train Runnin’” and other anthemic singles confirmed their status as fine craftsman who could also rock arenas.

In 1974, Steely Dan co-lead guitarist and session legend Jeff “Skunk” Baxter joined the band as third guitarist, one of many unique and talented players who would revolve in and out of the band over the years. The group’s expanded lineup was augmented in 1975 by Michael McDonald, whose soulful vocals and songwriting led to the hits “What a Fool Believes,” “Minute by Minute,” “Takin’ It To The Streets,” and “You Belong To Me.” Multi-instrumentalist and vocalist, John McFee, joined in 1978 bringing his wide range of musical styles and experience recording with Van Morrison, Steve Miller, Elvis Costello, and The Grateful Dead to The Doobies’ sound.

The collaborative, almost communal sense of family within the band allowed them to stay fresh and unpredictable over the years, while never forsaking their deep American musical roots, boogie-jams and all.

After a respite in the early 80s, the band reunited in 1987 for a series of gigs benefiting veterans’ groups and children’s charities (ultimately raising millions). Those shows at the Hollywood Bowl were the fastest sell-outs since the Beatles had played there more than 20 years earlier. In a Los Angeles Times poll the year before, fans voted Led Zeppelin and The Doobie Brothers the bands they wanted most to see reunite.

The Doobie Brothers were inducted into the Vocal Group Hall of Fame in 2004, have won four GRAMMY® Awards and sold more than 48 million records worldwide (including three multi-platinum, seven platinum, and 14 gold albums). Their 1976 Best of the Doobies has sold more than 12 million copies, earning rare RIAA Diamond status. Their No. 1 gold-certified singles “Black Water” (1974) and “What a Fool Believes” (1979) lead a catalog of hits that includes “Listen to the Music,” “Jesus Is Just All Right,” “Rockin’ Down the Highway,” “Long Train Runnin’,” “China Grove,” “Take Me In Your Arms,” Takin’ It to the Streets,” “Minute by Minute,” “You Belong to Me,” and “The Doctor.” In all, The Doobies have tallied five Top 10 singles and 16 Top 40 hits.

“We’re basically an American band – we cover a lot of areas,” says Johnston. “We cover blues, R&B, country, bluegrass, and rock ‘n’ roll. It’s based on rhythms, rhythm structures, picking, and harmonies. That’s been the signature of the band.” He continues, “You take Pat, who comes from a folk/blues background, with a lot of picking and stuff like that; he was a big fan of Rev. Gary Davis and Dave Van Ronk. I come from a blues, soul, R&B, and rock ‘n’ roll background. Then you stick John McFee into that mix. John came from a country background when he started out and was in the country band Southern Pacific. And he is a session musician – he’s played with everybody from Steve Miller to Van Morrison to Elvis Costello. If it’s got strings, he can play it.”

“We all have the same work ethic,” says multi-instrument virtuoso McFee, self-described as the “new guy.” “Tom, Pat and I are still surging ahead. We’ve stayed together as friends as well as musicians. We are compelled to challenge ourselves. I mean, I love playing the old songs. But when we’re working on new material now, I think we’re coming up with better parts. The band has always been good, so it’s kind of like we’re competing with ourselves. But honestly, we’re playing better than ever.”

Simmons notes, “We didn’t really sit around and think, ‘Oh, we need this element or that element.’ The music has always been an honest representation of whatever we happen to be working on at the time. We had all been playing music for a long time before we put the band together, and our roots influences are what come out. Those influences always overtake whatever conceptual ideas you might have. It’s always been that way with this band — you always return to who you really are.”

The ability of The Doobie Brothers’ music to connect with the essentials of people’s lives in tuneful, affecting songs has developed an audience that spans generations today. Known for their dynamic live performances, the band plays close to 100 shows a year touring worldwide, delighting concert goers of all ages.

Simmons adds, “We have a hardcore fan base that has handed our music down through the years to their children and their children’s children. Repeatedly, people go to our concerts and come up to us and say, ‘My dad turned me on to you guys years ago, and I’ve loved you guys all this time, and my kids are listening to you now.”

“And the songs that people all know, be it ‘Listen to the Music,’ ‘Black Water’ or ‘China Grove,’ are still getting played,” Johnston adds. “Any song that stands the test of time for 40 years or is getting played around the country on a daily basis – that to me is a testament to the quality of the tunes, and that they have something to say that resonates with people. I’d like to say this band has been relevant – it’s been relevant musically, it’s been relevant lyrically, and we’ve always put out a high quality of music.”

They take none of it for granted. And their music has proven to be relatable for generations since they first came together, which is why they continue to make new music. The fundamental appeal that has drawn listeners to this group for four decades may be best expressed by Simmons:

“In a certain sense, what this band has always had in common with everyone else is the word ‘hope.’ We hoped we would make some good music, and we hoped there would be some acceptance, and we hoped that things would get better in the world. In that respect, we’re just the same – we’re still hopeful about the future.”

The mere name of the band gives one hope. And it makes you think, it makes you feel and makes you appreciate the efforts of one of America’s most dependable musical outfits. It takes you back, while also helping you look ahead. Show less

TJay Is On A Roll! After Opening For The Doobie Brothers, TJay Is...

The Doobie Brothers: A Brighter Day 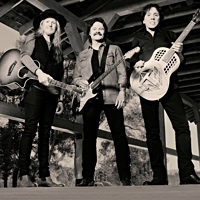 All About Jazz musician pages are maintained by musicians, publicists and trusted members like you. Interested? Tell us why you would like to improve the The Doobie Brothers musician page.