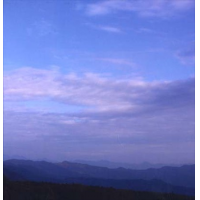 What am I talking about? I'm talking about kismet. The revelation, that just as I was about to begin a meditation practice, this huge 18-LP boxset from the Japanese noise artist Merzbow, aka Masami Akita arrived at my door.

Why are these two related? Some background is necessary. Masami Akita is perhaps the greatest exponent of "noise-music" on the planet. That seemingly oxymoronic word raises the question (which we will leave to the scholars) how can noise be music? I'm not talking about when you lived with your parents and your mom would yell up to your room to "turn that bloody noise down." Merzbow and artists such as K.K. Null, Z'EV, James Plotkin, Kevin Drumm, The Haters and Boredoms continue a tradition of sound generation that began with The Futurists, John Cage, and runs through Jimi Hendrix and John Coltrane's late work. They each strip (or build) sound, so that the listening experience surpasses the aural. But, more about that later.

I found that the best way to "listen" to this noise was to repeat the experience I've had with prior Merzbow recordings during my athletic training, specifically endurance training for bicycle racing. I often listen to music while training, and a two hour bike ride often includes intervals (a twenty to thirty minute period of intense exertion). One day, with my iPod on shuffle, Merzbow's Merzbuddha (Important, 2005) came up. That sound, fit the activity perfectly. Merzbow's churning waves of noise fell perfectly in line with my 20 minutes of high heart rate, powered-up suffering. I was transfixed, this was the soundtrack to my effort, a sort of machine-meets-animal growl that matched my primordial effort to wrestle my machine. With Merzbow I could direct my focus without being distracted by melody, soloing, lyric or rhyme. Each pedal stroke, required both continued concentration and a detachment from the pain. I had to turn off the part of my brain that was urging me to quit, saying "look at that gorgeous grove of trees, and those cows. Stop and look. Hey, let's go get a cup of coffee." Instead, I had to devote myself to the task at hand. Entering the "zone" as it is referred to by athletes. Deep concentration, an attentiveness to the task at hand.

Like athletic training, digesting a large collection of music, a complete boxset or live session, takes a bit of discipline. I once devoured the 22 hours of trumpeter Dave Douglas' Quintet and Keystone bands from New York's Jazz Standard, with a full immersion of sound. This would be different. Masami Akita's sound is often difficult, room-clearing turbulence. Thus, the idea of meditation or brain-training concentration occurred to me. Meditation can be a mantra, silent nothingness or focus on the breath. I chose to practice my meditation around Merzbow's music. That's what it is. Practice. As they say, "there ain't no perfection" in meditation.

I have been engaged with Masami Akita since his early days (the 1980s). I adopted the moniker FaGaGaGa after the dada artist Max Ernst term Fatagaga ("Fabrication de tableaux garantis gazométriques") and he, Merzbow, from Kurt Schwitters "Merzbau." Back then, bands like Fugazi, The Tape Beatles and G.X. Jupiter Larsen's Haters traded (pre-internet) cassettes and art by way of the postal system. Mail Art, a branch of Fluxus art, is a direct descendent of Dada and Surrealism.

Merzbow has since evolved beyond this fringe art scene to become the leading proponent of noise music today. He has released hundreds of recordings over multiple labels, including the 13-disc Japanese Birds (Important, 2009) series, the 10-disc releases Merzmorphosis and Merzphysics (Youth, inc., 2012) and the mind numbing 50-disc Merzbox (Extreme, 2000). It is improbable that one listener could consume his entire oeuvre. Then, such immoderation is part-and-parcel of his art. The sound is but one component of his domain. His animal rights activism is a large presence in his current output, as is his Fluxus roots, evident in the detailed packaging for each release, with elaborate hand painted boxes, wooden CD cases, LPs, stickers, posters and t-shirts, all produced to, in effect, package his sounds in an anti-art, yet art-consuming fashion.

Merzbient was originally released in 2010 as a limited edition of 555 CDs, it's re-release here is an 18-LP collection (with additional tracks) limited to 222 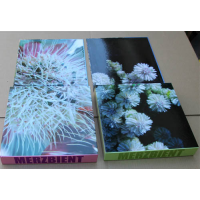 signed copies, enclosed in a pair of custom made boxes, 44 of which are pressed on red vinyl. The collection is satisfying enough as a stand alone piece of sculpture art. These days, where Dante's nine circles of hell include digital downloads, Merzbow feeds the fetish collector's dream for objects. Merzbow's boxes underscore the saying that the medium is indeed the message.

For those more enlightened folk, I'm a newbie to meditation. I struggle and failed constantly in my practice, but then again, isn't that the point?

To begin this investigation, I employed the CD collection of Merzbient because I wanted to monitor my time via the clock on my player. Sitting on a pillow on the floor, I pushed play and began my journey. 30 seconds into the first disc, the phone rings. Damn it! There is no way I'm voting for your candidate now. I begin again. The sound, devoid of beats is part underwater motion and part muffled blasts. Merzbow delivers sounds like circuits frying in a constant wash. Then, at 12 minutes my dog Freddy starts licking my arm. I shoo him away and close my eyes again only to be greeted by my wife at the 20 minute marker. I can only wish I had been meditating when the only thing that can be described as a beat or pulse enters at the 28-minute mark.

Masami Akita's work here is from the late 1980s. He was then experimenting with found objects, metal boxes adapted with strings and piano wire, and his homemade sound generators and synthesizers. This box, loosely (very loosely) associated as ambient music was recorded as Merzbow was becoming a live entertainer. His performances, Fluxus "happenings," drive a wall-of-sound at listeners, he mocks ambiance by creating an anti-ambience.

Day two and three (CD2 and 3) both find my meditation lasting approximately 18 minutes each session. My monkey mind distracting me from the sound. While I was concentrating, Merzbow's wave force acted like a constant hurricane of energy both violent and attractive at the same time. From the depths there are sampled cow and dog sounds and maybe even a bit of turntable scratching. Was that a guitar solo in CD3, or was it the sound of Miles Davis' wah-wah trumpet pedal? His decidedly low-tech approach is part surrealist dream and part primitive noise. He favors broken amps, industrial tools, strings, feedback and the ghosts inside his machines.

As my meditation practice continued, I realized the old adage "writing about music is like dancing about architecture" needs to be updated. Merzbow's sound with it's heavy bass pressing down on my chest, and almost constant harsh metallic storm is music that is also architecture. With eyes closed and mind tuned, the sounds build forms, spaces, blocks of sci-fi dreamt environments. His noise creates visuals, not unlike computer generated imagery. We are deep within the Matrix here. Not the clean world of Wachowski films, but that of Philip K. Dick's science fiction. He samples drummers, and there's even a jazz band playing somewhere in the mix, albeit next door. Merzbow is constantly battling this huge monster.

By day five he allows for some spacey echoes and bits of toy piano. Of course all is in service to the constant rumble of the beast that lives under water. Merzbow, creates a roar, a hurricane of violence that is simultaneously repulsive and yet attracts. It's the metal-on-metal car crash you cannot look away from, the disfigured homeless man, the roar of Niagra Falls.

My meditation (which could have be in silence) seeks out this ferocity. Not for its violence, but was a calming effect. A way to focus the mind, rid myself of the distractions of noiselessness and clear my thoughts. Merzbow's sound cannot be ignored, except at low volume. But that's the point. This collection is decidedly primordial, you hear the constant hum of the engine, maybe the sound (and feel) of the jet airplane's rattle and hum as you try to sit through the darkness of an overnight flight. The roar of a blizzard beating at the windows are often coupled with the artist bowing, scraping, pounding and coaxing sound from various objects. The inorganic is juxtaposed against the animate. Merzbow hammering on some found art, bowing strings, and dropping misshapen samples into the mix.

The lonely task of meditation inside this world slowly becomes an anticipated practice. As I sit, the unfamiliar becomes the routine. Much like the symphorophilia effected characters in J.G. Ballard's classic novel Crash, I begin to associate my 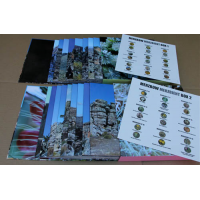 mediation with the ferocity that is Merzbow's sound. I can now sit for longer periods of time in these familiar surroundings. Where Ballard's characters are touched by sadomasochism from the violence of a car crash, my mind's concentration is enhanced and fine-tuned. The experience of Merzbient with it's anti-virtuosity, marathon-length tracks, and high decibel harshness is one of focus and evanesce. The ecstasy of the excess.

Much like meditation, Merzbow's output is a journey and not the clichéd destination. My budding meditation practice was invigorated by the 18 LPs included in Merzbient. So much so, that when I found myself recently climbing (by bicycle) the highest peak east of the Mississippi, a pinnacle called Mt. Mitchell, I put to use my Merzbow meditation. Although I was without iPod (thus sound), I was able to get inside my breathing, and Masami Akita's noise was the engine that kept turning over the pedals as I climbed higher. Distractions of pain and rain were but a blip on my radar. I was able to devote myself fully to the task at hand. The voice in my head reminding me that it was cold, wet and the car at the bottom had hot coffee was noted then dismissed. The pure sensation of physical effort, breathing and spinning circles with my pedals was the sole purpose. Focus, concentration, and my path to freedom made possible by way of Merzbow's textured wall of noise.