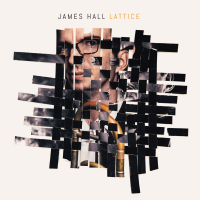 James Hall uses an interesting combination of instruments you rarely hear in a jazz quintet on this CD, with his trombone and Jamie Baum's flute sharing the front line. The result, full of cool high-low harmonies, is an intriguing sound that goes in many different directions.

The lilting weave of "Shoy" showcases how well Baum's low-pitched flute and Hall's gliding trombone can work together as they move through Hall's attractive theme. "Lattice" and Joe Henderson's tune "Black Narcissus" are both given a dreamlike foundation through Deanna Witkowski's electric piano. The pulsing flute-trombone blend on the former recalls the ambient mystery of early Weather Report and Herbie Hancock's Mwandishi band. The latter has a harder but still mellow groove with Sharel Cassity's alto sax adding body to Hall's and Baum's slow dancing progressions.

"Brittle Stitch" is a more muscular and conventional jazz piece with Hall, Baum and Cassity all blowing together well, but Witkowski steals the spotlight with a hard-swinging piano solo. The attractive sonorities Hall and Baum achieve are further shown in their playing on Kenny Wheeler's airy "Kind Folk" and the delicate, climbing melody of "Traveler." "Kind Folk" is further notable for Baum's and Witkowski's insistent soloing, and with "Traveler" the strong springy support of the rhythm section comes to the fore. On "Gallardia" Baum and Hall overlap and alternate phrases over an attractive Latin beat and "Terrace" has Hall's wah-wah trombone and Witkowski's sly piano giving the music an unexpected but enjoyable sidestep into the blues.

James Hall's composing and arranging on this CD combines lightness and calm with grace and understated power. The music is cool and relaxed on the surface but has subtle strength in the rhythm section that gives weight and drive to the whole. Deanna Witkowski's lively piano soloing throughout is an added bonus. This is one of those CDs that gives you more to appreciate with each listen.