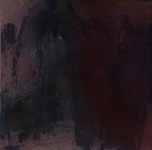 Inspired by Jimmy Giuffre, the band plays tight compositions with chamber ensemble precision, yet with a jazz band's sense of swing. Credit Falzone for his reserve, and equally Adasiewicz, for his subtle shading. The gentle "Last Love Song" finds Daisy inching things along with mallets as Falzone registers pure and beautiful notes. The rush of "Fickle" turns into a walking blues, then trots along before breaking into a scattershot of sound. The music, attributed to all four members is neat, concise and engagingly hip.

This band may never reassemble, but thanks to Klang, there's a glimpse of what was.