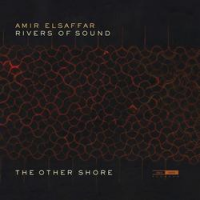 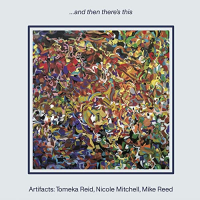 Chicago's Association for the Advancement of Creative Musicians or AACM, formed in 1965, adopted the maxim “ancient to the future." The future of which they spoke, in the hands of the next generation heard here, is indeed secure. The trio Artifacts comprises the gifted successors to the AACM, cellist Tomeka Reid, flutist Nicole Mitchell, and drummer ... 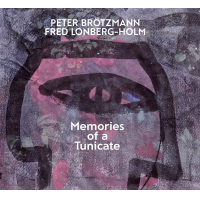 Peter Brötzmann in a duo format brings out the best of Peter Brötzmann. Yes, but maybe of greater import, the duo also ennobles his improvising partner. Not that cellist Fred Lonberg-Holm needs the accolades. He has been front-and-center of the creative music scene for more than three decades, collaborating with the likes of Joe McPhee, Ken ...

Steve Dawson: Finding the Secret of a Song

It might be that singer/songwriter Steve Dawson was born in California and raised in Idaho, but he has become a son of the city he calls home: jny: Chicago. He is teaching at the acclaimed Old Town School of Folk Music and while preparing others for a life in music, he has also followed his own ...

All About The Vibes

This week the show is all about the vibraphone or vibes with a variety of music demonstrating the power and wonder of that singular instrument. Jazz history is full of great players from Milt Jackson through to Gary Burton but I'm going to look at some modern practitioners on this show, One of those is Dan ...

Matt Piet & His Disorganization: Rummage Out Perhaps it was pianist Matt Piet's appearances with esteemed reedman Dave Rempis on the co-operative Hit The Ground Running (Aerophonic, 2016) which first started to garner him attention, but he is certainly beginning to gain a reputation in his own right, a trend which can only be furthered by the release of Rummage Out. Piet set ... 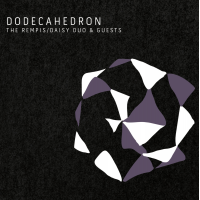 Saxophonist Dave Rempis and drummer Tim Daisy have been performing together in Chicago for decades. Their voices have been heard in Ken Vandermark's Audio One, Resonance Ensemble and The Vandermark Five, Triage (with Jason Ajemian), and their own projects, Rempis' Quartet, The Engines, Percussion Quartet (with Ingebrigt Håker Flaten and Frank Rosaly) and Daisy's Celebration Sextet ...