Karina Corradini: From Ella to Elis 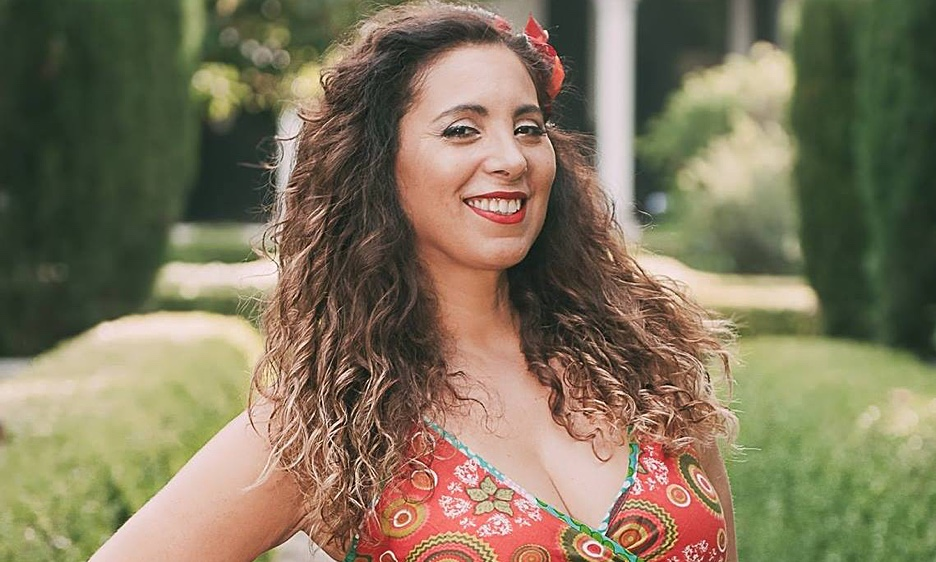 I heard Ella Fitzgerald and Lois Armstrong and I just went crazy. I wanted to sing like Ella
—Karina Corradini

It's remarkable how some musicians can overcome severe adversity, stay focused, persevere and come out on the other side of the tunnel. There are many such stories, and one is singer Karina Corradini from Buenos Aires, who has been on the Los Angeles jazz scene for some 15 years.

Corradini has an appreciation for all kinds of music, but listening to Ella Fitzgerald and other jazz musicians has bequeathed to her a strong sense of swing and an approach to phrasing that allows her to play with a melody by altering harmony or rhythm in an exciting way. Her voice is strong and smooth, with a hint of her Latin background.

While not a newcomer to the music scene—she was busy performing in Buenos Aires before she came to the U.S.—her debut album didn't come out until this year. There were physical hurdles, and accompanying mental challenges, along the way. But Bridge to Infinity was finally released this year. It is a menu of American and Latin standards carried out by a fine band, including bassist Christian McBride, who told Corradini years ago he wanted to be a part of her recording project. McBride is co-producer with the singer on the independently produced album. Corradini's control of the material makes it seem easier than the task actually is.

Corradini's joyous personality also makes it seem like producing it was as smooth as her swinging style. It wasn't. The project started in 2011.

She had been friends with McBride for awhile. "When I told him I had this project, he surprised me saying he wanted to be part of it. Something I didn't expect at all. I was just telling him about the project of making my first album. He said, 'Please wait or me. I want to be part of it.' I had to wait for his agenda to open up. In the meantime, I started recording some songs with Rene Camacho (bass). Christian suggested to call his friend, Marvin "Smitty" Smith (drums). We started with him and my musicians. And the late saxophonist Zane Mussa, who was my friend. He passed after we finished recording. That's why the album became a tribute to Zane."

McBride became free in 2012 and brought with him percussionist Munyungo Jackson. "It was a very inspiring environment," she says. "It felt like a real party on those two days. A friendly celebration. It was a really nice vibe."

McBride did arrangements and directed nine tunes. Eric Bulling, a Chilean arranger who worked with Ella Fitzgerald on the Ella Abraca Jobim album (1981) did the other arrangements.

"It took a long time because I had a serious illness that I had to go through. It kept me from finishing the project. It was a fungus (systemic candidiasis). I didn't know what it was. I had it for four years. It took me three years to find out what it was, and a year and some to get rid of it. Doctors gave me different diagnosis. I ended up using natural medicine to heal myself," says the singer.

"It was an incredible challenge in my life. They give you medication. You go through depression at times. You have to gather your inner strength and your true self," she recalls. "I had to bring out the lioness in me to get out of all those troubles. It was one thing after the other. Add to it, we loved Zane, who was my personal friend and very important friend in the jazz community in Los Angeles."

However, as she was healing, she fell down some stairs at her father's house in Argentina that was undergoing some renovation. Not only did she break her wrist, but she suffered from chronic pain syndrome for about a year. "I don't wish that on anyone."

Through the ups and downs, she didn't lose sight of her goal of finishing the album. She healed through natural means, she says, and when she felt fully healthy, she forged on.

"I improved working at home, improved my craft. When I was well, I would go to my vocal coach and study some piano. Do my songs in a different way. And listening to a lot of music. That is a huge part of what sustained me through all of this. Also, I am a spiritual person since I was very young, about 16 years old. Searching for spiritual answers in my life. I read Carlos Castaneda's books. I also learned meditation techniques from an Indian guru."

"I didn't want to finish the album before I was completely and absolutely recovered. Because I wanted to give it my all. This was really about art. My art at 100 percent. We had all the tracks ready, but I wasn't. That's why it took all this time. Life is interesting, you know? It's fun and it's beautiful, because that's how human's grow, through hardship... There was a lot going on. But I am very happy now that I overcame all that. I am in a really good place in my life. I am much more appreciative. My spirit is really strong. I am a different person."

The album includes "You Turned The Tables On Me," "Until I Met You," "Lover Come Back To Me." "What A Difference A Day Makes" and "I Could Have Told You." It has a tribute to Brazilian icon Elis Regina, "Cai Dento" and bossa-novas "Doralice" and "Voce E Eu." The band is solid and Mussa's playing is a soulful throughout, matching that of Corradini.

"I am very satisfied. I have no complaints at all. I feel so proud and happy of this work," she says. "It wasn't only about my singing. I was about all these incredible musicians who are top-notch international jazz musicians. And also my love and gratitude to Zane Mussa."

The current reality is the new recording and more performing. The road to that point started in Argentina. Her father is a tango dancer and taught the Argentine art form in many places in the world, including Buenos Aires. Her mother, while not professional, had a natural flair for dance.

"I grew up listening to tango in my home. I love it with all my heart. I have sung tango there, but it wasn't my calling. In Argentina, like any country in South America, you listen to everybody's music. Every neighbor's music. Music from Brazil is constantly on the radio. All the Brazilian artists have played in Argentina. From Chile too. Also Argentinian tango and folklore. Rock. American music has influenced the entire world."

Corradini was singing as a girl and began professionally at 18. "When I was very young, I realized Brazilian music was pulling at a special heart string in me. I listened to Jobim, Djavan. I listened to a lot of Djavan. That was a big influence in my teenage days. Then I met this group of jazz musicians and flamenco musicians. I realized that jazz was a big call for me. I totally fell in love. I heard Ella Fitzgerald and Louis Armstrong and I just went crazy. I wanted to sing like Ella. I was 15. I wanted to learn to sing like this woman. "Then I went deeper into Elis Regina, who I'm still obsessed with. A lot of beautiful music growing up."

"I am old school," she says with a chuckle. "Even today, I continue listening to new musicians and new artists. But most of the time I go to the masters. Bill Evans and Oscar Peterson. And singers, of course, they are my teachers. Carmen McRae is my teacher. Sarah Vaughan, probably my biggest teacher."

Her career blossomed and she way busy. She moved to the U.S. to broaden her experiences.

"I wanted to learn English. It was very dear to me in my career that I wanted to sing jazz. I wanted to learn the language well and study music here. Also, the philosophy of Carlos Castaneda brought me here as well, to Los Angeles specifically, because he was here and he invited me to some of his meetings. Lunches and stuff. So I decided to come to Los Angeles," she says.

Corradini still returns to Argentina each year to visit family and performs at major jazz clubs. "They treat me with a lot of love."

"Argentine musicians are very well informed. They study hard. Argentinians are very passionate people. That translates in the music. I was very lucky because I got a gig twice a week when I started, for two years. That was my school of music because I learned on stage. I didn't have the means to study in school. I took private lessons, but I studied when I came to Los Angeles, a few years in college."

Since the recording, she gets gigs where she can, but "there are not many venues, honestly. I have been singing, but in a slow pace. I was going through hardships for five years, so I wasn't singing a lot. When I felt better, I couldn't do a lot of commitments, because I didn't know when I was going to be in bed. So I had to be careful of my schedule. That's why people don't know me so much here in L.A. I haven't done a lot of live shows. Not as yet. I've been singing with my own band every two months or so. I used to go as a guest, to jams and things like that. I hope this album brings the light.

Ever upbeat, Corradini is happy with the response to the recording. "Whoever has listened to the album has given me a lot of love. That gives me hope and happiness. I am confident that when I get the opportunity the audience will be happy with what I do. I have sung a lot in my life. In Argentina and here before I got sick. I used to sing with a rhythm & blues band for a few years and with my jazz band. And Brazilian gigs as well. I always get a beautiful response from the audience and that gives me happiness and confidence that the public likes what I do."

I have a beautiful life," she says. "It was a killer band... What I want is for radio people to play my music. I know that if people get a chance to hear it, then good things will happen. I hope that I can tour the U.S. ... I was telling the guys, I hope I can take it on the road so everybody can enjoy it."