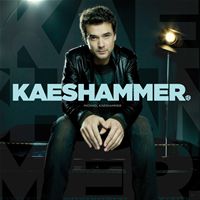 It doesn't take a Charles Darwin to realize that the true evolutionary inheritors of Frank Sinatra's and Peggy Lee's brand of "popular" music were Elton John and Billy Joel, and not Harry Connick, Jr. or Michael Buble, the latter being more keepers of the flame than the former innovators. Had popular music not dissembled into the current confused concoction of country, rock and hip-hop, where might it have ended up? At the door of German/Canadian Michael Kaeshammer, that's where.

Kaeshammer debuted with Blue Keys (Alma Records) in 1996. Since that time, he has released six more recordings, including this eponymous release. The staggering reality of Kaeshammer is the fact that so much talent—composing, singing, instrumental chops, and arranging—comes so densely packed in a single person. It seems inconceivable that with such a discography, including Kaeshammer in particular, the singer is not more widely known. Because this is music more infectious than the flu.

Kaeshammer's stylistic range is as deep as it is wide, ranging from the stride piano of the 1930s Willie "The Lion" Smith ("Tightrope") to the Fender Rhodes of the Faces' Ian McLagan ("Kisses in Zanzibar") and singing from 1920's show tunes (an inspired and revamped "Love Me or Leave Me") to the Christopher Cross-meets-Bruce Hornsby style on "Remedy." Ray Charles, Leon Russell, Lindsey Buckingham, Elton John, Don Henley, and so on are all here in a sound that can only be called Kaeshammer's own.

Artists of the breadth of Kaeshammer no longer exist. They are too often drowned out by the lowest common denominator conventional wisdom ruling what is popular and what is not. Kaeshammer brings things back to the basics: superior musicianship and exceptional songwriting. If only Sinatra lived so long to hear this.

Rendezvous; Kisses in Zanzibar; A Little Bit of Love; Tightrope; The You- and-Me; People Get Ready; Heartbeat; Shalimar wind; Love Me or Leave Me; Remedy.