Results for "Willie "The Lion" Smith"

About Willie "The Lion" Smith

With his derby and cigar, along with his command of counterpoint and swing, Willie "The Lion" Smith was one of the jazz world's outsized characters. Bravery during World War I earned him his nickname; friendship and mutual admiration led to Duke Ellington's "Portrait of The Lion" and Smith's own "Portrait of Duke." William Henry Joseph Bonaparte Bertholoff was born in Goshen, N.Y., on Nov. 25, 1897. Growing up in Newark, he began playing at age 6, drawn to the piano by his mother's playing in church. His father's Jewish ancestry later led to work as a cantor, he claimed, during the '40s. In 1916, Willie enlisted in the Army where he became the drum major for his unit

Meet Markos ChaidemenosMarkos Chaidemenos is a jazz musician who discovered his love for piano at the age of 16 (2005) and his passion for jazz at the age of 22. Although Markos earned his first bachelor at Informatics & Telecommunications in National and Kapodistrian University of Athens, he never worked in the field. After he mastered ...

In the last hour, we listened to several of the bands associated with New York, with an emphasis on the new large ensemble form, the jazz orchestra. In this hour we'll stick with New York, but focus in on the piano music of Harlem—"Stride." We are joined in this hour by Art Wheeler, pianist, producer, composer ...

African-American Music: A retrospective at Jazz at Lincoln Center

One of Jazz at Lincoln Center's most thoughtful concert ideas in recent memory came to life at the Appel Room on March 2, 2018. Dubbed “Rags, Strides & Habaneras" the intimate program managed to survey a host of strategic forms from origins in West Africa that shaped the art of music in the Americas. 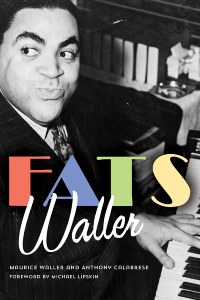 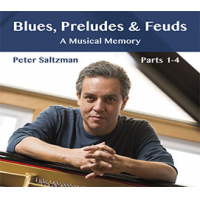 Solo piano albums have the special place in the cannon of improvised music as a mode of presentation and holds an honored place in jazz; the history could even be traced to music predating the origins of the genre. In mechanical terms, it has not changed, one musical artist sitting at the piano for well over ...

Bill Charlap Trio at Tilles Center for the Performing Arts

Bill Charlap Trio Tilles Center for the Performing Arts Jazz on Stage with Matt Wilson Brookville, NY November 8, 2015 To witness pianist Bill Charlap in action is to receive an education, so who better than the newly-appointed Director of Jazz Studies at William Paterson University to help kick ... 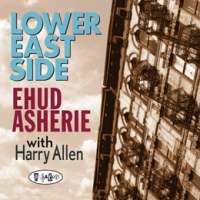 In this day and age, when shock-and-awe maneuvers and new-thing sounds tend to get all the plaudits and press in jazz, it says a lot when a throwback duo date is widely admired by critics and fans alike. Such was the case with pianist Ehud Asherie's Upper West Side (Posi-Tone, 2012), which brought him into contact ...