By John Sharpe
December 16, 2013
Sign in to view read count
Here are twelve new releases which stood out from those I heard this year, in no special order. 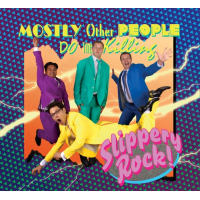 Leader and bassist Moppa Elliott's songwriting talents haven't deserted him: his charts, named after small Pennsylvania towns, are bursting at the seams with nagging melodies and rhythmic gear changes. Also present and correct are the affectionate nods to older forms and sources, this time particularly the smooth jazz of the 1980s, played simultaneously straight and with a devil-may-care abandon. For those who find the group's full on sound claustrophobic, nothing has changed here. These guys play a lot! Like peacocks strutting in their finery, they are as gaudy as the primary hued suits on the sleeve, making their first few albums seem almost tame in comparison. 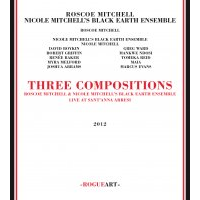 Veteran Chicago saxophonist Roscoe Mitchell's scores are interpreted by an established grouping with an AACM lineage—his namesake, flutist Nicole Mitchell's Black Earth Ensemble. This performance was one of three by the flutist's band at the 2009 edition of the Sant' Anna Arresi jazz festival in Sardinia, and is captured here in sparkling clarity. Mitchell's subtle but richly detailed scores, often involving subsets of musicians, are brought vibrantly into focus by the Black Earth Ensemble, both collectively and as individuals. Kudos should go to the Paris-based Rogue Art label, long a supporter of both Mitchells, for ensuring that this fine music has reached the wider public it deserves. 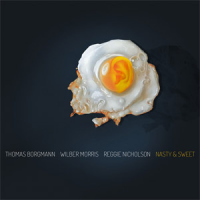 From the first few notes, it's apparent that something special is happening on Nasty & Sweet. Perhaps it's the way bassist Wilber Morris and drummer Reggie Nicholson sound so assured in their realization of the merest splashes of color. Completely unafraid to take their time, creating a powerful tension which isn't released even when German reedman Thomas Borgmann joins with his breathily majestic tenor saxophone smears. Sadly when Morris, brother of the recently deceased cornetist and conductionist Laurence Butch Morris, died in 2002, that signaled the end of the BMN Trio, making this unexpected resurrection all the more worth celebrating. 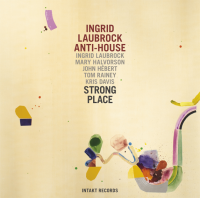 New York-based German saxophonist Ingrid Laubrock moves one step further in cementing her place at the heart of the Big Apple's fertile Brooklyn scene. Already on a roll with her plangent contributions to pianist Kris Davis' Capricorn Climber (Clean Feed, 2013), Laubrock lives up to the high standard she set herself with Anti-house's eponymous debut (Intakt, 2010). In that, she's aided by the same cast, but with Canadian pianist Davis now integrated full-time into the ensemble. Every nook and cranny on this wonderful record demands in depth appreciation and amply rewards the time spent. 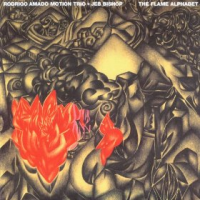 Motion Trio with Jeb Bishop
The Flame Alphabet
(Not Two)

The Flame Alphabet mirrors the quartet's debut—Burning Live (Jazz Ao Centro, 2012)—but in spite of being a studio session, manages to retain energy and drive of the concert situation. At the core of the disc's success lies the quick-witted interplay between the horns as reedman Rodgrigo Amado and trombonist Jeb Bishop prove well-matched in their joint proclivity for spinning honeyed tales. In that they are aided by Miguel Mira's sprightly cello, played pizzicato almost throughout in the bass role and Gabriel Ferrandini's superlative drumming, full of air and ingenuity. A disc that captivates with its blend of accomplished execution and responsive evolving narrative. 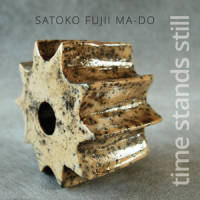 When asked why she has lead or co-lead so many different projects (23 at last count), pianist Satoko Fujii replied "It's like food. I don't like just Japanese food, but also Italian food, French food and so on, and I would soon get tired if I just ate Japanese food." If her ma-do quartet were to have a culinary equivalent it would certainly be tasty: something spicy with rich complex flavors. It's almost as if Fujii has so many ideas that she has to jam as many as possible into every composition. Each cut screeches into handbrake turns of clashing incongruity which the band somehow make sound unforced and natural. 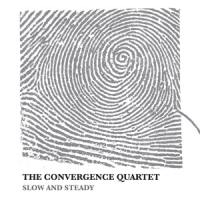 It might just be that the third record from the Transatlantic Convergence Quartet is their best yet. Recorded live at north London's Vortex at the conclusion of a short British tour, the band was firing on all cylinders. Comprising four strong composers who are also talented improvisers, a group identity has gradually become manifest: calling on both the jazz heritage and the free improv tradition, they combine lushness and austerity in slyly knowing conceptual gambits delivered with openness, wit and imagination. 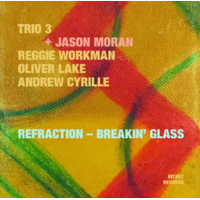 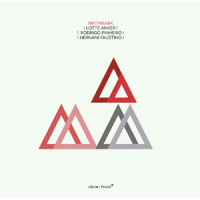 Danish saxophonist Lotte Anker relishes the slow burn. For confirmation, just lend an ear to records like Live At The Loft (Ilk, 2008) or Floating Islands (Ilk, 2009) by her trio with Craig Taborn and Gerald Cleaver to hear how she builds a soaring edifice from humble foundations. It's a trait she shares with Portugal's RED Trio who, in two acclaimed outings with saxophonist John Butcher and trumpeter Nate Wooley, demonstrate how they can absorb a radical stylist into their idiosyncratic group conception. Birthmark should appeal to fans of both outfits and make new converts besides, combining as it does Anker's fluent husky musings with the spare but astute sound placement of the Portuguese pair of pianist Rodrigo Pinheiro and bassist Hernani Faustino. 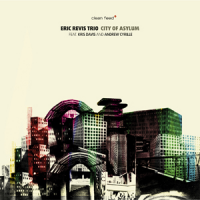 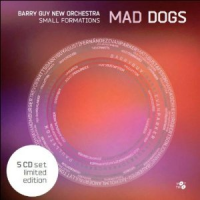 Selected from performances by some of the smaller groupings contained within the Barry Guy New Orchestra, this five disc compendium recorded in Krakow in November 2010, would be notable if it only featured the splendid sets by the Tarfala Trio and the Evan Parker/Barry Guy/Paul Lytton triumvirate. But there is much more to savor, ranging from the muscular encounter between iconclastic saxophonist Mats Gustafsson and the adventurous pianist Agusti Fernandez at one extreme, to the starkly beautiful duet between violinist Maya Homburger and drummer Lytton at the other.