Home » Jazz Articles » John Coltrane: There Was No End To The Music

Advertise
14
Jazz Near Me

John Coltrane: There Was No End To The Music 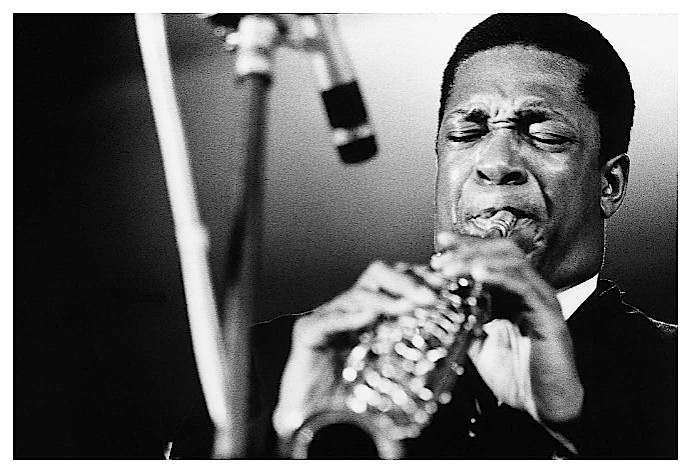 By Rob Armstrong
February 8, 2013
Sign in to view read count
[Editor's Note: All About Jazz, Hidden City Philadelphia, and the Preservation Alliance for Greater Philadelphia have collaborated to present a series of articles on the local jazz scene that John Coltrane inhabited, developed in, and ultimately transcended between 1943 and 1958, when he called the city home.]

When 18 year old John Coltrane moved to Philadelphia, in 1943 the nation's third largest city, he entered a fundamentally different world from his hometown of High Point, N.C. Like many African-Americans who migrated to major cities of the North, Coltrane joined older family members and friends already settled there. They lived in an apartment at 1450 N. 12th Street between Jefferson and Master Streets in an area since demolished for the Yorktown Urban Renewal project.

What Coltrane, already a studious musician even in high school, encountered here was a vibrant and intense nightlife scene almost completely centered on live jazz. Trane entrenched himself among a large group of highly skilled musicians and took advantage of the affordable, serious musical education available, all of which would have been inconceivable in the small town Jim Crow South. According to saxophonist Odean Pope, Philadelphia was the "institution" that fostered great talents like Coltrane, pianist McCoy Tyner, saxophonist Jimmy Heath, organist Jimmy Smith, trumpeter Lee Morgan, drummer Philly Joe Jones, saxophonist Benny Golson, bassist Reggie Workman, and Pope himself.

Pope makes the case that with New York relying on talent from other cities but not entirely fostering its own brand of jazz, Philly was the greatest jazz scene in the United States between World War II and the mid-1960s. New York, headquarters of the top labels and largest venues, was where you went when you made it big. Instead, Philadelphia was the proving ground for jazz artists, and its working-class people fostered the talent by packing rooms every week from Tuesday to Saturday nights. The sheer number of clubs, musicians' culture of sharing, strong instruction available at both the Ornstein School of Music, located at 19th and Spruce Streets, and the Granoff Studios, located at 2118 Spruce Street, and the discipline and practice regimen of key musicians in the scene, gave young men like Coltrane a true Philly jazz education.

"There was no end to the music," says Pope, who would regularly practice with Coltrane and pianist Hasaan Ibn Ali, a Philly legend who Pope claims was the most advanced player to ever develop in the city. Pope lived on Colorado Street in North Philly, near Hasaan's residence on Gratz Street. Together, they'd walk the few blocks to Trane's house on N. 33rd Street, once the saxophonist took up residence there in 1952, and have long jam sessions, trading ideas, practicing scales and showing each other the harmonic possibilities of their instruments. Hasaan's ideas were very advanced and Trane "practiced, practiced, practiced." Unfortunately, there is only one recording session available featuring Hasaan Ibn Ali: "The Max Roach Trio Featuring the Legendary Hasaan," from 1964 on Atlantic.

Pope argues that it's possible to draw a direct line from the technique that Hasaan taught Trane to the harmony Trane developed later on tunes like "Giant Steps." "Hasaan was the clue to all of that, to the system that Trane uses. Hasaan was the great influence on Trane's melodic concept," he says.

At the Granoff Studios, Coltrane studied under music theorist Dennis Sandole, who is credited with providing Coltrane with the thorough knowledge of the theory and philosophy of the complicated rhythmic, harmonic and melodic structures necessary to create, compose and play his highly sophisticated brand of jazz. 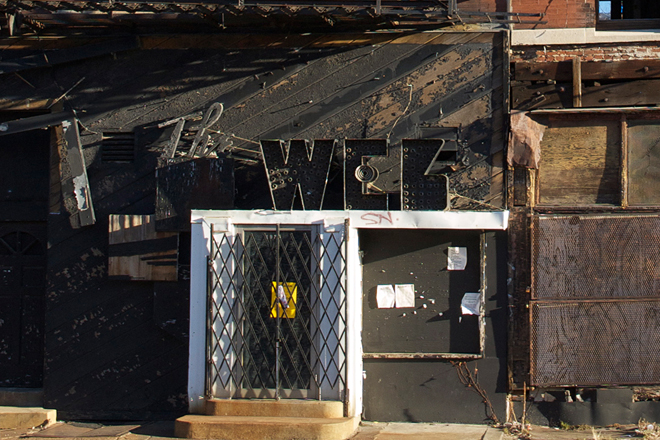 For all their practicing, education and discipline, Coltrane and his fellow jazz contemporaries could count on playing to packed houses every night during the late 1940s and 1950s. Much of the action was on Columbia Avenue, in a world almost entirely eviscerated by Urban Renewal—the building of Yorktown and the expansion of Temple University's campus—and by the race riot of 1964 and its aftereffects of intensifying disinvestment and poverty: the 820 Club at 8th and Columbia, Café Society on Columbia between 12th and 13th Streets, and further west, the Crystal Ball on Columbia between 15th and 16th Streets, the Web Bar on Columbia between 16th and 17th Streets, and The Northwestern and The Point on 23rd and Columbia. Nearby was Café Holiday at 13th and Diamond, the Sun Ray at 16th and Susquehanna and North Philly's largest nightclub in the 1950s, the Blue Note, at 15th Street and Ridge Avenue.

However, the best jazz "institution" of the era was the Woodbine Club, located at 12th and Master Streets, for it was here that jazz musicians would gather at 2AM when their gigs ended. During these sessions, says Pope, musicians learned new ideas and showed younger players techniques that would then be incorporated back into the repertoires and sounds coming out of Philly, all adding to the vibrancy of the institution in this most musical of cities.

Playing consistently, night after night, in clubs allowed Trane and others to develop their unique sound. By the time he left Philadelphia for New York in 1958, "all of the information he had acquired in Philadelphia gave him the opportunity to open up all his ideas and concepts," says Pope. This knowledge was based not just on touring regularly with Dizzy Gillespie, Miles Davis, and other major jazz greats, but also in the uniqueness of the tight knit scene developing here and the way Trane would share his ideas with other musicians he knew and trusted in Philadelphia, gathering insight into his own methods in the process.

Rob enjoys bicycling, music, homebrewing and rooting for the Phils.