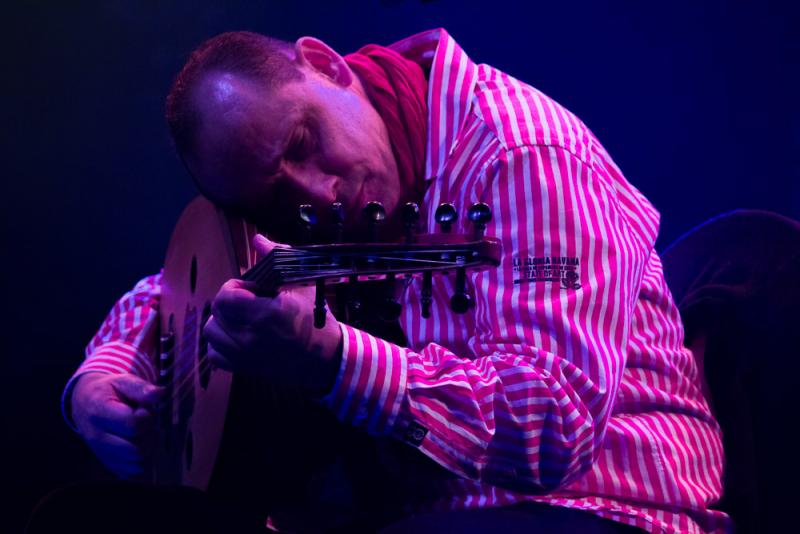 Meanwhile, off events were programmed downtown in one hotel and five restaurants converted into jazz clubs, in addition to jazz workshops for young students organized at the FOL (Fédération des Oeuvres Laiques). The objective was to transform Casablanca into a booming centre for jazz during the days of the festival.

The main concerts took place in the Hippodrome (racecourse) of Anfa. Characterized mostly by green spaces and a beautiful view over Anfa's golf course, the Hippodrome offered a relief to the audience, alongside a VIP space, dedicated to cocktails and concert preludes.

On Friday evening, April 30, Melody Gardot opened the festival. The audience knew beforehand that you do not necessarily need to be a jazz specialist to like Gardot's music, and was rather ready for the show and the musical voyage upon which Gardot was about to take them. Starting in Brazil with "Mira," Gardot mashed up fast rhythm with Samba influences. Up to Capo Verde, she "kissed the sky for Cesaria Evora" with a rhythmic rendition of "Sodade," then northwest to Paris with "Les Etoiles," played essentially with Manouche style guitar strings. Still with guitar, but in a flamenco fashion, Gardot moved south to Spain with "So We Meet Again My Heartache," then back to Brazil, closing the concert with "Lemanja." Gardot encored with an intimate version of "Over the Rainbow," accompanied by Stephan Braun, who grappled his cello like a guitar to release some smooth sounds.

On the second day, another female voice reverberated throughout Anfa's complex: Dani Klein. At the age of 60, Klein is still heading Vaya Con Dios with the same heated passion, though she confessed that this world tour is the last before her retirement. Overbooked, the concert promised amazing feedback from the audience; and indeed dancing, clapping, and singing all throughout the concert was part of the show. Vaya Con Dios' songs were all classics along with which the audience was ready to sing along. "Johnny," "Puerto Rico," "Just a Friend of Mine," "Je T'aime, Je T'aime..." and the final tune, "Nah Neh Nah," for which Klein asked the audience "to go crazy" and which was considered, by general consensus, to be one of the biggest highlights of this year's festival.

April 1 was by far a different date for jazz aficionados. Singer/oudist Dhafer Youssef was expected to play and sing a worldly jazz, yet one which combined oriental sufi airs with rock beats. His bliss-manifesting voice offered the audience another perspective on avant-garde jazz, where ascending music accompanied by climatic solos sounded like a mystic voyage. Youssef played mostly titles from Abu Nawas Rhapsody (Jazzland, 2010), specifically "Les Ondes Orientales," "Sura," "Ode Suite Profane," and "Khamriyyat Abu Nawass." The audience couldn't help but applaud Youssef's songs through an unconditional frenzy, spurred by the electric and very harsh playing of the skilled musicians accompanying Youssef: drummer Chander Sardjoe, double bassist Phil Donkin, and pianist Kristjan Randalu. For the pleasure of the audience, Youssef encored with "Ode poetry" from the album Divine Shadows (Jazzland, 2006). 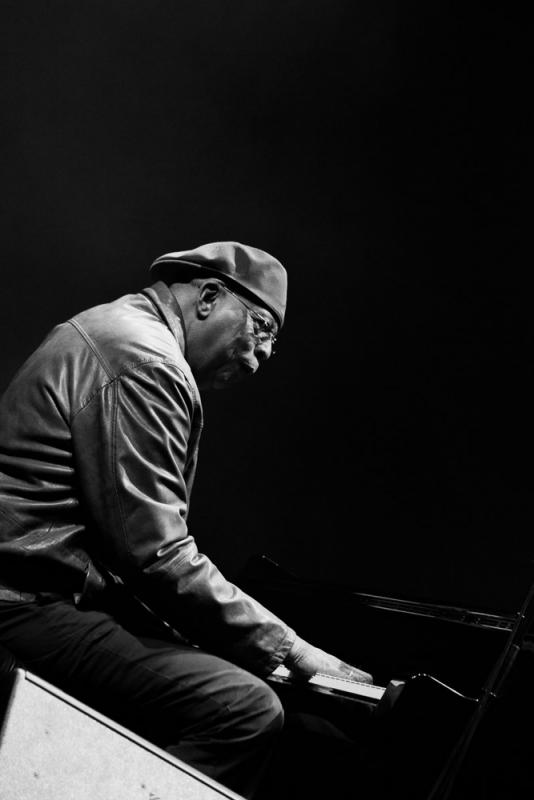 The following evening was memorable enough for an audience whose expectations were shattered as it featured Klezmer, funk, hip hop and jazz masterfully combined and performed by Abraham Inc. The multifarious collaboration of virtuoso clarinetist David Krakauer with funk trombonist/arranger Fred Wesley alongside hip hop rebel Solomon and Socalled produced energetic jazz transcending cultural boundaries. "Moskowitz Remix" set the tone for an evening marked by dance grooves, backed by Wesley's funky horns, and juxtaposed with Krakauer's never-ending clarinet solos. C-Rayz Walz's rap intrusions followed his Yiddish-like dancing, cheered on by the audience, who quickly got involved with the Klezmer madness. "Tweet Tweet," "Baleboste: A Beautiful Picture," and "Fred the Tzadik" absorbed the audience into the mood of the evening—so much so that the front rows were transformed into a dance floor, especially when Walz jumped off of the stage to stir up the excitement.

One day before the festival's closure was an occasion to instill a Moroccan touch to the worldly jazz scene. First, Ahmed Sultan—a young pop singer whose music is described as "Afrobian Soul"—set the perfect (and much appreciated) stage for the main show. M'oud Swing followed, an oriental jazz band from the United States, blending Arabic music with jazz, and featuring Moroccan oudist/composer Karim Kadiri alongside American keyboardist/producer Barry Sames. Kadiri opened the set with rooted oriental solos, followed by derbouka to give way to a universal jazz based on piano, bass, drums, and saxophone solos that, from time to time, drifted into Arabic airs. The music produced didn't resemble fusion, but rather a coexistence between two musical genres where space was allowed for smooth transitions and then coalition by the end of tunes.

April 4 was the D Day for Jazzablanca fans who clustered from everywhere to see the legendary Chucho Valdéz perform. 30 minutes before the start, the complex was already bulging with people who could not wish for a better closing concert. Valdez proved to be universal at all levels and thus broke misconceptions about an exclusive Latin jazz sound. He delivered Afro Cuban jazz with a strong hand on piano, followed by strong percussion; equally, he strolled gently on chords to produce harmonious melodies in the tradition of Bill Evans. The music strayed into fast, dreamy notes similar to Keith Jarrett's outings, but often took the shape of a structured ragtime. In such glowing improvisations, his reveries included misleading classical airs often restored by festive Afro Cuban sounds. He brought the weight of the past together with the complexity of the present and pleased the audience with fleeting transitions between genres.