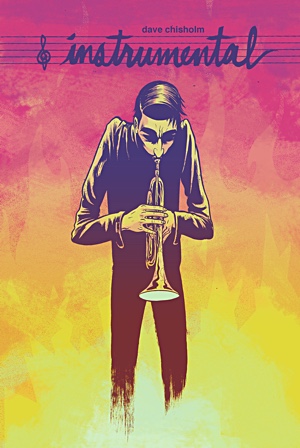 With Instrumental trumpeter/composer/cartoonist Dave Chisholm presents a black and white morality tale about a struggling young trumpeter and bandleader—with an accompanying soundtrack. There have been previous instances of visual/musical collaborations: I think of Alan Moore's The Birth Caul (and other "workings") that involved spoken word and music, in some cases later illustrated; more recently, songwriter Jonathan Coulton commissioned a graphic novel version of his album Solid State, written by Matt Fraction and illustrated by Albert Monteys. But Chisholm is the sole creator here, having written and illustrated the graphic novel as well as composed the accompanying music (which features his trumpet playing). The comic and the music can be fully experienced independently, but the combination gives additional resonance. Chisholm's cartooning would be at home with a publisher like Fantagraphics.

The protagonist in the comic is a young trumpeter named Tom who feels like he's in a rut. He's good but not great, and leads a quintet with a regular gig, but doesn't seem to be going anywhere. A stranger approaches him after a show and tells him his playing wasn't very good—to which Tom readily agrees. When he offers Tom an old trumpet, Tom accepts, not really expecting anything to come of it. Later he takes it out and starts playing, and the effect on his playing is electric: it's as if the heavens open up. When he plays it at that night's show his playing is so inspired that the band plays for hours to an unusually enthusiastic crowd. The joy of the occasion is dampened by the sudden death of an audience member, by apparent heart attack. This is the first indication that Tom may have unintentionally made a Faustian bargain (there was the sound of something falling above his apartment earlier, which turns out to be a neighbor who had died).

Initially Tom is on such a creative high that he barely notices that anything is wrong. But he becomes very protective if anyone asks him about the trumpet, and when a couple of guys approach him demanding the trumpet back, he runs away. They are eventually revealed as members of the religious cult that appears in a short vignette at the beginning of each of the seven sections of the book. They know where he lives, so he is forced to stay away from home for days, going on a series of extended overnight odysseys. At an after hours jam session he encounters the late saxophonist John Coltrane, who counsels him to be open to the Truth, so he can express it in his music. When the band lands a high-profile gig at a prestigious club he meets the mystic Russian composer Alexander Scriabin (also long deceased), who lectures him on the difference between apocalypse and Armageddon: apocalypse means the transformation of the world, while Armageddon means the destruction of it. He tells Tom his playing would create Armageddon, which ties in with all of the natural disasters that have been happening in the world since Tom started playing the cursed trumpet.

It turns out the decision is taken out of Tom's hands, as one of his pursuers attacks him and attempts to take the trumpet. Tom has an out of body experience—a vividly illustrated death and transfiguration sequence, which includes his life passing before his eyes in a montage of images. When he is revived he has a new perspective. The cult does not get their trumpet back, but Tom throws it into the ocean, realizing it's bad for him. 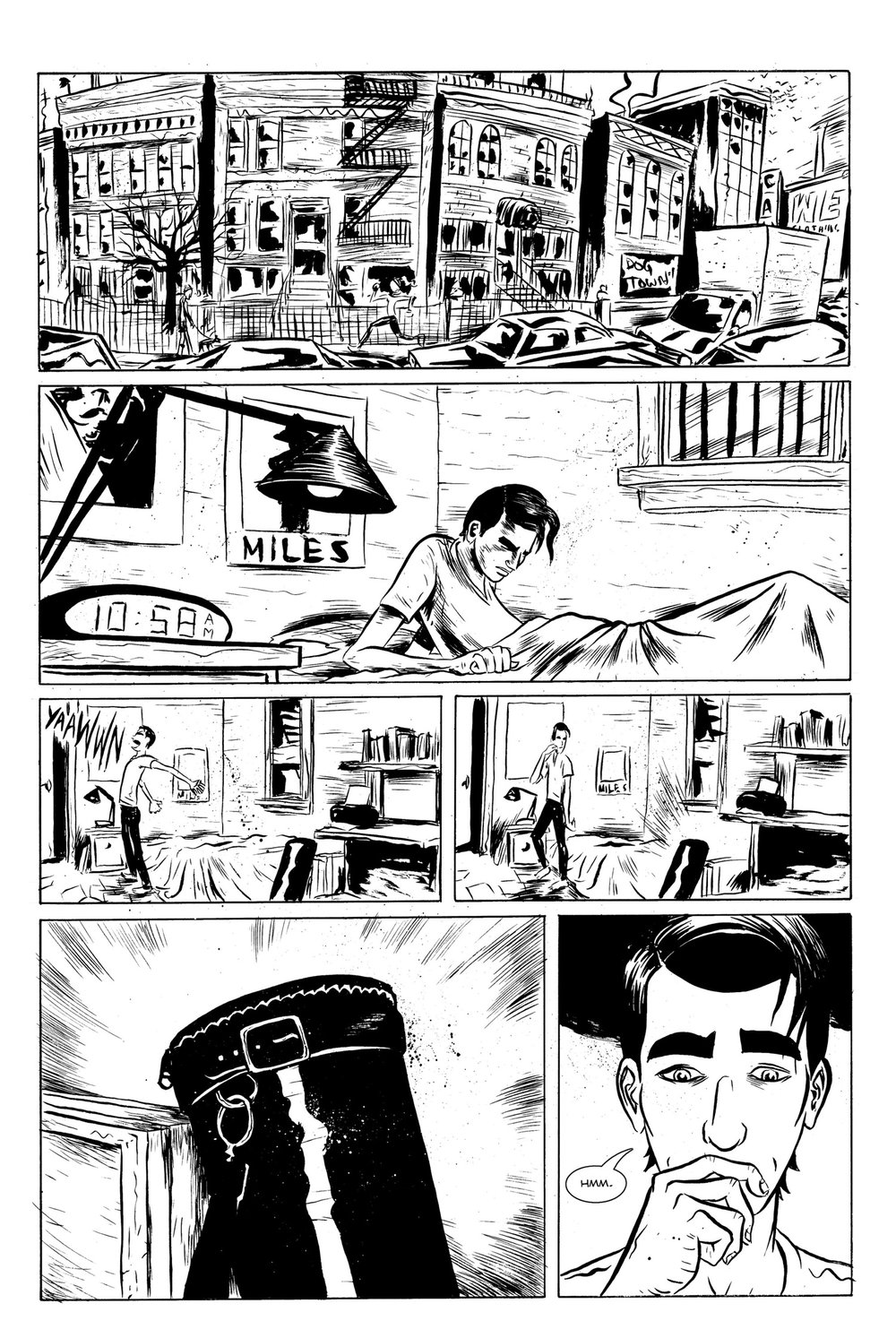 The soundtrack can be heard for free on Bandcamp (using the "name your price" model) and also comes as a download code with the printed comic. In addition to having seven tracks with titles that match the section titles in the book, the instrumentation parallels the illustrated band: a quintet with trumpet, guitar, piano, bass, and drums. Since Tom's band is playing his original music, the soundtrack quite literally represents the cartoonist's concept of what their music would sound like. There are a few places where there is literal tone-painting going on (e.g. the atmospheric electronics and "Dies Irae" riff on "Death and the Narrator"), but for the most part it's solid contemporary jazz of the sort that could be heard in the clubs depicted in the story.