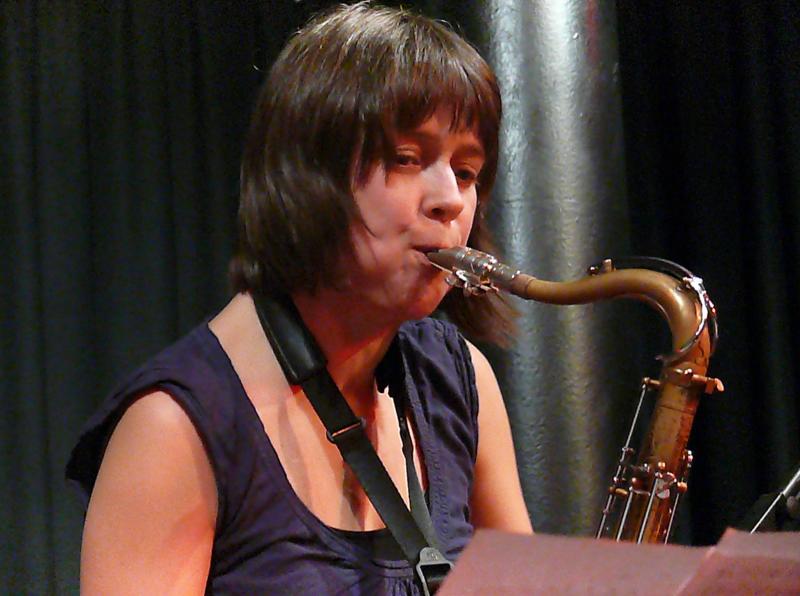 If music could be said to resemble a puzzle, then German saxophonist Ingrid Laubrock's Anti-House might be described as the sonic equivalent of a Sudoku. You know all the numbers fit somewhere and that there is logic behind it, but it just escapes comprehension as to how it operates. Without wanting to stretch the metaphor beyond breaking point, that was the conundrum facing listeners at the Vortex on the first date of the reedwoman's European tour. Each band member had multiple sheets laid out on music stands in front of them, but if you hadn't been watching you might imagine that they were never used, such was the spontaneity of the interpretation. Indeed sometimes the only way to distinguish the writing from the ensuing improvisation was to observe whether the musicians were following the scores—which they were for much of the time.

Ever since Laubrock relocated from London to New York City in 2008, she has become one of the rising stars of the scene, having fallen in with a coterie of like-minded individuals centered around Brooklyn. That's borne out by her appearance on a welter of discs in 2010, including fine performances on the collective Paradoxical Frog (Clean Feed, 2010) with drummer Tyshawn Sorey and pianist Kris Davis, drummer Tom Rainey's leadership debut Pool School (Clean Feed, 2010) along with guitarist Mary Halvorson, and her own sophomore effort on the Swiss Intakt imprint, Anti-House (2010).

Almost all the repertoire this night was from that eponymous album, prolonged in the concert setting but similarly, deliciously obtuse. Appearing alongside the saxophonist in Anti-House, in addition to Rainey behind the traps, were everyone's favorite guitarist Halvorson, now a feted leader in her own right with her Saturn Sings (Firehouse 12, 2010) prominent on many best-of-year lists, along with the guitarist's bassist on that recording, John Hébert.

Laubrock's tenor saxophone distortions were paired with Rainey's brush-stroked drums to open the first set, before being intersected by an angled guitar and bass figure. Then it was back to the initial twosome, with reiterated motifs from the saxophonist and Rainey striking his drum set with his hands as the piece took shape as a duet with interjections. So it went, with brief unison passages or snatches of rhythm or melody interpolated into more abstract, seemingly improvised, colloquy. It would be pointless to describe the myriad twists and turns inherent in each installment. It was cerebral, poised and taut, but also at times calling down all the visceral clout of Sixties fire music.

As with the studio disc, part of the fascination, in addition to the stellar playing, resided in listening to the episodic written structures and detecting when they had been jettisoned. Live, even among the odd emphases and accents, it was obvious that the charts played a large part. Typical of the stark contrasts and juxtapositions, the fourth number alternated lyrical rumination and heavy metal skronk with Rainey smiting his kit with relish, before, as with many of the segments, drawing to a low-key close.

Not only did the whole quartet prove to be astute readers (and they needed to be, as some of the compositions stretched across three taped-together pages), but they were also fantastic improvisors, able to switch between the two states in the blink of an eye, seamlessly moving in and out of intricate fast unisons in varied combinations. Even though solo and duo features emerged, they were used as an integral part of the proceedings rather than as blowing opportunities. Overall the level of musicianship was breathtaking. 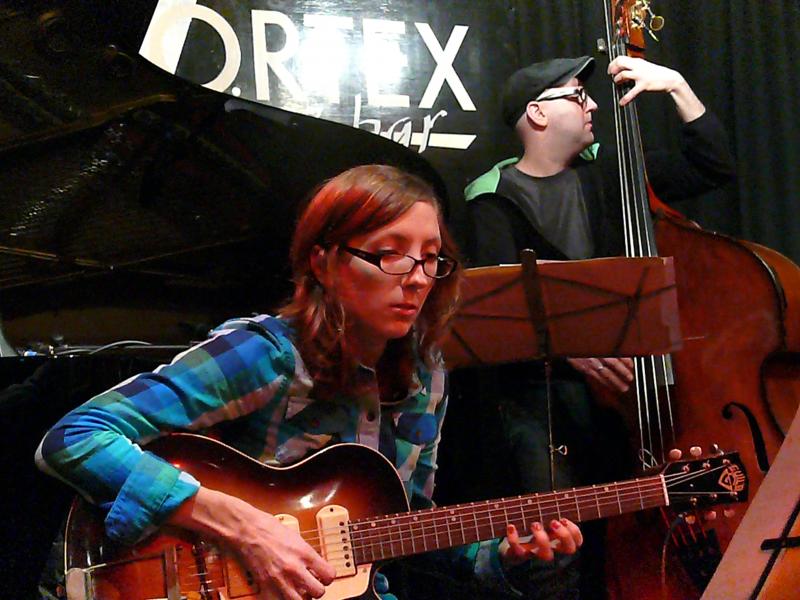 It was a pleasure to study Halvorson's work at close quarters. Combining scratchy plucking with effects pedals to conjure whirling comet tails of sound, she evoked thoughts of an unholy alliance between Jimi Hendrix and Joe Pass. Her dexterous runs, bent grace notes and single note tremolos meant that she was always a focus of attention even when the main action was supposedly elsewhere.

Hébert was the least demonstrative of the four, but still on the money, forming the golden thread which tethered the quartet together in the ensembles, whether with elegant pizzicato or velvety arco textures. But he was also adroit in the foreground, enjoying a responsive duo with Halvorson on "Quick Draw," and later taking a swinging solo on "Tom Can't Sleep."

Rainey was a revelation. His prowess is well known, but it was nonetheless an education to witness how he not only rendered odd timbres with exactitude, but how he then assembled them into bursts of off-kilter swing. When needed, he manifested a controlled ferocity, as with his whipcrack interjection on "Quick Draw" heralding the knotty theme. Whether circling explosive patterns around his drum set, sizzling on cymbals or rubbing his wetted fingers across his drum heads for a booming sigh, he combined power and precision in one casually virtuosic package. 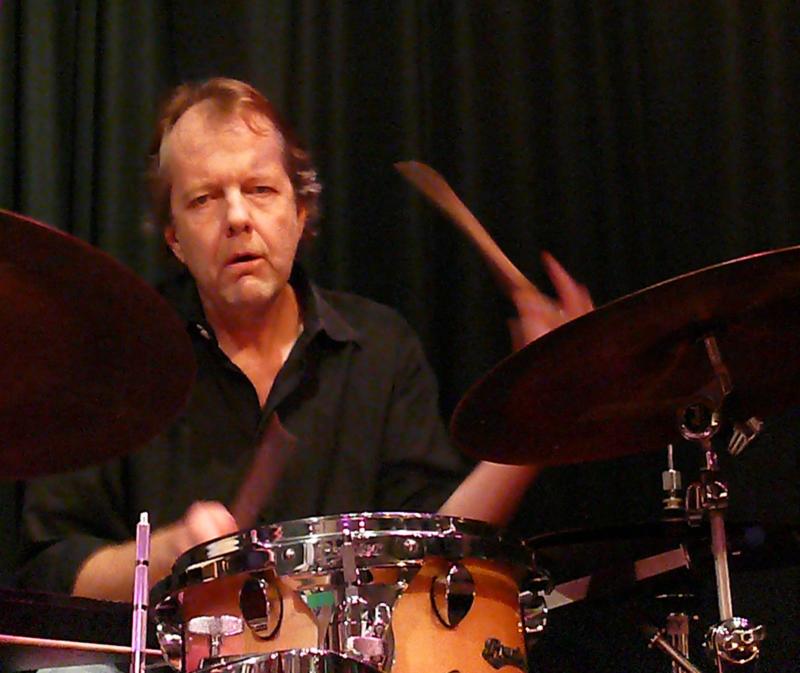 Laubrock shone even in this company. Although capable of breathy asides which would have pleased Ben Webster, she displayed a fondness for the sort of distorted tones which might have caused him to look rather more askance. Here she mixed false fingered shrieks with muffled cries and even stranger strategies, as when she removed the neck from her horn and blew directly into the body for a whooshing whistle, only to deftly replace the neck and mouthpiece for the next section. While she can shriek and overblow with the best, it seemed that this was just one more style deployed when required, rather than the default mode.

Special guest pianist Liam Noble joined for the third number, adding another layer to the absorbing complexity, taking the role filled by Canadian pianist Kris Davis on the group's CD. His inventive piano thickened the arrangements and extended the textural range, as when he answered Rainey's silvery tinkling glockenspiel with plucks on the piano strings on "Funhouse Glockwork." Unfortunately, I had to leave for the last train after just one piece from the quintet, but the show was recorded for BBC Radio 3, so there may yet be chance to taste what I missed as well as savor what I heard. And that would be very good, as this was a performance which could bear repeated listening.