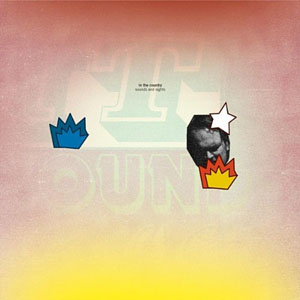 In the Country
Sounds and Sights
Rune Grammofon
2011

Since releasing its 2005 debut, This Was the Pace of My Heartbeat, Rune Grammofon's In the Country has, in the softest, gentlest way possible, evolved its purview and sound world, establishing itself as a piano trio like no other. Through two more recordings, 2006's Losing Stones, Collecting Bones and 2009's more ambitiously expansive Whiteout, this young Norwegian trio has gradually shifted its angle without deserting its wide range of touchstones, from Oliver Messiaen's sonic density and Morton Feldman's ability to linger quietly in the subconscious, to the unfettered but focused freedom of groups led by pianist Paul Bley—directly, and via pianist Keith Jarrett's heralded American Quartet—and a similar propensity for medium tempos as fellow Norwegian, pianist Tord Gustavsen.

Where In the Country deviates from all these references is its increasing interest in song form, with each successive album including more vocal tunes amidst keyboardist Morten Qvenild's dark, electronics-tinged writing. The distinctly melancholy and, at times, flat out painful subject matter is sung with rare vulnerability, from Qvenild's whisper of a tenor on the opening "Afraid" to drummer Pål Hausken's equally fragile but higher register delivery on "Slow Down," both new pieces making their first appearance here, on the trio's first live recording, Sounds and Sights.

A concert CD/DVD may be de rigueur at this point in In the Country's career, but it should come as no surprise that, just as Qvenild, Hausken and bassist Roger Arntzen have consistently defied easy categorization and turned away from convention, Sounds and Sights is not your typical CD/DVD package. Enlisting Claus Arthur Breda-Gulbrandsen, while there is some live footage, taken from a beautiful seven-camera shoot of the group's October, 2010 performance at Oslo's Nasjonal Jazzscene, the film director has, instead, created something more akin to art house cinema and, at times, film noir.

With additional audio footage culled from shows at Kongsberg's Energimølla and Cabin Recordings, a recording studio near Oslo, Breda-Gulbrandsen isn't confined solely to one performance, and the result is a 70-minute film that, shifting seamlessly between color and grainy black and white, has more inherent lasting value than most concert videos that are usually watched once, and then relegated to gather dust on the bookshelf while the CD becomes the most turn-to medium. Breda-Gulbrandsen even plays a little sleight-of-hand by running the credits after the live performance footage of Whiteout's propulsive "Ursa Major," complete with audience applause and group bows, but then going for a completely different kind of coda—the closest thing to a music video in the program, as a live version of This Was the Pace's hypnotic "Tree Canopy Walkway" creates a majestically somber backdrop for the film's bright colors in a country setting, complete with jugglers, dancers, acrobats, animals, and a blonde horseback rider, dressed in white.

"Tree Canopy Walkway" also ends the CD, but doesn't include "Ursa Major," though it does feature This Was the Pace's episodic "How to Get Acquainted, " and a version of Losing Stones' "Torch Fishing" that substitutes an equally impressive piano solo for one of the studio album's two features for guest guitarist Marc Ribot. In the Country may be moving more towards song form, but it's still a capable improvising unit, but one where, more often than not, it's about a collective sound rather than individual virtuosity. Hausken's disposition towards deeper tones—often placing towels on his drums and playing with mallets rather than sticks—and Arntzen's Charlie Haden-like search for the perfect note rather than a meaningless flurry—combines with Qvenild and guest vibraphonist/guitarist Andreas Mjøs—a Jaga Jazzist alum who also co-produced Whiteout—to give the group its dark orchestral textures. 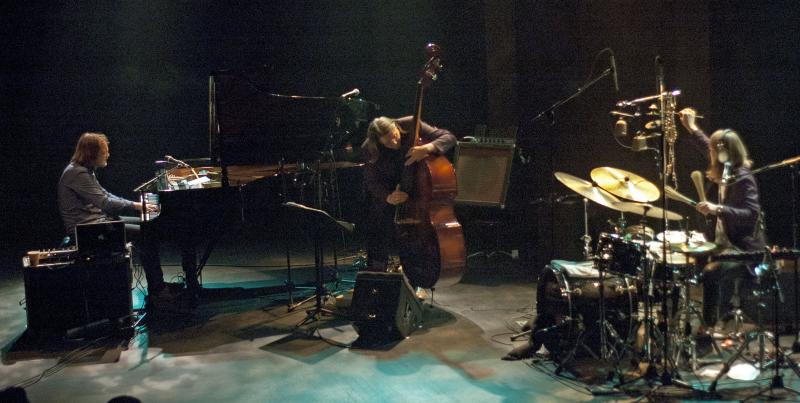 Perhaps the biggest surprise of Sounds and Sights, however, is the group's first-ever non-original—rather than a contemporary cover, an unexpected but ultimately in-context choice of the title track to Dire Straits' mega-hit, Brothers in Arms (Warner Bros, 1985). Eschewing Mark Knopfler's simple but poetically direct lyrics, In the Country plays it as an instrumental, and if Qvenild is relatively faithful to the song's basic verse and chorus form—with Mjøs' spare guitar fills, Arntzen's economically perfect choices and Hausken's understated combination of subtle military pulse, mallet-driven cymbals, hand percussion and brush work—it's his extended synth solo that pushes the song to a place of greater power than its arena-rocking originators ever achieved, making the dramatic drop in dynamics for a whisper-quiet final verse all the more compelling.

For some groups, live recordings act as a bit of a momentary pause; a consolidation of what's come before, clearing the road ahead for, perhaps, a shift in direction. Given that In the Country has never really stuck to the road well-traveled, Sounds and Sights is far more than a breather for the group. It may include material culled from its first three recordings alongside its two new originals and one cover, but when Losing Stones' "Kung Fu Boys" is stretched to nearly four times its original length for "Kung Home," and the trio's "concert film" is more an interpretive inspiration by its director—who was simply given some of the live recordings and left entirely on his own, the group not seeing the finished film until weeks before pressing—then Sounds and Sights becomes, instead, an equally evolutionary part of In the Country's growing discography, and one that stands alongside its first three recordings as some of the best music to emerge from Norway in the past half decade.

In The Country: band/orchestra.