Lionel Loueke: In a Trance

BY JOHN KELMAN
December 6, 2005
Sign in to view read count 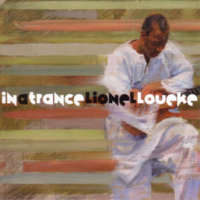 When Benin-born guitarist/vocalist Lionel Loueke appeared at this summer's Ottawa International Jazz Festival, he was a real highlight amongst the entire group of stellar young players in trumpeter Terence Blanchard's band. His solo spot, where he used looping and harmonizing devices to create a veritable mini-orchestra with just one voice and guitar, illustrated how technology can be used to create something natural. Jazz Luddites regularly rail against the use of electronics to tarnish the "pure nature of jazz, but Loueke clearly doesn't subscribe to such a narrow view. Technology is only as good as the hands it's in, and an increasing number of artists are finding ways to utilize it to stretch the shape of jazz.

Loueke came relatively late to the guitar. After mastering indigenous percussion instruments in Benin, he picked up guitar at the age of seventeen and, in the ensuing fifteen years, has amassed a wide breadth of formal education at institutions including Paris' American School of Modern Music and Boston's Berklee School of Music. In the past three years Loueke has recorded and performed with significant artists including Herbie Hancock, Charlie Haden and, of course, Blanchard—who has used Loueke increasingly since the release of Bounce (Blue Note, 2003).

Loueke's solo debut, In a Trance, demonstrates in no uncertain terms why these artists are clamouring to work with him. Playing acoustic guitar almost exclusively—even more specifically, the nylon-stringed variety—Loueke combines the folk music of his birthplace and other locales with a rich harmonic language that may not be jazz by a reductionist definition, but is by any contemporary standard.

If there's any frame of reference for Loueke, it's Egberto Gismonti. Like Gismonti, Loueke's enthic roots are clear, but while "Nonvignon has an unmistakable highlife groove, Loueke's guitar lines insidiously incorporate more outside-the-box thinking. "Benny's Tune stems from the same raw Brazilian tradition that Gismonti has explored for decades—more Amazon rainforest than Rio de Janeiro.

The most remarkable thing about In a Trance is its live nature, with no overdubs. Loueke's organic use of looping technology transforms one voice and one guitar into something much bigger. He transforms his guitar into a percussion instrument, creating rhythm loops by slapping it and using his fingers on it as if it were a drum. That's not particularly new, but the percussive intro to "Mivakpola demonstrates just how much farther Loueke takes his instrument.

Loueke's writing ranges from the darkly lyrical "Fifa to the melancholy solo electric lament "Always Will Be, the blues-inflected "Boum-Boum!!! and the brief, rhythm-driven "Nagbe, where he builds a virtual chorus of vocals in real time.

Intimate and revealing of a mind that views stylistic barriers as artifices to be dissolved, In a Trance demonstrates in the most musical way just how seamlessly technology can integrated. Loueke may have but one voice and one instrument, but in their surprising variety and orchestration, he makes clear why he's become so widely in demand in such a short period of time.