I Called Him Morgan at Belfast Film Festival 2017 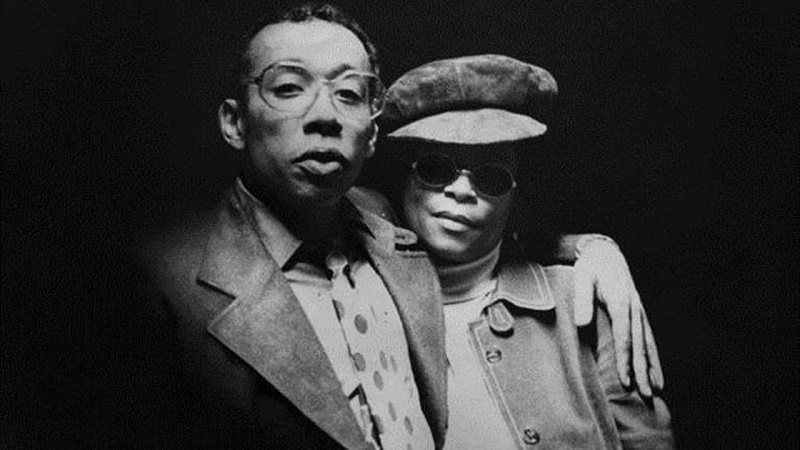 BY IAN PATTERSON
April 4, 2017
Sign in to view read count

There was some concern. What was coming next in his life?
—Wayne Shorter 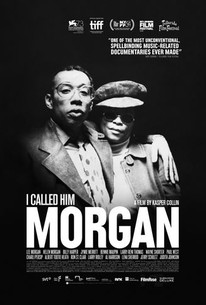 There was something appropriate about the screening of Kasper Collin's documentary I Called Him Morgan in the Strand Arts Centre. The furnishings of this old, art-deco cinema look little changed from the 1950s, when, on the other side of the Atlantic, trumpeter Lee Morgan burst onto the New York jazz scene as a teenager. The screening was part of the Belfast Film Festival, now in its seventeenth year, and would have been the second Kasper Collin documentary about a jazz musician to be screened in Belfast this month but for the no-show of the reels for My Name is Albert Ayler (2006) during the Brilliant Corners jazz festival.

There's something inherently tragic about any premature death, but the death of celebrated trumpeter Lee Morgan at the age of thirty three, shot by his wife, Helen, in a jazz club in New York's East Village, was tragic in more ways than one. Swedish director Collin's film, part true-crime tale, part documentary, digs into the lives of the trumpeter and Helen More, foregrounding the remarkable talent and meteoric rise of the former, and the remarkably tough upbringing of the latter, in an attempt to retrace the chapters that led up to the fatal shooting in Slug's Saloon during a fierce snow blizzard in February 1972.

That Morgan was even alive then, never mind playing, it becomes clear, was thanks to More, who came into Morgan's life when Morgan—a prolific Blue Note recording artist, even by the standards of the day—had succumbed to heroin, whilst at the peak of his musical powers.

The film's intrigue resides in Collin's ability to continually construct a sense of brewing storm, taking the narrative back and forth in time so as not to unravel too much too quickly. The tale also dances back and forth between portrayal of Morgan's rapid rise and More's altogether more challenging trajectory from rural Carolina to New York.

The seeds of Collin's documentary were effectively planted in 1988 when writer, teacher and jazz radio presenter Larry Reni Thomas discovered that one of his students in his Ancient Civilisation class shared his love of jazz. Mrs Morgan, Thomas relates, was reluctant to be interviewed, but eventually decided to share her story in February 1996. Thomas duly recorded Helen Morgan's story on two Sony cassettes. The timing was fortuitous, as Helen Morgan died the following month. Her voice provides ghostly witness to events of the past.

The aged, hissing cassettes revive Helen's early life on a North Carolina farm, where she was a mother of two by the age of fourteen. "I never said I wanted any children," Helen recounts chillingly. The children were raised by Helen's grandparents, as Helen soon left—how many more births could a teenager struggle with?—and moved to Wilmington to escape one life and start another. At seventeen, Helen married another man twenty two years her senior and moved to New York. Neither this union was a happy one.

Collin threads Helen Morgan's voice throughout the film along with testimony from those closest to Lee and Helen, including musicians such as Wayne Shorter, Charlie Persip, Albert "Tootie" Heath, Bennie Maupin and Jymie Merritt, and Helen's son Al Harrison.

Wonderfully evocative, artful photos by Francis Wolff of Lee Morgan and the musicians surrounding him at that time, go hand-in-hand with the brilliant musical score, while grainy period footage provides both a sense of place and of the passage of time.

One photo in particular shows Lee Morgan in rehearsal with his head bandaged. His injury, relates a former girlfriend, came when he collapsed after getting high and hit his head on a radiator, which then burned him. What draws the eye in the photo, however, is not Morgan, but the spooked look on Wayne Shorter's face as he stares fixedly at the trumpeter. "There was some concern," Shorter states simply. "What was coming next in his life?"

A spiral out of control is what came next. "He went down as far as you could go," says Persip. At one point, the story goes, Lee Morgan sold his shoes to feed his habit. Drugged to the eyeballs and unreliable, nobody wanted to hire the trumpeter and inevitably, Morgan drifted off the radar. Albert 'Tootie' Heath remembers being on a subway train one day and spotted Morgan standing on the platform at 125th Street. "He looked like a homeless person," remembers Heath.

A greater tragedy was averted, however, when Morgan's plummeting career—and his life—was turned around when he met Helen More, who soon became Helen Morgan. According to an old friend, Paul West, it was almost as if Helen— fourteen years Lee's senior—"had adopted a child."

Helen's steadying influence on the wayward jazz musician was noted by all. "He had never come to a job without her," says Slug's Saloon owner Jerry Schultz. "We did the contract with her, you know? It was like she was managing him...she carried his trumpet case, you know? She did everything for him."

By all accounts Lee and Helen were a much loved couple who cared for each other deeply. Lee's affair with another woman, therefore, comes as a shock, though nowhere as big a shock as that provoked by Helen's violent revenge. Perhaps her husband's barely concealed infidelity was one blow too many in a life that had endured more than its fair share of hardship.

The night of the fatal shooting is remembered by multiple persons against a soundtrack that flits back and forth between the howling wind outside and the chatter inside Slug's Saloon -an effective piece of direction that ratchets up the tension.

Almost as a coda to the main events, we learn that Helen pleaded guilty to second degree manslaughter and served a short prison sentence. Clearly, the judges felt compassion for a woman, tortured with guilt, who had lost everything.

Collin's sensitive relaying of this tragic tale invites compassion for Helen Morgan. I Called Him Morgan is above all else a compassionate work of art that leaves judgement to others.