By Matt Marshall
November 15, 2022
Sign in to view read count 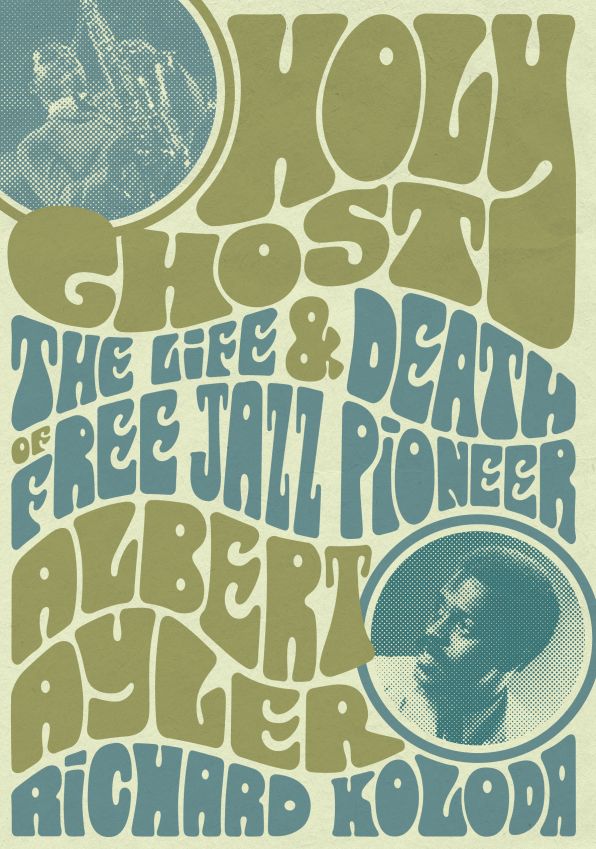 There's a special enthusiasm in the Cleveland, Ohio, jazz orbit for avant-garde saxophonist Albert Ayler—an insistent push to celebrate, memorialize, canonize a legend thought to be unjustly forgotten by his hometown—that isn't seen for, say, Tadd Dameron or Jim Hall. (Leading this charge is New Ghosts, a three-man team dedicated to presenting free jazz and other experimental music shows in the vein of Ayler.) Maybe it's because Ayler's music wasn't widely accepted during his lifetime, taking decades to gain a broader audience that encompasses even those—or especially those—not particularly interested in more standard jazz fare. That, coupled with the mystery and wildness of his sound, can make Ayler seem as much a contributor to our own turbulent times as an interesting figure of some archived past.

What's been missing, however, is a substantial English-language biography of Ayler. Holy Ghost: The Life & Death of Free Jazz Pioneer Albert Ayler by Cleveland-area musicologist (and lawyer) Richard Koloda corrects this omission. Some 20 years in the making, this extensively researched book corrals a vast amount of critical responses to the saxophonist's music—both contemporaneous and posthumous (from Ekkehard Jost, Amiri Baraka, W.A. Baldwin, Val Wilmer, et al.)—along with commentary from fellow musicians, to explore the nature, evolution and impact of Ayler's art. Koloda shares the full range of views—his is not a book of hero worship—and often pits opposing opinions against one another, providing not only a comprehensive review of the music's character and reception but, more importantly, an inviting nudge for the reader to return to the music and consider it anew. Koloda stresses the "geometric shapes and forms" (drawn from New Orleans jazz, marches, and folk music, among other sources) that structure the seemingly chaotic music, and documents how the forms changed as musicians moved in an out of Ayler's band. The breadth of material Koloda gathers is impressive, and he manages it with aplomb, never allowing the narrative to bog down in esoterica.

Still, it's a shame we don't get more input from the author, who is fastidious in parsing recording dates and mislabeled song titles, but expresses few opinions about the music itself. In the preface, Koloda primes us for some key personal analysis, arguing that the book, " [a]gainst critical consensus—and Ayler's own assertions," attributes the saxophonist's shift to pop-jazz to the "limited resources of his trumpet-playing younger brother" Donald Ayler. But this argument isn't supported elsewhere in the book, which is just as likely to praise Donald for his innovations as dismiss him as an amateur—and, again, primarily by citing the opinions of others.

Despite what might be inferred from its subtitle, the book focuses mostly on Ayler's creation of music, not his personal life. Koloda supplies a nice overview of the musician's youth in Cleveland, including early friendships and influences (religious, especially), his teenage success on the golf course, and his first musical steps. But once his career takes off, we get only snippets here and there about Ayler the man (and many of these—abandoning a pregnant girlfriend, neglecting a wife and children, dismissing his brother Donald and other musicians in curt fashion— aren't too flattering). Although his stated goal in the preface is to focus on Ayler's legacy and not his mysterious death, Koloda does spend several pages examining the many (often quite speculative) explanations for how the musician's body ended up in New York City's East River on November 25, 1970. And while Koloda also asserts that his book must confront "those who have marginalized, maligned, and spread misinformation about Ayler," the only strong pushback is reserved for journalist Michael Drexler and his 1997 Plain Dealer article (what Koloda derides as a "puff-piece in the paper's Sunday supplement") that linked Ayler's death to drug dealing.

But, again, Holy Ghost is primarily concerned with Ayler the artist, marshaling criticisms and interviews to study his place in the social and musical upheavals of the 1960s. Ayler, Koloda reminds us, professed to be seeking music that "people can hum," moving from "simple melody to complicated textures to simplicity again." And while some readers may come to agree with drummer and Ayler band mate Milford Graves that "this was music that needed to be experienced, not analyzed," Koloda does us all—the devotees, the casual fans, the curious, the skeptical—the favor of expertly weaving together the simplicity and complexity of Ayler's music, philosophy and times, providing an engaging and long-overdue biography of one of jazz's most divisive innovators.