By Karl Ackermann
August 6, 2019
Sign in to view read count 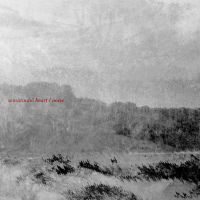 Sensaround is an electro-acoustic trio of Australian and Scottish lineage, co-led by the familiar names of Alister Spence and Raymond MacDonald and the less recognized Shoeb Ahmed. Heart/Noise is the group's third release following the 2014 Isotropes (hellosQuare recordings). The music defies categorization, combining—as the musicians describe it—"jazz ambience, ghostly dub, and post-punk experiments...." It is not likely to conjure up associations with anything else in or around the periphery of jazz.

A composer, keyboardist and effects artist, Spence established himself with Western audiences playing with pianist Myra Melford on the excellent Everything Here Is Possible (Self Produced, 2014). That complex, lyrical facet of Spence's musical personality (playing a Steinway grand piano) was followed by several projects of a different nature, with Satoko Fujii. The 2018 releases Bright Force (Libra Records) and Intelsat (Alister Spence Music) found him in an electric setting while on Imagine Meeting You Here (Alister Spence Music, 2019) he served as conductor of Fujii's fifteen-member Orchestra Kobe. Spence has led his own critically acclaimed trio for over two decades, releasing seven albums.

Saxophonist and composer MacDonald has left few stones unturned in his prolific career. With more than sixty albums, he has composed for visual art installations, film, theater and more. Working with a diverse set of artists from David Byrne to Evan Parker, his deft blurring of the line between improvisation and composition can be best heard on Parallel Moments (Babel Label, 2014) with Marilyn Crispell. MacDonald is a founding member of the long-running Glasgow Improvisers Orchestra who have recorded with George Lewis, Barry Guy, and other notable artists. Shoeb Ahmad has recorded six albums and several EPs as a leader. She utilizes electronics, keyboard, laptop, voice and field recordings in her solo work, most of which is non-genre specific experimentation.

Spence and Ahmad each use effects pedals but the bulk of the technology falls under Ahmad who works with two samplers and analog synths. Spence mans the Fender Rhodes and percussion, with MacDonald making up the acoustic third of the trio. On the eleven-minute title track, Macdonald's distant, mournful tenor saxophone, initially acts as a sharp contrast to the industrial pulses generated by Spence and Ahmad. As the piece progresses the pull of those rhythms seems to absorb and convert the sax into an alien form until both dissolve in single tones. Similarly, the saxophonist's soulful soprano presents a ghostly extended intro on "Fours and Sevens" then evaporates into the maze of gongs and bells. The smokey "Winter Sleepers" suggests the dark, atmospheric doom jazz of Bohren & Der Club of Gore while the minimalist "The River Wound" is a hybrid of electric and acoustic tones.

MacDonald and Spence have a musical history that includes two duo releases, Stepping Between the Shadows (Rufus Records, 2012), the self-produced Sound Hotel (2018), and a large ensemble project. Their synergies are evident, and with Ahmad, the trio feels like a single autonomous entity. The music on Heart/Noise is strikingly executed; multi-dimensional, deep and opulently textured. Highly recommended.